Advertisement
The Newspaper for the Future of Miami
Connect with us:
Front Page » Arts & Culture » Golden Sky to follow Umbrella Sky in Coral Gables 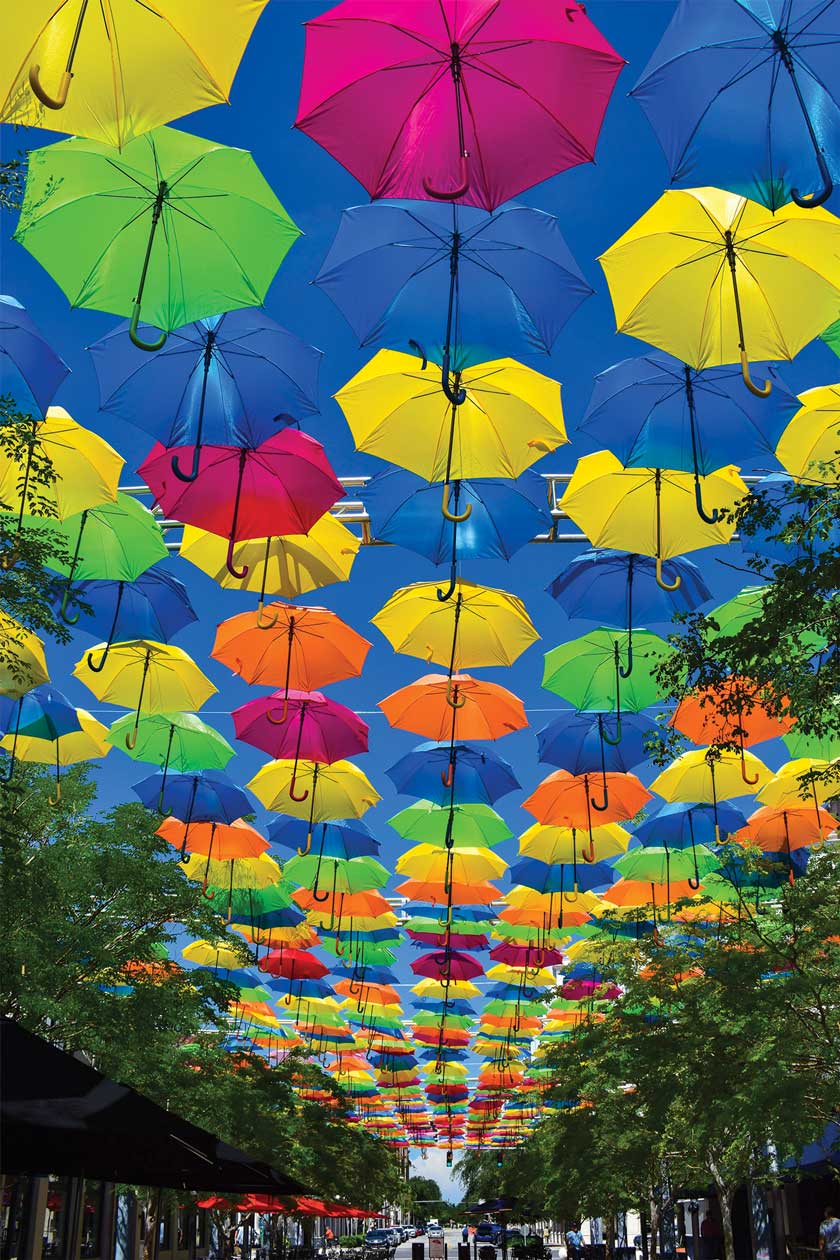 Golden Sky will be the newest art installation decorating Giralda Plaza in Coral Gables, with a price tag of approximately $150,000.

After the success of Umbrella Sky, the wildly popular art installation that hung hundreds of colorful umbrellas over Giralda Plaza, in August the city commission requested that staff come up with another idea to ramp up visitation to the area over the holiday season. City staff came back with the newest hanging art concept: Golden Sky.

However, Golden Sky is not expected to be as successful as Umbrella Sky. Umbrella Sky is a “tough act to follow” and was “the perfect storm of the dead season of summer” combined with no competition, since winter is the popular time for new art installations, according to Belkys Perez, marketing and events specialist for Coral Gables. The time of year combined with Umbrella Sky being the first installation of its kind in Coral Gables made it “impactful.”

Golden Sky will consist of gold and silver metallic strips that reflect light as they move when the wind blows. It will be the first installation of Sky in the United States and the city will use the same vendor as for Umbrella Sky, Sextafeira Productions, for the installation.

Golden Sky will be installed for three months, the same time period as Umbrella Sky. The city is currently looking for sponsorship to help cover some of the costs of the project and will also use money from last year’s fund balance to help, since parking revenue generated from Umbrella Sky was so significant. The total estimated revenue from Umbrella Sky is around $238,958.

The resolution passed unanimously through the city commission on Tuesday and Golden Sky will probably be installed in November.