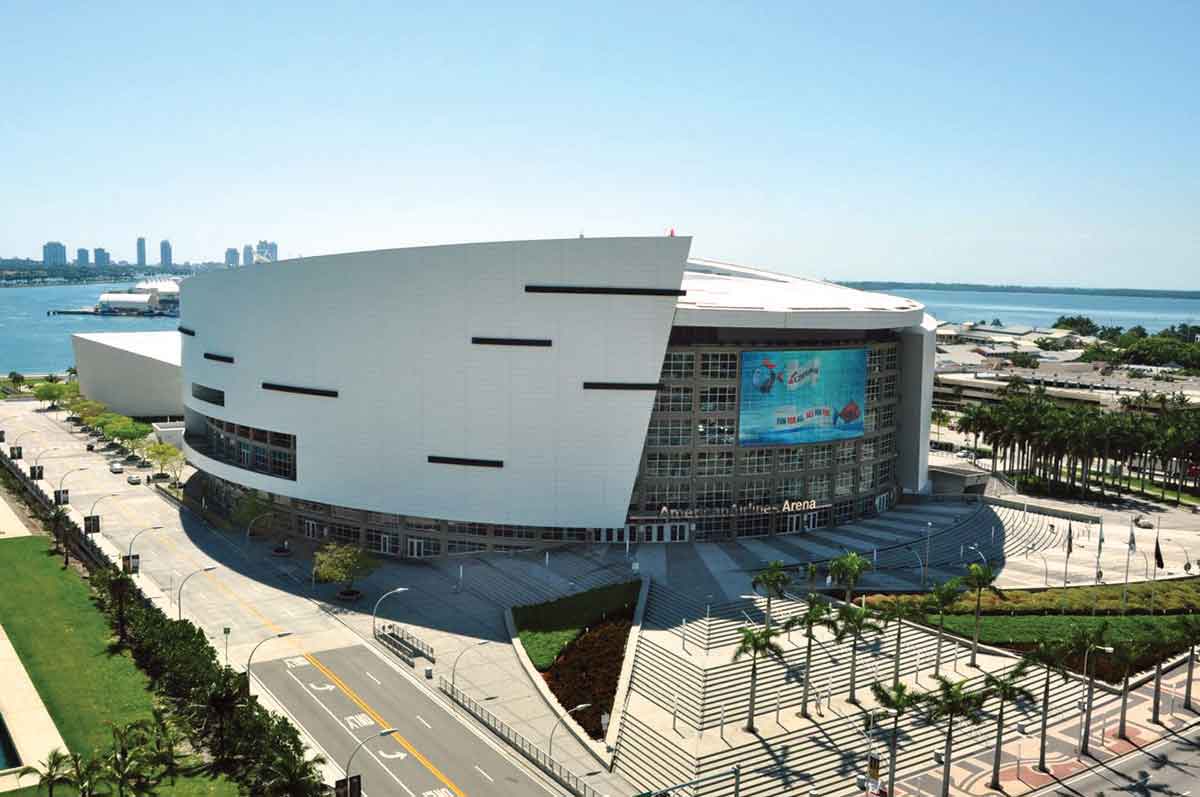 The home of the Miami Heat may have a new name after more than two decades, as Miami-Dade commissioners Tuesday directed the administration to secure a naming rights sponsor for what in two years may no longer be called AmericanAirlines Arena.

Basketball Properties Ltd., the Heat sister company that manages the county-owned arena, is required to assist in the process.

The arena manager currently collects $6.4 million yearly from the county to manage the facility plus $2 million for the current naming rights, which expire Dec. 31, 2019.

The county’s share of the deal with American Airlines is a $100,000 reduction in its annual payment to the arena manager.

“This is the way to go,” Mayor Carlos Giménez said. “We think [this will bring in] anywhere from $25 million to $50 million to the county for a contractual right we hold.”

Under the new arrangement, the county would pay Basketball Properties $2 million a year and keep all naming rights money beyond that.

Miami-Dade sold the 20-year naming rights for the arena to American Airlines in 1997 for $42 million, or $2.1 million per year commencing in 1999, when construction of the arena was completed.

However, the actual amount would probably be more than that, according to Miles Gallagher, president of The Superlative Group, which on behalf of the county will seek a new naming contract in exchange for 5% of the annual rate.

The Cleveland-based company, described on its website as “one of the most experienced, knowledgeable and successful sponsorship analytics sales firms in the world,” has secured name contracts for stadiums used by the Cincinnati Reds, St. Louis Cardinals, Marine Corps, Air Force and Army.

“The $2 million you get from naming rights are far less than what it’s worth,” Mr. Gallagher told commissioners. “We think conservatively it’s worth at least $6 million, which is a $4 million increase.”

The new contract, he said, would also include an annual increase based on the consumer price index, which would affect both the county’s earnings and that of his firm based on its 5% cut.

No such annual increase was part of the current deal.

■Dallas, whose Mavericks had the fifth-highest attendance in the NBA last season, according to ESPN.com. Dallas sold the naming rights of its basketball arena to American Airlines commencing in 2001 for 30 years for $195 million, or $6.5 million a year, an archived American Airlines release shows.

■Brooklyn, which in 2007 sold the naming rights of the indoor arena that would house its Nets basketball games commencing in 2012 for $200 million, as reported first by the New York Post and confirmed subsequently by multiple outlets – a 20-year deal earning $10 million a year. The Nets posted the second-lowest attendance in the league last year.

■Sacramento, which in 2015 sold 20-year naming rights to Golden 1 Credit Union for $120 million, a $15-million-per-year deal, the Sacramento Bee reported at the time. The Sacramento Kings in 2018 ranked 18th among 30 teams in attendance, ESPN.com shows.

■Oakland, home of the Golden State Warriors, which sold the 20-year naming rights for its arena to JPMorgan Chase for $120, a $15-million-per-year deal, in 2016 – one year after the team captured the NBA championship. ESPN.com lists Golden State as having the seventh-highest attendance in the league.

■Atlanta, whose Hawks posted the worst attendance in the league last season, this year sold naming rights for $175 million to State Farm, a deal that that over 20 years will earn $8.75 million a year.

According to Pollster, an entertainment publication that collects and tabulates box office records, AmericanAirlines Arena last year was the top-ranked arena in the state, the sixth in the nation and 18th globally.

“By our estimates, we believe that if we exercise the contractual option we have, we can garner anywhere between $20 million and $50 million extra through a 20-year period [over] and above all our other commitments,” Mr. Marquez said Tuesday. “Back in 1997, the AmericanAirlines Arena was a new concept, and I don’t think the county was prepared to take on that task. Now we are.”

The county’s current agreement with Basketball Properties allowed for three possible scenarios upon its expiration. Commissioners chose the first.

■Scenario One: The county will sell the naming rights for a 10½-year term between Jan. 1, 2020, and June 30, 2020. The county has exclusive contractual rights to re-sell naming of the arena after the deal ends through June 30, 2040. Under this scenario, Miami-Dade will pay Basketball Properties $2 million per year and keep the remaining balance paid by the sponsor.

■Scenario Two: If the county chose not to exercise its naming rights option, American Airlines could elect to extend its agreement through June 30, 2030, upon county approval. If the agreement was extended, Basketball Properties and Miami-Dade would equally share revenues over $2 million, minus the $6.4 million annual county payment to the arena manager.

“It’s a no-brainer,” Commissioner Joe Martinez said Tuesday. “We missed the Big Three era, where we really could have cashed in.

“We should capitalize on it – take it in,” he said.

Commissioner Sally Heyman said she was pleased the county was exercising its right to seek a better naming rights contract but defended the deal the county secured in 1997, which in hindsight may now seem foolhardy.

“I remember, with other colleagues and the commission, saying ‘What a great opportunity to bring people downtown that otherwise would shun it at night,’” she said. “If you look at the analysis – everything is 20 or 30 years [old now] – it was a great deal. [It] made sense then.”

Mr. Marquez said he’d spoken with American Airlines. The company’s representatives, he said, deferred to the Miami-Dade’s judgment in pursuing a new deal but expressed a willingness to negotiate new terms once the county sent out solicitations.

Commissioner Jose “Pepe” Diaz suggested that the county examine other potentially untapped naming rights opportunities. In the same way Metrobus vehicles earn steady income from sponsorship information on their surfaces, he said, the county should take index of its properties and determine how to leverage them where appropriate to earn extra dollars.

“We need to review, in general, our full structure,” he said. “We shouldn’t stop just at this building. There’s a hunger for this type of advertising.”

Mayor Giménez said he would look into it.