Advertisement
The Newspaper for the Future of Miami
Connect with us:
Front Page » Transportation » County scours nation for best bicycle and scooter sharing rules 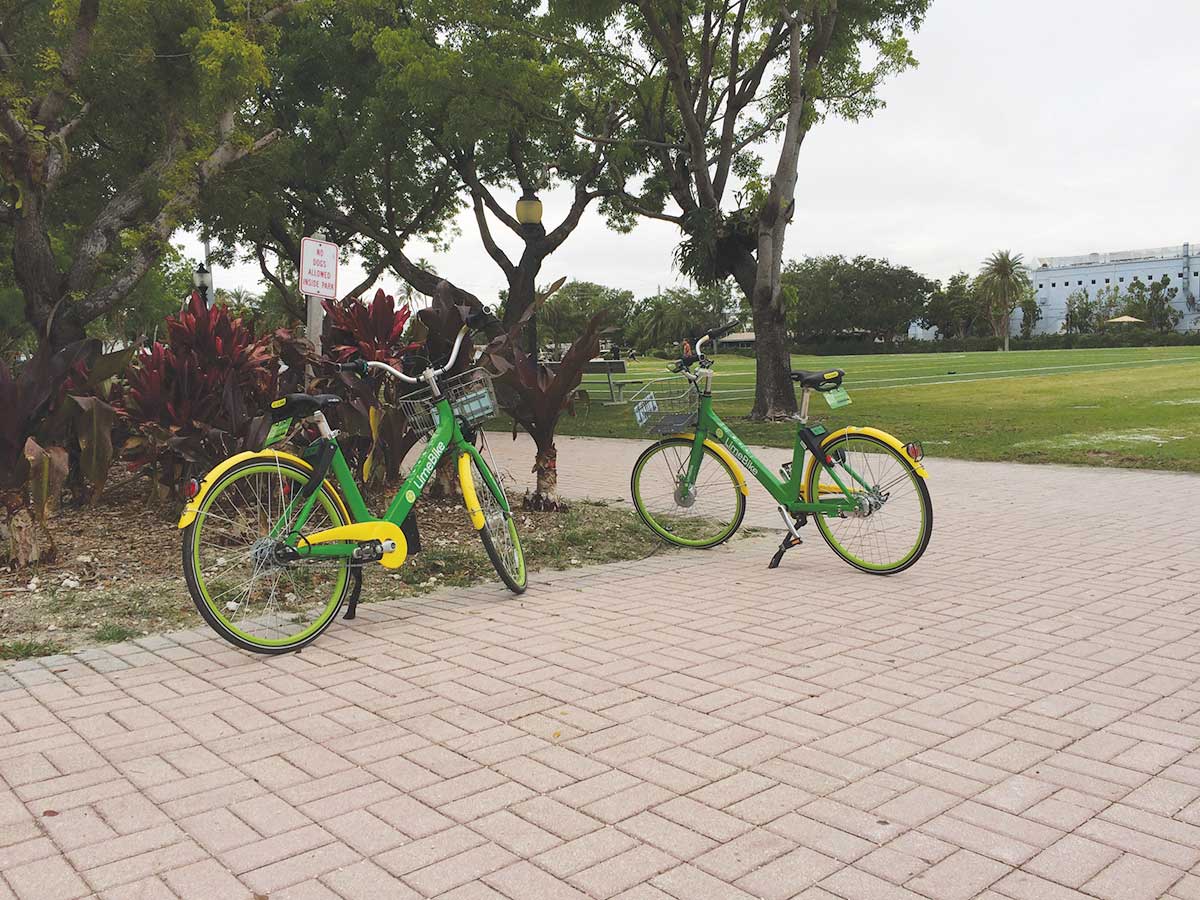 Miami-Dade is taking cues from other major US metropolitan areas to devise regulation strategies for bicycle- and scooter-sharing companies that have strewn thousands of dockless vehicles throughout the county.

“[The Miami-Dade Department of Transportation and Public Works] has researched and evaluated best practices and regulations implemented in cities across the nation, including those implemented in the cities of Los Angeles, San Francisco, Washington, DC, and Chicago,” transportation spokesperson Karla Damian told Miami Today.

■Study the feasibility of designating bicycle and scooter parking areas throughout the county and report recommendations, including regulation, signage, potential areas, cost estimates and safety and convenience criteria within 90 days.

■Examine whether there is a need to regulate the industry and recommend regulations to commissioners within 90 days.

Ms. Damian says all three reports, with accompanying recommendations, are expected to be processed and delivered by December.

The dockless vehicle industry – which has attracted several large transportation-related investors, including Uber – has received a mixed reception since San-Mateo-based electric bike and scooter company Lime entered the South Florida market through Key Biscayne in June 2017.

Unlike Citi Bike, which uses solar-powered docking stations to rent and collect its vehicles when not in use in Miami Beach, North Miami and several downtown areas, newer companies like Lime, Ofo and Spin instead ask customers to leave their bikes and scooters on public property.

One month after Lime’s Miami-Dade debut, Miami Beach officials pushed back against the company with $1,000 fines and threatened impoundment of Lime vehicles obstructing the public right-of-way.

The City of Miami acted similarly in July, serving Lime with a cease and desist order for placing its Lime-S scooters throughout the city without permission.

“I’m not looking to put scooters on sidewalks or places where pedestrians typically go,” Miami Beach Commissioner Michael Gongora said at the time.

Coral Gables this August extended by 90 days a pilot program with Spin and granted a two-month trial run for Bird, a dockless scooter-share company out of Santa Monica.

For two weeks that month, Spin data showed 674 users completed 1,550 rides on 75 scooters the company placed in about 16 designated spots in the city. Trips averaged 1½ miles and averaged 12.8 minutes. According to information provided by the company, only 3% of renters gave negative ratings, mostly citing poor parking locations.

But parking locations remain a point of contention for Miami-Dade commissioners.

Mr. Martinez in July recounted stories he’d heard about children having to walk in the street to circumvent poorly placed dockless vehicles. In one case, he said, a disabled person could not proceed because of bikes obstructing his path on the sidewalk.

“We have an inflammation of ‘bike-itis,’” Mr. Souto said in May.

In June, attorney Michael Llorente, whose firm represents Lime, told commissioners the company was working to self-regulate. By providing vital first- and last-mile solutions to residents who needed to access the county’s transit system, Lime was doing far more good than harm, he said.

After having more than a year to self-regulate, Rebeca Sosa said it was time the county stepped in.

“We’re not saying no,” she said. “[These] businesses [were] established without the necessary permits, violating rules that exist in the county. All this is saying is, ‘Hey, you have to obey the rules.’”

In August, Washington, DC, transportation officials extended a dockless bike and scooter pilot program but required companies to provide a method for users to lock the bikes to racks or poles.

San Francisco that month allowed motorized scooter companies back on its streets with the caveat that they operate only in designated bike lanes. The city is eight months into its 18-month bike-sharing pilot.

Last month, the Los Angeles City Council approved pilot regulations for dockless vehicles that did not place a limit on the number of companies allowed to operate in the city but required them to:

■Limit their fleet to 3,000 devices with up to 7,500 additional devices serving low-income areas.

■Offer people without smart phones options to pay with cash, provide a low-income plan with reduced fares and a multilingual app and call center.

■Have general insurance liabilities of $5 million.

Chicago’s dockless bike share pilot program, which began in May and concludes in November, requires companies to be permitted by the city, provide access to underserved community members and abide by the same parking requirements as regular private bicycles.