Advertisement
The Newspaper for the Future of Miami
Connect with us:
Front Page » Business & Finance » Spanish firm Cosentino finds success in Coral Gables 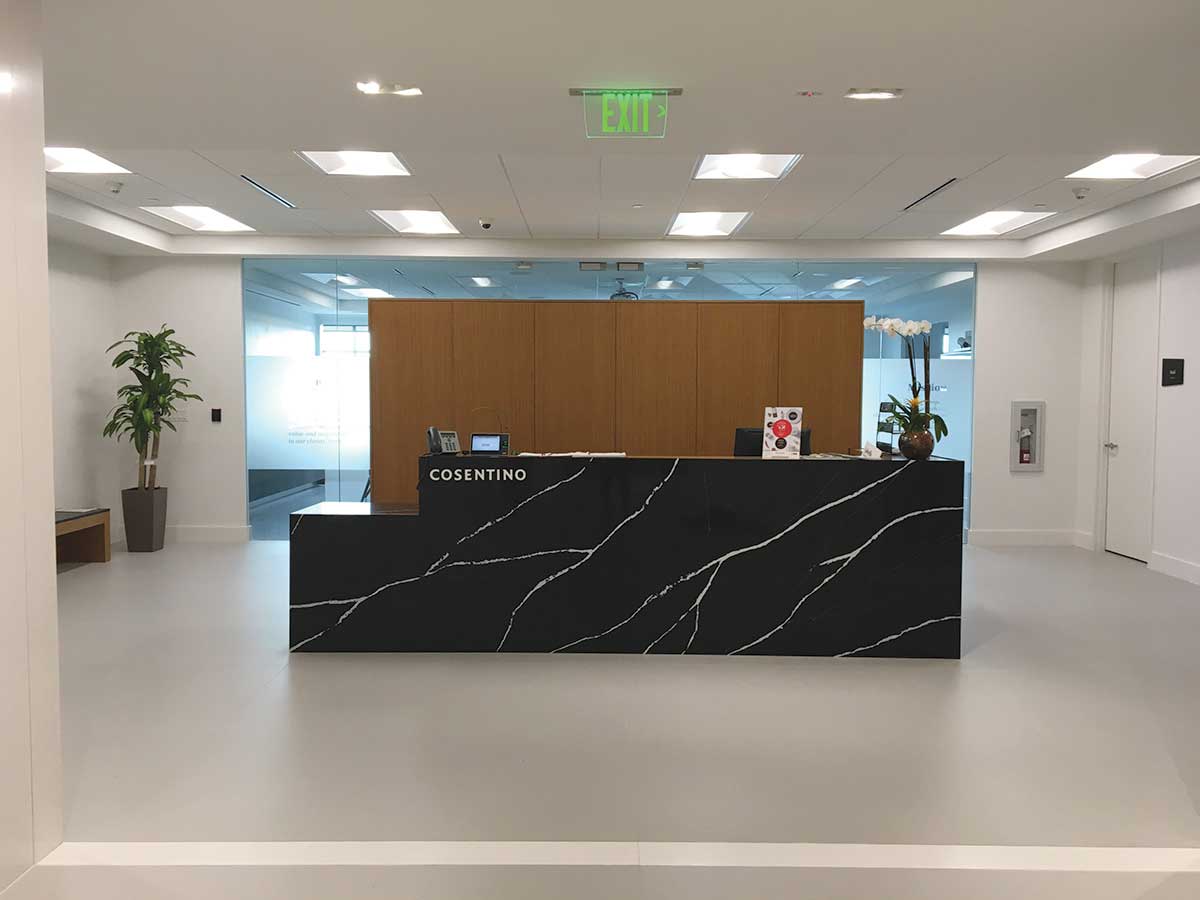 Cosentino is finding success in Coral Gables after moving its headquarters from Texas last year. The Spanish company, specializing in bathroom and kitchen countertops, has exceeded its tax incentive requirements, recruiting 85-plus employees while expanding throughout South Florida.

Several local organizations are continuing to collaborate with Cosentino after participating in negotiations on the big move. The City of Coral Gables, the Miami-Dade Beacon Council and the Spain Trade Commission worked with the company for its relocation. Those organizations have sustained strong ties with Cosentino.

“We have a great working relationship,” Coral Gables Director of Economic Development Pamela Fuertes said. “We reach out consistently and engage them in all types of activities. Economic development at its best is a culmination of partnerships.”

The headquarters displays what the company’s North America executive director of marketing coins “Cosentino DNA.” Massimo Ballucchi says weekly events occur at the state-of-the-art offices in the Gables. Groups of 40 or more architects, designers and fabricators visit the headquarters weekly to observe applications of floor-to-wall products and countertops for kitchens and baths, he said.

Among its recent achievements, the organization includes exceeding its tax-incentive requirements. Cosentino had six years to comply with several obligations for the county and state incentives it got in moving its headquarters here. In addition to transferring 100 employees from Sugarland, TX, it welcomed more than 85 staff members.

Consentino also remodeled its headquarters spanning 23,000 square feet. And, since the spring, it has operated a second location in Miami’s Design District. Its City Center showroom sits at 3898 Biscayne Blvd., closer to its other showroom, warehouse and fabricators in Fort Lauderdale.

“They realized that from here they can keep expanding operations,” Ms. Fuertes said. “I know that they value the impact of the creative design industry in our community.”

The expansion to the Design District showcases Cosentino’s products and serves as an ideal location for its events, the company said. Professionals browse through Cosentino’s brand selections ranging from Natural Stone with namesake products to quartz-made designs and for which Cindy

Crawford is a brand ambassador – Silestone. Individuals can also peruse the store but cannot purchase items.

The company makes its presence known through themed gatherings at its new site and citywide happenings nearby. Seminars and training take place at the Design District branch as well as celebrations of the company’s achievements and origins, such as a paella night. Cosentino also sponsors events across the county, including Miami Fashion Week.

“We continue to expand our brand awareness in this market with our developers, architects and designers but also with consumers,” Mr. Ballucchi said.

He observes the expansion of the community’s transportation options as benefiting the company’s own simultaneous growth. He says Brightline and the soon-to-arrive Tri-Rail from downtown Miami to Fort Lauderdale and West Palm Beach can only benefit South Florida as a whole.

“I can go to West Palm Beach and go to a meeting there, bring in my samples and take the train back to downtown and take Uber to the Design

District,” Mr. Ballucchi said. “My day is done. I don’t get stuck in traffic. I can check emails as I’m on the train.”

Cosentino plans to launch 10 products replicating natural stones this fall. For Mr. Ballucchi and his colleagues, that may mean traveling by train more often than not.