Advertisement
The Newspaper for the Future of Miami
Connect with us:
Front Page » Profile » Carlos Trujillo: US ambassador to the Organization of American States

Carlos Trujillo: US ambassador to the Organization of American States 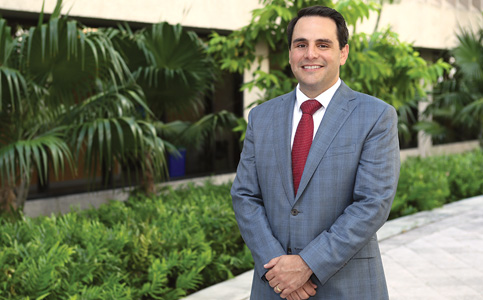 As US Ambassador to the Organization of American States (OAS), Carlos Trujillo is responsible for representing the nation before 34 North, South and Central America countries in an effort to strengthen peace and security in the region, promote democracy, defend human rights and support sustainable development.

Mr. Trujillo, who spent most of his life in Miami and served in the Florida House of Representatives from October 2010 to swearing into his current role in late March, began his career in public service as an assistant state attorney in Miami-Dade County, where he specialized in felony prosecutions.

He has served on Miami-Dade County’s Charter Review Task Force and Criminal Justice Council Executive Board, among other roles, and has received awards and honors from Florida’s Chamber of Commerce, Prosecuting Association and Sheriff’s Association.

In 2011, Mr. Trujillo launched a law practice that became Trujillo Vargas Gonzalez & Hevia. He sold his share of the firm after President Donald Trump nominated him to the OAS in October 2017 – just two months after being named US representative to the United Nations General Assembly.

He is now based in the Department of State in Washington, DC, where he oversees a staff of 16-18 people.

Diplomacy, he said, wasn’t anything he’d previously considered as a career path.

“It was never in my career goals,” he said. “It was a world, except for in movies, you didn’t think existed. It’s the most challenging job I’ve ever had, but at the same time, when you advance human rights you advance democracy. You feel you’re making a difference.”