Advertisement
The Newspaper for the Future of Miami
Connect with us:
Front Page » Government » Bus depot in Omni beneath a Genting hotel rolls ahead

Bus depot in Omni beneath a Genting hotel rolls ahead 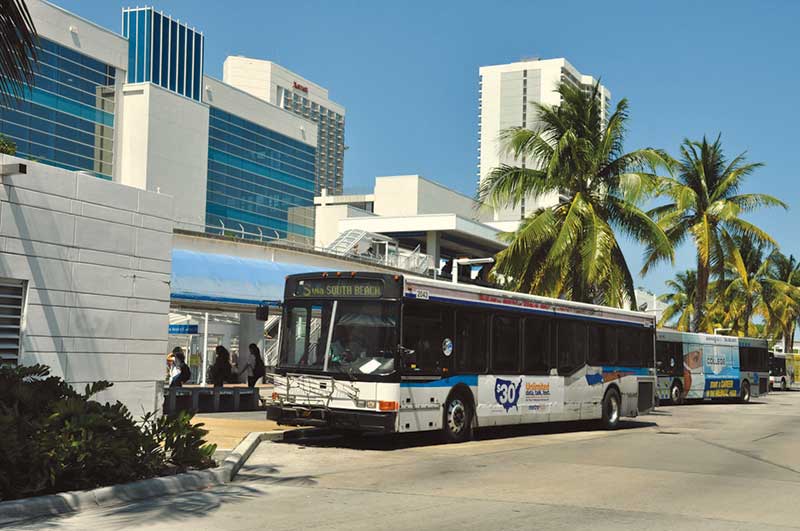 The plan for a brand new bus terminal in the Omni neighborhood can advance after the recent move by the City of Miami to approve a street closure.

The resolution will discontinue public use of the street.

Resorts World Miami LLC and Miami-Dade County government applied to the city for the street closure.

The move will consolidate the site, which is to be redeveloped with construction of a multi-million-dollar public transit project with a new hotel on top.

“This is a county project, and I’ve become the face of it,” said Vicky Leiva, an attorney representing Resorts World Miami LLC, an affiliate of Malaysian gambling giant Genting.

She said her client has a lease with the county as part of an agreement to redevelop the county bus station at that location.

“Miami Dade Transit stands to benefit from this project,” she said.

Ms. Bravo said a condition of the lease is that the private developer work with the county to secure this public roadway for closure and turn it over to the county as part of a larger project that would result in an investment of about $22 million into improvement of the Metromover system.

The lease to Resorts World Miami is part of a request for proposals issued by the county in 2015 to construct a glass enclosed, air-conditioned bus terminal and renovation of the Adrienne Arsht Center Metromover station.

“We need you to approve it today, to keep the lease in place,” said Ms. Bravo of the street closure and abandonment.

The Adrienne Arsht Center station, formerly Omni station, opened in May 1994 near the former site of the Miami Herald and across the street from the former Omni mall, both of which Genting purchased in a push for what would have been the world’s largest gambling casino had the state legalized such gambling.

The city’s Department of Resilience and Public Works and the Plat and Street Committee reviewed the street closure request and determined that it will not affect pedestrian or vehicular traffic circulation or access for public service.

The city’s Planning, Zoning and Appeals Board, by a vote of 4 to 3, recommended approval of the request with conditions.

According to the commission’s final resolution, the street closure includes these conditions:
■The applicant, owner, or their successor must meet all applicable development standards identified in the city’s zoning ordinance, and all other applicable local, county, state, and federal regulations.
■A building permit, including phased permits, will not be issued on the property being platted until the final plat is recorded or as authorized in the city code.
■A Certificate of Occupancy, Certificate of Use, Temporary Certificate of Occupancy, or Temporary Certificate of Use shall only be issued after all the required subdivision improvements have been completed.
■The applicant, owner, or their successor shall comply with the conditions of approval stated for the Awana Forest Tentative Plat #1904 in a letter dated Oct. 10, 2017, issued by the Department of Resilience and Public Works.

The approval of the requested vacation and closure will be valid for four years and shall remain independent of the tentative plat during this period, and the approved final plat must be recorded within the four-year approval period of the closure.

County officials say Resorts World Miami is to build a temporary bus station east of the current Omni terminal on North Bayshore Drive. The station is to take about six months to complete and be used by riders during reconstruction of the new bus terminal.