Advertisement
The Newspaper for the Future of Miami
Connect with us:
Front Page » Real Estate » JP Morgan Chase to add 35 Florida branches 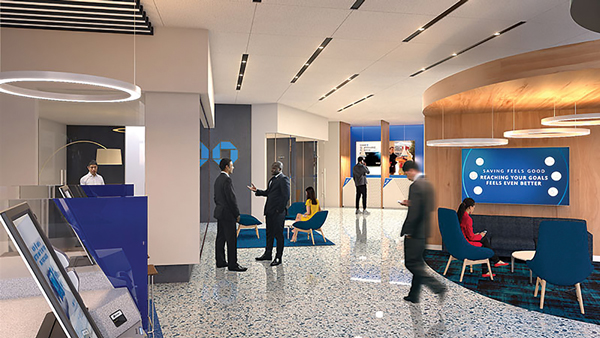 JPMorgan Chase on Tuesday announced plans to expand its Sunshine State footprint over the next three years with 35 branches, including 10 across Miami-Dade, Broward and Palm Beach counties.

The announcement was made precisely 10 years after the company broke into the Florida market with the acquisition of Washington Mutual on Sept. 25, 2008.

“We are continuing to fill in gaps across the state so we can provide even more convenience for our customers,” said George Acevedo, south divisional director for JPMorgan Chase Consumer Banking and Wealth Management, in a prepared statement.

Chase has more than 400 branches and 1,600 ATMs throughout Florida, according to spokesperson Michael Fusco, who said the expansion will add up to 200 jobs to join 14,000 employees currently serving over 7.3 million consumers and 480,000 businesses in the state.

“Florida continues to be one of [our] fastest growing regions across the firm,” said Southeast US and Latin America for Chase Chairman Mel Martinez in a prepared statement.

While specific locations for the branches haven’t yet been chosen, Mr. Fusco told Miami Today that Chase will prioritize areas where it has an existing presence.

The company is now hiring local branch managers, personal bankers, financial advisers and mortgage and banking specialists to staff the new branches, which Mr. Fusco wrote will “offer a full range of services for consumers and businesses and feature the latest innovative technology to make banking even more convenient.”

JPMorgan Chase’s brick-and-mortar expansion runs counter to a growing trend in digital banking. Last week, Wells Fargo CEO Tim Sloan declared his company will cut its workforce by up to 10% in the next three years.

BB&T Bank, similarly, closed 148 branches in 2017 and expects to shutter 170 more by the end of the year, according to the company’s third-quarter filing with the US Securities and Exchange Commission – a 15.5% reduction in just two years.

But according to Mr. Fusco, 75% of the JPMorgan Chase’s deposit growth comes from customers who use branches – a sign, he said, indicative of a continuing need for in-person services.

“We’re seeing the majority of customers come into our branches four times a quarter,” he told Miami Today. “We want our customers to have a choice to bank where, when and how they want.

Our customers still want branches. They still want to come in and get advice on life’s biggest moments – buying their first home, [planning] their retirement and [saving for] their child’s education.”

One Response to JP Morgan Chase to add 35 Florida branches