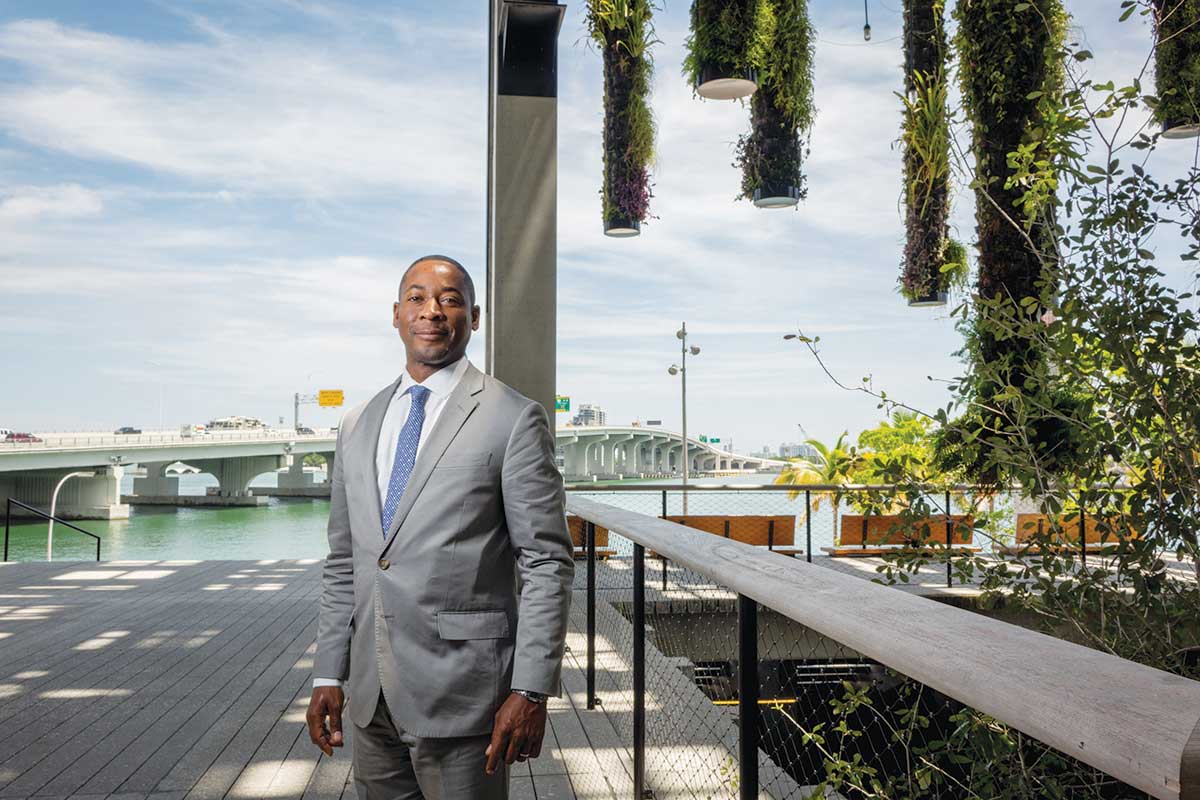 Pérez Art Museum Miami – along with its predecessor institutions – is coming up on its 35th anniversary of bringing modern and contemporary art to South Florida and is now looking at the potential to create a center to study Caribbean art within the building, according to CEO Franklin Sirmans.

“Last year was a big year with the emergence of our neighbors on the campus with the Frost opening,” Mr. Sirmans said. “Obviously, the Frost isn’t new anymore and neither are we, so we’re not seeing the numbers we saw last year.”

However, the museum is now moving into a five-year plan, Mr. Sirmans said, which it will use as a guideline to “highlight ourselves as a destination for art.” Several smaller and major events are planned for the fall, starting with a documentary exhibition about Christo and Jeanne-Claude, who in 1983 used 6.5 million square feet of woven polypropylene fabric to surround 11 islands in Biscayne Bay using Styrofoam, steel cables and an anchoring system.

In November, Pérez Museum will welcome Ebony Patterson, “a woman who divides her time between Jamaica and Kentucky. It’s a pretty amazing show of a mid-career artist,” Mr. Sirmans said.

The museum is also planning on starting another group of exhibitions around Latin America and Latinx. Latinx is the gender-neutral alternative to Latino or Latina.

“We’re so attuned to proximity of where we are. Miami’s relation to language and people coming from many different countries, there’s potential for diversity,” Mr. Sirmans said. “We are probably what a lot of American cities are going to look like in the future. We try to position our world of international modern and contemporary art through the lens of Miami. We want to be the best at representing Latin America and the Caribbean.”