Advertisement
The Newspaper for the Future of Miami
Connect with us:
Front Page » Profile » David Armstrong: Aims to streamline St. Thomas University for growth 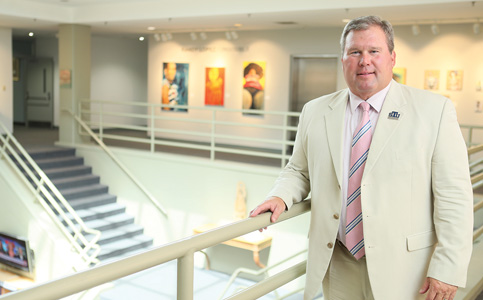 When David A. Armstrong came in as St. Thomas University president Aug. 1, he said his goal was to absorb as much information as possible and make the most effective impact he could.

So far, he said, he’s right on schedule.

“We are on track,” he said. “When I did my meet-and-greet in May, I said in the first 180 days I would meet every single employee and make a major announcement every 30 days. We have about 366 [employees] I have to get to, and we’ve already made one big announcement, raised [$250,000] for new stands in our baseball stadium, and we’ll have another big announcement at the end of the month.”

A marching band will also be added.

“St. Thomas has a phenomenal athletics department,” he said.” They’ve [been] very successful, especially baseball, basketball [and] soccer. We’ll build on that success and do even more.”

In his previous role as president of Thomas More College in Kentucky, Mr. Armstrong secured a $4 million endowment and increased enrollment, corporate partnerships and academic, co-curricular and extracurricular programs. He reached similar benchmarks as vice president and general counsel at Notre Dame College of Ohio. He now plans to do the same at St. Thomas.

Mr. Armstrong sat down with Miami Today reporter Jesse Scheckner. The interview was recorded by Jahmoukie Dayle and can be found Friday at http://bit.ly/2uNHy0Q.