Advertisement
The Newspaper for the Future of Miami
Connect with us:
Front Page » Latest News » Bus Rapid Transit to South Dade not a done deal

Bus Rapid Transit to South Dade not a done deal 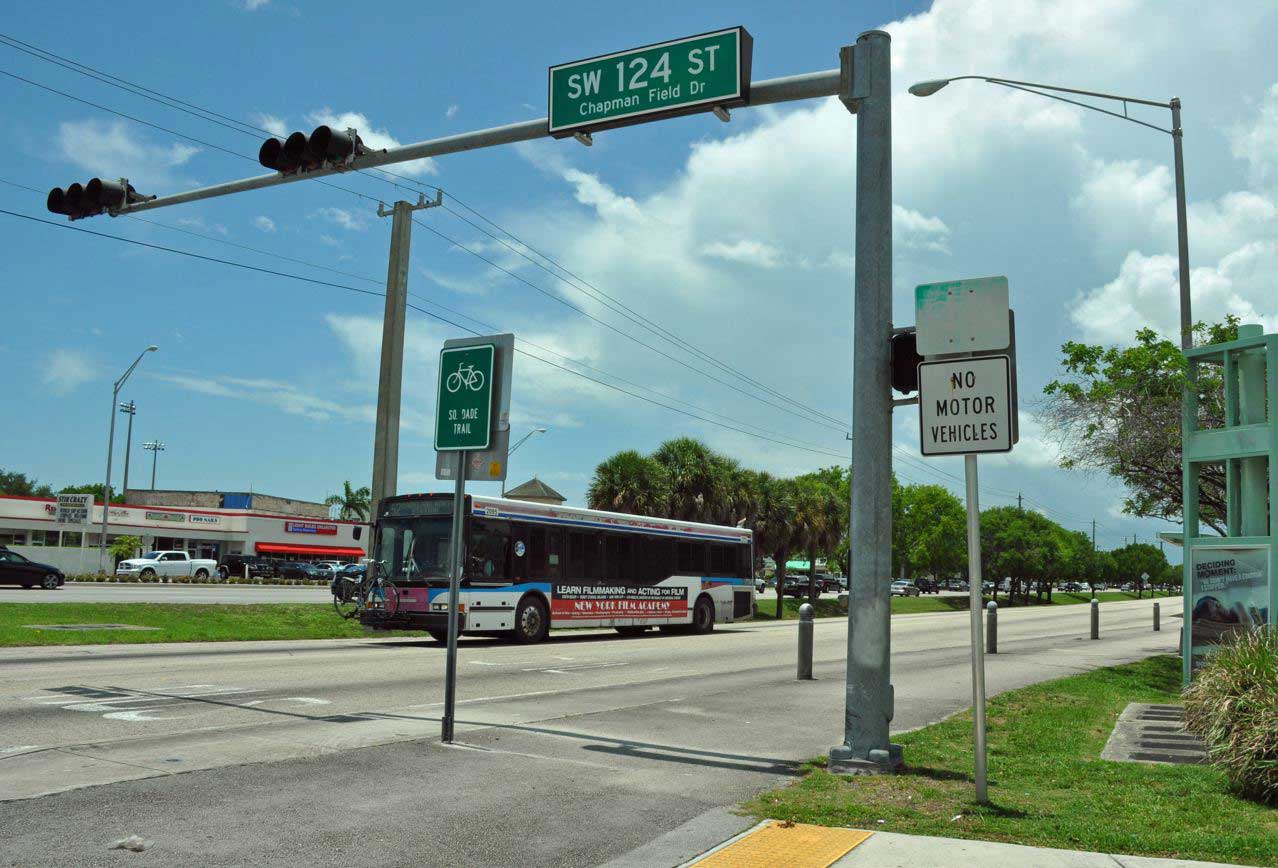 A Transportation Planning Organization choice of bus rapid transit (BRT) for the South Dade Transitway last week all but dashed the hopes of many residents of Metrorail expansion along the county’s southernmost corridor.

The 15-7 vote was a significant step toward “Gold Standard” BRT on the 20-mile right-of-way along US 1 championed by many, including Mayor Carlos Giménez.

But it’s not a done deal, said Sean McCrackine, chief of policy and planning for the county’s eighth district, as county commissioners must still approve local funds.

“The project doesn’t go forward without a local commitment for funding the construction and long-term operation of whatever the proposed system is,” he wrote.

Transportation Director Alice Bravo confirmed that but said she hoped the chosen solution would be supported: “At this point, the project has been defined.”

Local funds for BRT from Kendall to Florida City would come from the People’s Transportation Plan (PTP) half-cent sales surtax approved by voters in 2002 to expand transit.

The project needs about $100 million in PTP funds, the same amount the planning organization’s board OK’d last week in amendments to the long-range transportation plan and 2018-19 Transportation Improvement Program.

“That was done to strengthen our [federal funding] application,” Ms. Bravo said. “Part of the project rating is based on [local] financial commitment to the project.”

“The local money is always needed,” he said. “It’s a contingency if you’re going to receive money from [the] Florida Department of Transportation and FTA.”

Those numbers put the administration in a confident position for BRT. But if just two commissioners shift sides before the funding vote things become tenuous, said Javier Betancourt, executive director of the Citizens’ Independent Transportation Trust, which oversees the PTP.

“One of two things would happen. Either [the county] finds another local source of funding – general revenue or potentially other sources – or they don’t submit the application,” he said. “Presumably they would need some of those commissioners – both theoretical commissioners – to then vote for that other source.”

An amendment to the BRT item stipulated the transitway would shift to Metrorail once weekday riders hit 35,000, a benchmark Ms. Jordan said can’t be reached.

“Show me one rail that’s been built across the country that they had ridership up to 35,000 people,” she said. “You won’t be able to… because the ridership was already up.”

That requirement could be further reduced, Mr. Bovo said last week, if a private company proposed a better solution.

“We need to look at this as an initial down-payment to move forward to get the rail we all want,” he said. “Let’s show the residents… there’s seriousness in this issue to get things done. It’s not the end of the journey. We need to keep our eye on the ball.”