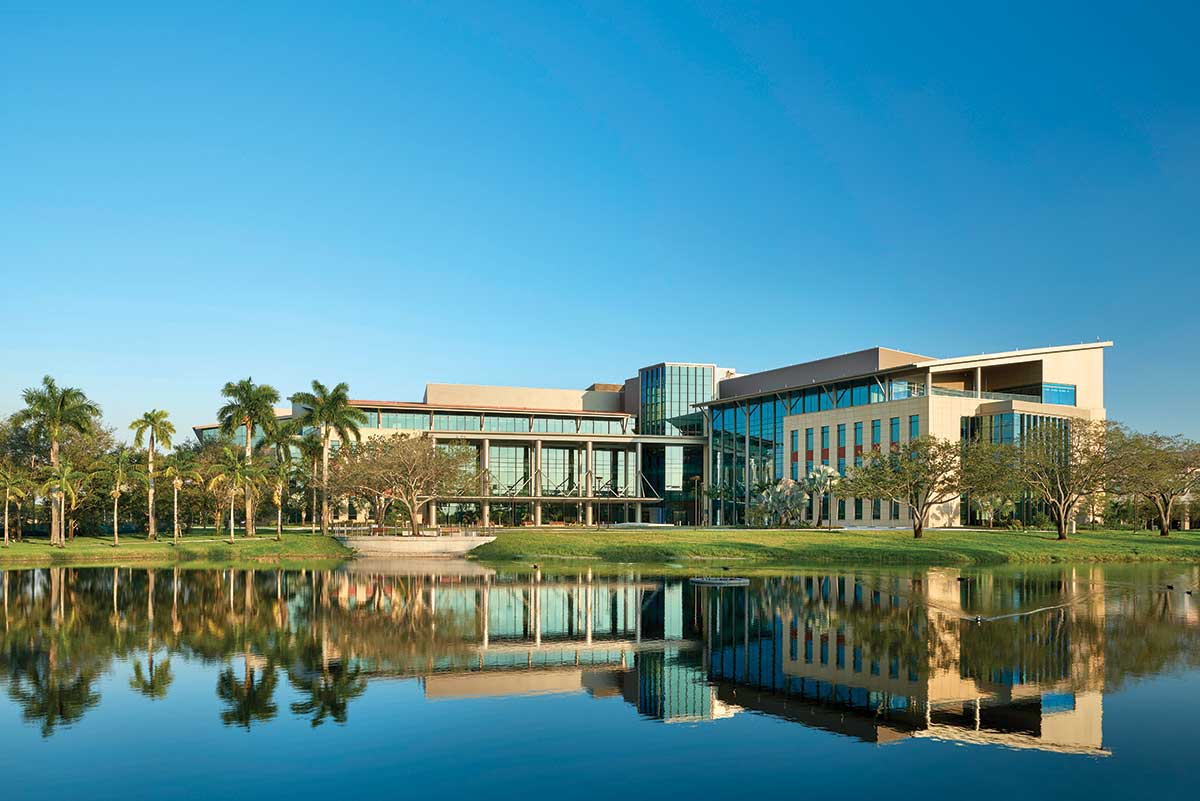 Rejecting a challenge from the University of Miami Hospital and Clinics, an administrative law judge last week backed a plan to start an adult inpatient bone-marrow transplant program at Baptist Hospital.
Judge G.W. Chisenhall issued a 76-page recommended order saying the state Agency for Health Care Administration should approve a certificate of need, a key regulatory step for the Baptist program.
Under administrative law, Judge Chisenhall’s recommended order will go back to the Agency for Health Care Administration for final action.
The agency last year gave preliminary approval to the certificate of need, but the University of Miami, which provides bone-marrow transplants, filed a legal challenge.
In the recommended order, Judge Chisenhall acknowledged that a new program at Baptist could draw patients from the university’s bone-marrow transplant program.
“While the greater weight of the evidence demonstrates that UM should not experience any meaningful decline in volume, UM is very likely to be adversely impacted by the fact that its patient volumes (and the resulting increase in revenues) will not be growing as quickly” if the certificate of need is approved, Judge Chisenhall wrote.
But he concluded that “a balanced consideration of applicable statutory and rule review criteria leads to a conclusion that the CON [certificate of need] should be granted.”
The hearings were held for 10 days last year and this year and generated 18 volumes of testimony.
The judge found that while the University of Miami now is the only bone marrow transplant provider for inpatients in the district covering Miami-Dade and Monroe counties, he also noted that Baptist is already providing bone marrow transplants on an outpatient basis, and its application is only for inpatient bone marrow transplants. The university, he wrote, performs no outpatient bone marrow transplants.
While the University of Miami is the only authorized and operational inpatient provider of the transplant services in Miami-Dade, the judge noted pointedly, “UM did not provide [bone marrow transplants] to a single charity care patient between 2014 and 2016, despite committing to do so.”
He also wrote that the university has the ability to provide charity care, as its health care operations reported a net income of approximately $175 million.
On the other hand, he wrote, “Baptist has a history of providing health care services to Medicaid and indigent/charity patients. Baptist Health Systems hospitals, including Baptist Hospital, provide 4.3% of its services to charity care patients, which is well above the average of 3.4% for hospitals in Miami-Dade County. Baptist Hospital also exceeds the county average.”
The judge noted that Baptist Health South Florida created its Miami Cancer Institute “to consolidate cancer services it offered at many of its hospitals into a single location at Baptist Hospital. The goal was to offer integrated care, so that everything a cancer patient might need could be offered in one location.”
The Miami Cancer Institute sees 800 to 1,000 cancer patients daily, the judge noted, and bone marrow transplant services “are essential to [the institute] becoming a comprehensive cancer care center.”
The findings also pointed out that Baptist has recently become an operating affiliate of the Memorial Sloan Kettering Cancer Center in New York, the nation’s leading center for cancer treatment and bone marrow transplants.
As for the University of Miami, the judge noted that its Sylvester Cancer Center is “a 40-bed specialty care center hospital, and the care offered to the residents of South Florida has achieved significant statewide and national prominence.”
In 2016, the judge noted, the university performed the second highest number of bone marrow transplants in Florida, with state logs noting 147 residents of the region receiving bone marrow treatment there that year.
The judge’s finding notes that Baptist does not meet the technical requirements to be considered a teaching hospital, but that “there are approximately 500 medical students rotating in a typical year at Baptist.”
Judge Chisenhall found that having inpatient bone marrow transplants at Baptist “is financially feasible in the long-term. Even if it is not ultimately profitable, Baptist is committed to funding the program’s losses, and Baptist demonstrated the ability to cover operational losses indefinitely.”
According to Baptist’s audited financial statements, the judge wrote, the system’s net income for 2016 was $162,640,710, and the system “possesses over $2.4 billion in cash and investments.”
The cost for Baptist’s proposed bone marrow transplant program, the judge wrote, is $7,624,433. The system, he wrote, has a capital budget of $20.414 million “to finance routine items such as the replacement of outdated equipment and renovations of nursing units. This budget also covers additional clinical equipment that might be needed to begin a new service line.”
The university’s healthcare planning expert testified that bone marrow transplant programs are not profit centers, but healthcare institutions operate such programs in order to fulfill a mission and to help people, the judge wrote. “That testimony was convincing and is accepted.”