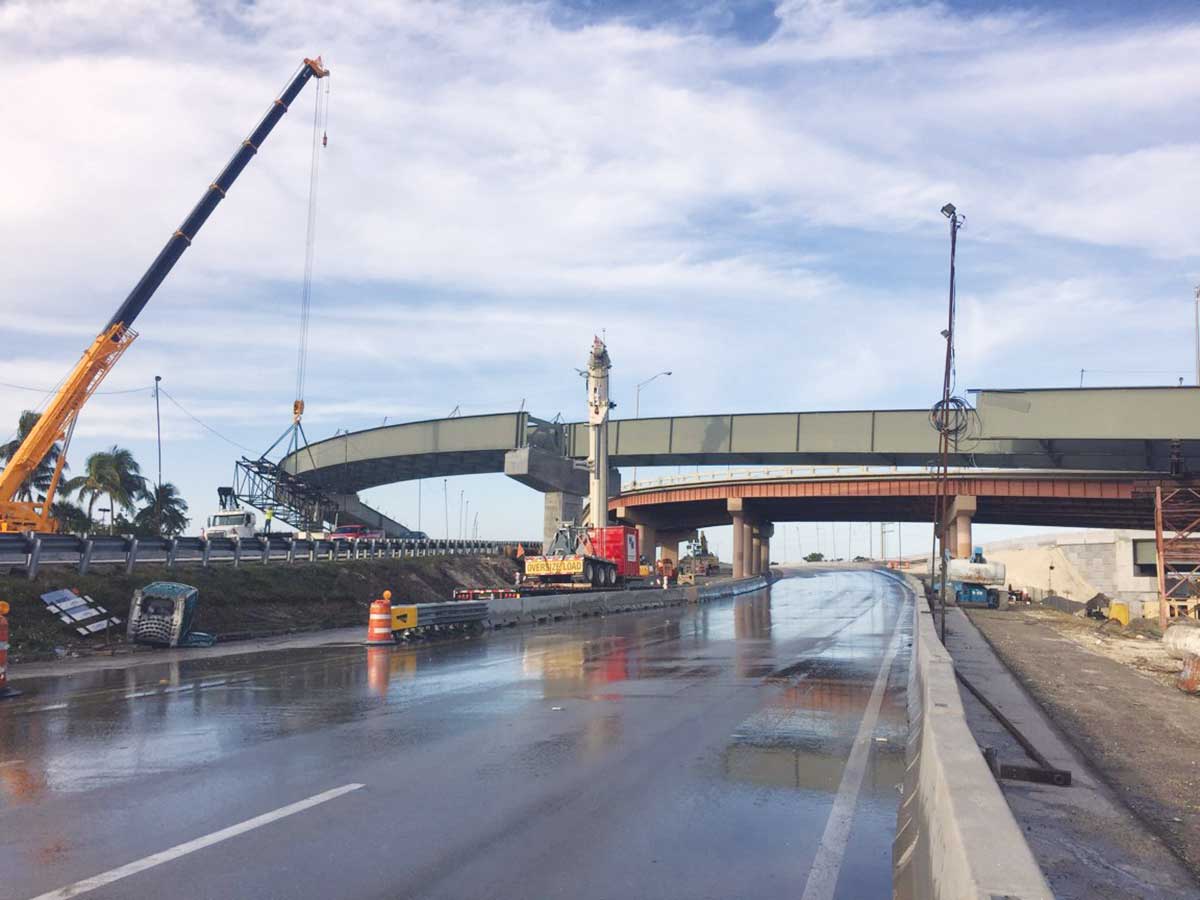 Citing “unprecedented intervention” by the Florida Legislature, one of the nation’s top credit-rating agencies has downgraded the outlook on all Miami-Dade County Expressway Authority (MDX) senior-rated bonds from “stable” to “negative.”
By “usurping local autonomy” in reducing state tolls and diverting surplus revenues to other county projects, state lawmakers forced MDX to slash its tolls system-wide by an average of 6.28% this year, overriding MDX’s plan to increase tolls to match the rise in the consumer price index in 2019, according to a July 27 report by Fitch Ratings.
The May 2017 bill, sponsored by Rep. Bryan Avila and supported by Florida House Speaker Pro Tempore Jeanette Núñez and Sens. Anitere Flores and Rene Garcia, also requires MDX to allot at least 20% of its surplus revenues to other county transportation and transit projects near MDX roadways.
Ms. Núñez, Ms. Flores and Mr. Garcia did not respond to requests for comment, and Mr. Avila’s office was not provided sufficient time to respond.
Miami-Dade Commission Chairman Esteban Bovo Jr. at the time said he applauded the move, adding it would “provide much needed toll relief and further development of transit operations” for county residents.
Mr. Bovo, currently on recess, did not provide a comment for this article.
This June, MDX’s then-chairperson Shelly Smith Fano said she was “thrilled to announce” the toll reductions, effective July 1.
“The MDX board has always acted on the best interest of Miami-Dade County, MDX bondholders and most importantly our valued customers,” Ms. Smith Fano said in a prepared statement for the June 8 release. “MDX has been an exceptional steward of our customers’ toll dollars and have continually kept our promises by delivering roadway projects on time and on budget.”
MDX officials declined to comment for this article. “The press release has all the information,” MDX spokesperson Tere Garcia wrote.
But Florida Transportation Commission member Maurice Ferré, a former MDX board member and four-term Miami mayor, says the toll reduction and revenue rerouting were done for political reasons, and any short-term savings for residents will be undone by even higher tolls down the road, the result of increased bond interest rates whose costs will be passed on to drivers.
“It really should be categorized as criminal negligence,” he said. “It’s a tragic move by ignorant people going in the wrong direction with good intentions based on political considerations without understanding the consequence of their actions. They don’t understand the system.”
Other major metropolitan areas in the state, like Tampa and Orlando, whose Central Florida Expressway Authority last year froze tolls while voting to keep future toll increases to 1.5% over five years, are further evidence, Mr. Ferré said, that state legislators are discriminating against MDX.
“Even after we increased our tolls in 2013 and 2014, which is why Jeanette Núñez is angry, we were still the average, so Miami users – the toll users of MDX – are not paying more than toll users in Tampa, Orlando or other places around the country,” he said. “MDX had to be very cautious to not go over these averages. The question is, why did the legislators in Tampa and Orlando react differently than the ones from Miami-Dade County? They mean well – I don’t think they do this out of malice or to hurt. But what Jeanette Núñez is doing – she thinks she’s being bold and brave, but what she’s really being is brazen.”
MDX has maintained its system and facilities satisfactorily and kept a “robust’ roadway inspection schedule, Fitch Ratings personnel wrote, but ongoing maintenance could be impacted by the state-ordained reductions.
Such a “fundamental policy shift,” the report states, raises concern about the state intervention’s long-term impact on MDX’s future fund allocation for capital expenditures, its ability to issue additional debt and future legal actions further impacting the organization’s independent rate-making flexibility.
“In the near term, the measurement prompted MDX to suspend $192 million worth of projects not currently under project,” the team, led by primary analyst Stacey Mawson, wrote. “However, the majority ($561.6 million) of the authority’s five-year $678.2 million work program is earmarked for expansion and capacity improvements, leaving a manageable amount for system maintenance and repairs.”
That budgeted amount, which runs through fiscal 2022, is reflective of a larger $1.2 billion project cost encompassing 50 projects, 45% of which is already completed.
Fitch Ratings affirmed MDX’s “A” rating on $1.434 billion outstanding revenue and refunding bonds.
The rating, the report states, reflects the essentiality of MDX’s roadway system to Miami area commuters, its logistical proficiency in managing system assets and effective maintenance, planning and expansion, such as its recent implementation of the Open Road Tolling system.
Because limited alternative routes exist for commuters to travel through the corridors MDX serves on its five expressways, the system has “a mature traffic profile with steady annual increases in toll transactions,” though the report added that growth is “projected to level off in forthcoming years.”
Future potential developments that Fitch Ratings determined could lead to negative rating action include:
■An unclear long-term toll policy and/or continued legislation requiring toll rate reductions.
■Transferring surplus cash for non-project county uses, which limits economic rate-setting and timely investment in system assets.
■Demonstrated lack of legal independent rate-setting authority.
■Underperformance of traffic and revenue with an unwillingness or inability to accordingly adjust tolls.
In 2017, transactions on all MDX roads stabilized, increasing 5% to approximately 495 million transactions in fiscal 2017, the second year 100% of tolls were collected electronically. SunPass collections accounted for 81%. Toll-by-Plate accounted for 17%.
Actual transactions for the first 10 months of fiscal 2018 are 6% lower than forecast due to 18 days of lost toll collections due to Hurricane Irma, though the Fitch report states transactions would still be 1.1% lower than expected if hurricane days were excluded.
MDX, formed in 1994, is responsible for operating, maintaining and improving an expressway system currently comprising the Airport (SR 112), Dolphin (SR 836), Don Shula (SR 874) and Snapper Creek (SR 878) expressways, as well as the Gratigny Parkway (SR 924).