Advertisement
The Newspaper for the Future of Miami
Connect with us:
Front Page » Healthcare » Bonds that helped Jackson Health System facilities to be remarketed next week 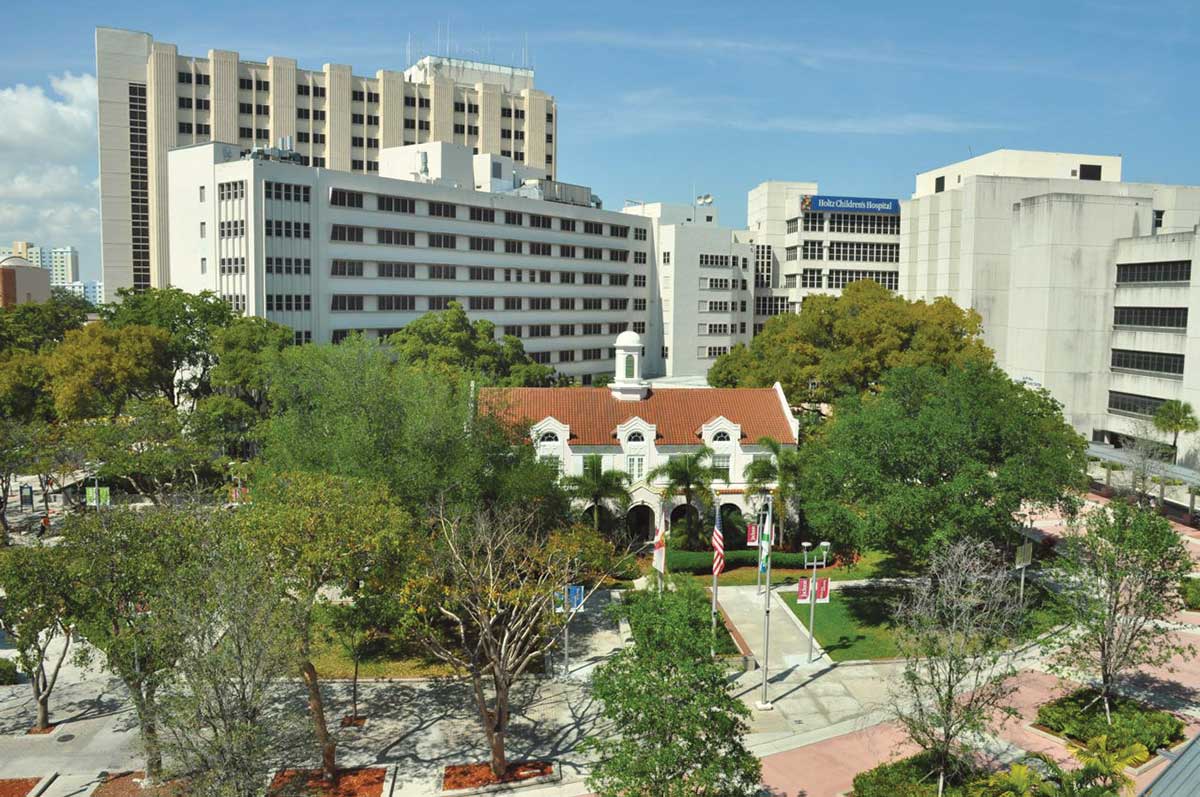 Fitch Ratings this month assigned an AA, or “very high credit quality,” rating to $200 million in outstanding general obligation bonds sold by Miami-Dade County to partially finance improvements and upgrades to Jackson Health System facilities.
The bonds, issued in September 2016, are being converted to a fixed interest rate mode and will be remarketed on or around Aug. 21, according to a report from the statistical rating organization.
Key to the rating, Fitch personnel wrote, is flat county general fund revenue performance over the last decade, the result of severe economic and housing stresses, as well as policy actions, during the Great Recession.
“The county’s organic revenue growth prospects are more favorable than prior revenue performance suggests, given the severity of the prior recession, and expectations [exist] for ongoing business investment and population growth, and the strong performance of key trade and tourism markets,” the report states. “The county also retains considerable independent legal ability to raise revenue supporting the AA revenue framework assessment.”
Debt and pension liabilities, the report continues, are expected to remain within range of an AA long-term liability burden assessment.
“Growth in the county’s economic resource base will help accommodate a likely increase in debt to fund the county’s considerable capital plan.”
Fitch’s AA rating of the county’s general obligation bonds, the report states, “[reflects] the combination of the county’s high revenue raising authority relative to potential declines under a moderate economic downturn scenario and more moderate capacity to adjust spending from both a legal and practical perspective.”
Denoting the county’s improved budget management practices, which Fitch personnel wrote support “expectation for maintenance of an adequate financial position through economic cycles,” long-term liabilities are projected to be less than 20% of personal income “despite pressure from a significant capital plan.”
Fitch also affirmed Miami-Dade’s AA issuer default rating, as well as its AA- rating of Jackson public facilities revenue bonds, ranking the rating outlook as “stable.”
The slightly lower scoring of Jackson facilities bonds reflects Miami-Dade’s non ad valorem revenues covenant with the state, the report states.
The covenant forbids local governments to pledge all legally available, unencumbered revenues to bond repayment. Such a pledge, the Florida Supreme Court ruled in 1982, leads to counties increasing ad valorem taxes to sufficiently fund revenue-generating programs and services.
Absent policy action, Fitch personnel wrote that expectations for general fund revenue growth for Miami-Dade are “slightly above the level of inflation given forecasts for population, employment and income growth in the Miami-Fort Lauderdale-West Palm Beach [metropolitan statistical area].”
General fund revenue performance has improved at pace with a healthier economy, they wrote, registering an annual growth of 3.7% in fiscal 2014, 5.9% in 2015, 4.5% in 2016 and 6% in 2017.
But concerns persist regarding near-term revenues, including a pending state constitution amendment that, if voters approve it this fall, would increase the homestead exemption.
“The county anticipates weakening revenue due to the pending homestead exemption and other factors and is forecasting deficit operations in the general fund beginning fiscal 2021 (currently estimated at almost $66 million or 3% of budget).”
Miami-Dade’s population as of 2017 is estimated at 2.7 million – up nearly 20% from 2.3 million in 2000. Employment post-recession has steadily increased.
The county’s taxable assessed value for fiscal 2017, at $250.4 billion, rose almost 8.5% from the year prior, according to Fitch, and surpassed the prior peak year value recorded in fiscal 2008. The median home value in the county, according to Zillow Group, is nearly $295,000, with a projected 5.3% increase next year.
But Miami-Dade still stands to potentially lose $37 million in general fund revenue – less than 2% of its budget – from a successful referendum, according to the report, which states the county has established reserves in its budget and frozen several county positions to cushion potential losses.
To compensate, Fitch personnel wrote the county could increase non-voted general operation millage rates from 7.37 mils adopted for fiscal 2017 to the statutory limit of 10 mils.
If Miami-Dade were to apply its 10-mil limit to unincorporated areas, where about 43% of residents live and pay a separate property tax for municipal services, it could generate an additional $680 million from property tax and $550 million from service taxes, according to the report.
“The general fund supports a broad range of governmental activities including general administration and oversight, police and fire rescue, recreation, transportation, and public health, among other functions,” Fitch personnel wrote, adding that public safety, at more than 45% of total general fund spending in fiscal 2017, is the largest expense category.
“Spending levels are expected to track changes in population and inflation and expand at a pace that is in line with to marginally above the pace of revenue change over time in the absence of policy actions.”