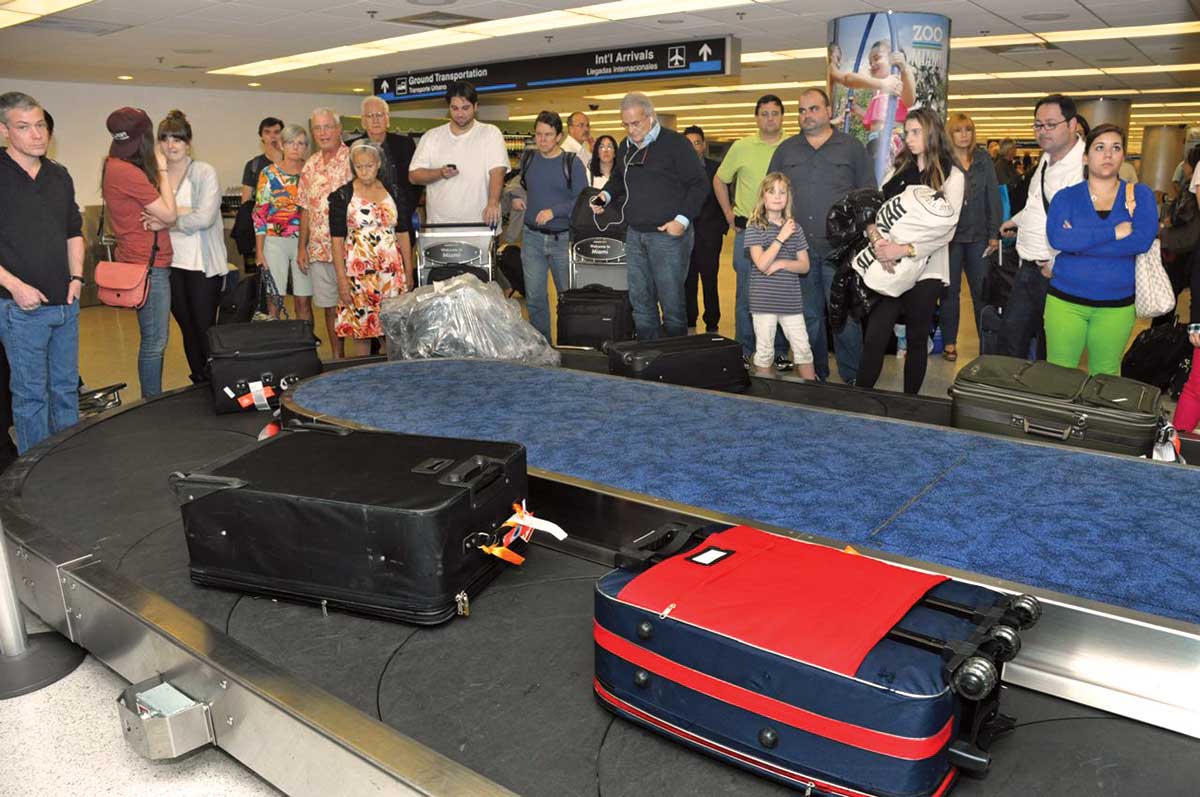 An additional $46.3 million will be spent to improve baggage handling systems at Miami International Airport, raising the project’s cost to $230.8 million, as Miami-Dade commissioners in July approved the added expenditure.
With funding approved, previously deferred aspects will be restored to the Parsons-Odebrecht Joint Venture project, including inbound conveyor lines, baggage inspection machines, sorting piers and make-up devices.
The project is currently 36% complete, Deputy Mayor Jack Osterholt wrote in a July 24 memo.
The county’s Aviation Department hired a third-party firm to determine the cost of reintroducing the deferred portions to the project under a second contractor. Minus additional scheduling and coordinating expenses caused by having two contractors operate concurrently and in overlapping spaces, the firm determined it would cost about $50 million – $4.3 million more than if the funds were granted solely to Parsons-Odebrecht.
Given this information and requests from airlines, the Aviation Department requested and was granted by commissioners:
■A dedicated allowance account of $37.4 million to reincorporate the deferred work.
■Fifty-two mobile inspection table stations valued at $4.6 million, requested by the Transportation Security Administration (TSA), to be placed in the airport’s Checked Baggage Resolution Area.
■An $4.2 million increase in the Construction Phase Owner’s Allowance Account “for unforeseeable changes to the work.”
■An additional $115,500 to the Inspector General Audit Account.
■Extension of the project’s completion by 178 days, from March 12 to Sept. 6, 2020.
Funding for the project will come from a TSA Other Transaction Agreement, Florida Department of Transportation Grants and Miami-Dade Aviation Department airport bonds.
Miami-Dade commissioners in July 2016 approved by an 8-4 vote a contract for Parsons-Odebrecht, with almost $7.5 million for preconstruction and up to $177 million for construction. Audrey Edmonson, Rebeca Sosa, Daniella Levine Cava and Esteban Bovo Jr. voted No; Sally Heyman was absent.
The bid came after a July 6, 2015, request for qualification was advertised for the project, which included replacing the in-line security screening portion of the South Terminal baggage handling system and installing an automated sorting system at the Central Terminal.
Statements were received Aug. 14, 2015, and evaluated a month later, with presentations from respondent firms held at an Oct. 1, 2015, hearing.
Mayor Carlos Giménez advised commissioners to approve awarding the contract to Parsons-Odebrecht, a 17-year collaboration between Odebrecht USA and Parsons Corp.