Advertisement
The Newspaper for the Future of Miami
Connect with us:
Front Page » Business & Finance » No doldrums: new jobs spurt up in manufacturing, construction giving Miami-Dade County’s economy a boost 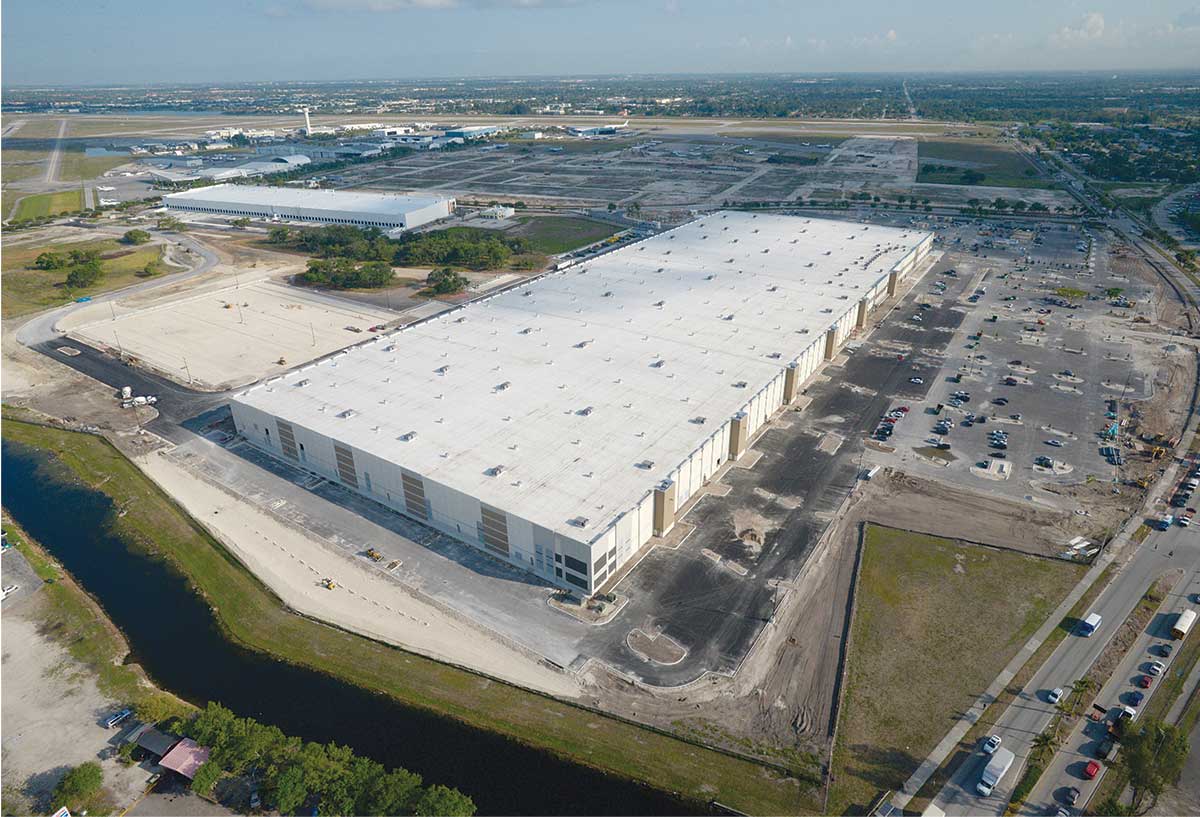 Growing jobs are giving Miami-Dade County’s economy a solid boost in the heat of summer months that decades ago were known only for the off-season doldrums.
Both the US Bureau of Labor Statistics and the One Community One Goal targeted job creation program here produced figures last week that showed a stronger labor situation than Miami has ever seen – at least in the total number of persons employed.
Miami-Dade in June had 1,340,663 persons working, the federal bureau reported in its monthly look at the labor force. That’s a few hundred below the May all-time peak for the county but a far smaller drop from May than normal as the economy shifts into the summer.
Unemployment was 4.1%, just off from the 4% of May that was the lowest unemployment rate here in a decade.
Miami-Dade Mayor Carlos Giménez hailed that far lower unemployment as he spoke last week in the annual reporting session at Marlins Park for One Community One Goal, which he co-chairs. “As a result of our work, unemployment in Miami-Dade stands at just 4.1% as of June,” he said.
The 4.1%, however, is still above the unemployment level for the state as a whole, which stood at 3.8%. Total unemployment in the county was listed at 57,700 persons out of a civilian labor force of 1,398,400, according to the federal labor bureau.
While the total of nonfarm employment in Miami-Dade rose just 0.6%, there were vast disparities between labor categories.
The fastest growth in Miami-Dade for any industry by percentage over the past 12 months was manufacturing, where employment rose 16.6% during the period to 49,100 persons. That’s the highest number of persons working in manufacturing in Miami-Dade since the county employed 49,500 in those industries in December 2005. On the other hand, that’s a rise in the midst of a long-time slump – back in March 1990, the county employed 88,000 persons in manufacturing.
Another industry with wide employment fluctuations is construction, which in the past 12 months gained 13% in total jobs to 53,100, the highest employment the industry since January 2008 – but construction jobs here fell as low as 30,000 in January 2012 during the Great Recession.
Construction gains are again being propelled by residential construction, which had plunged after the housing crisis of a decade ago. In the first six months of this year total new building permits in South Florida have risen 26% in value over the first six months of last year, with new starts totaling more than $5.8 billion, according to Dodge Data & Analytics.
In Dodge’s report last week, residential construction had grown 53% in the first half of the year from the first half of 2017, hitting $2.67 billion. Commercial construction, still the larger share of the pie, grew only 3% in those six months to about $3.15 billion.
That trend continues, with new residential construction start values up 66% in June alone while commercial fell 44% in new start values for the month versus June 2017.

Other than the two high-percentage growth industries in the county, employment in other industries grew far more slowly or declined.
Gaining year over year were education and health services, up 2% at 185,700 jobs; trade, transportation and utilities, up 1.5% at 297,400 jobs; and other services, up 0.4% at 52,200 jobs.
Falling off in employment for the 12 months were professional and business services, down 0.3% at 171,500 jobs; financial activities, down 0.7% at 82,200 jobs; leisure and hospitality, down 0.8% at 142,200 jobs; and information, down 1.6% at 18,800 jobs.
The One Community One Goal report looked only at the six-year gains in its targeted industries, seven areas where it has focused job-creating efforts since it was reborn from a 1990s Greater Miami Chamber of Commerce-led effort to a new Beacon Council-run initiative.
Those advances were large, totaling 67,015 new jobs of the total gain it listed for the community in that period of 171,885. The targeted industries as a group grew jobs 18%, while the community as a whole jobs grew 15%.
Those targeted categories don’t match exactly with the industry categories of the Bureau of Labor Statistics.
The largest total job gain in the targeted groups was in hospitality and tourism, which added 27,439 jobs, a 22% six-year growth to 152,210 jobs. While the number of jobs was larger, jobs in the industry tend to pay less on the community pay scale than in the other targeted industries. The program initially had the aim of producing jobs that pay well above the county’s average levels.
The second largest of the targeted industries in job growth was life science and health care, a sector that added 15,813 jobs in the six years, a 13% growth to 141,205, the One Community One Goal report showed.
The next largest total growth was 7,982 jobs in trade and logistics, up 24% to 41417.
The other sectors were aviation, up 5,056 jobs to 26,504, a 24% gain; creative design, up 4,724 jobs to 34,070, a 16% gain; technology, up 3,267 jobs to 11,440, a 40% gain; and banking & finance, up 2,734 jobs to 40,557, a 7% gain.

Mayor Giménez summed up the efforts at the One Community One
Goal session by saying “we are doing a fantastic job of creating opportunities in our community.” And he said more jobs are on the way: “Multiple prospects in the pipeline will now create even more job opportunities in the region.”
Amazon figures prominently in his thinking. He noted that more than 1,000 jobs are expected to be added to the economy when the digital giant opens its Opa-locka center this fall.
And there could be more from Amazon: the mayor said the community is still in the running to become Amazon’s second global headquarters: “We do have a great chance of luring Amazon’s HQ2 here.”
Also looming large on the jobs horizon, the mayor cited American Dream Miami, the retail theme park planned in the county’s Northwest quadrant that he said will bring 20,000 jobs during construction followed by 14,000 permanent jobs as the giant development serves 30 million visitors annually.
The county and the state as a whole are pictured as strong as economists look at job and economic prospects for the future.
The Coral Gables-based Washington Economics Group last week noted that “the new federal tax changes will increase the advantage” of especially Florida and Texas in economic growth, with both expected to lead the larger states in the percentage increase of gross domestic product. The first quarter saw a 3% gain for Texas and 2.5% for Florida as the nation’s largest percentage gains.
In fact, Florida as a whole moved from worst to first in a new federal survey of job creation released last week.
The Bureau of Labor Statistics reported that Florida had a net gain of 214,372 private-sector jobs in the last three months of 2017 – largest net gain of jobs by any state.
That stood in contrast to the bureau’s last quarterly report on “business employment dynamics,” which showed Florida leading the nation in net private-sector job losses in the third quarter of 2017, losing about 134,000 net jobs.

Economists and state officials attributed Florida’ job losses during the third quarter to the impact of Hurricane Irma, which struck in September. They predicted Florida’s job growth would likely rebound, which the new report verified.