Advertisement
The Newspaper for the Future of Miami
Connect with us:
Front Page » Education » Interim president takes Florida Memorial University reins as Barry starts its hunt 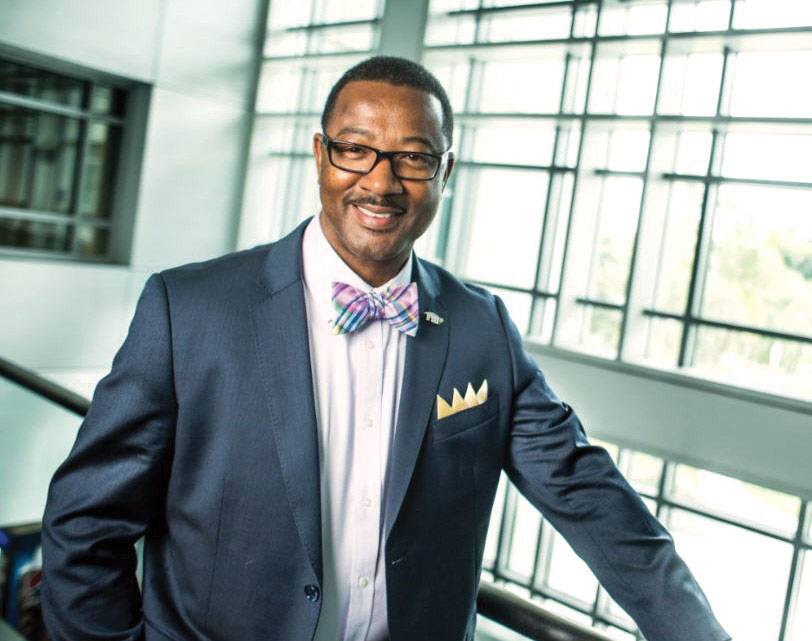 Two Miami-Dade universities are facing leadership change. Florida Memorial University is welcoming a new interim president this month. Barry University has one year to say goodbye to its president before a new one is appointed.
Jaffus Hardrick became the interim president of Florida Memorial starting July 16, replacing Castell Bryant. Mr. Hardrick said he didn’t know why Ms. Bryant left the position of interim president after serving only seven months. Ms. Bryant stepped up after then-president Michelle Howard-Vital took emergency medical leave.
Mr. Hardrick will be the third president of Florida Memorial in less than two years.
Florida Memorial University is a private, historically black college at 15800 NW 42nd Ave. in Miami Gardens. It serves about 1,300 students and is South Florida’s only historically black college. It offers 28 undergraduate programs and three master’s programs.
Mr. Hardrick said he hopes the position turns into something permanent and that the trustees of Florida Memorial did not lead him to believe that they are looking for another candidate for president.
“I’m excited about the opportunity to elevate Florida Memorial in this community. It is truly an institution that has significant impact in terms of educating students not only in South Florida but also in the state and the nation,” Mr. Hardrick said. “I want to be able to talk about the great activities and great research that is taking place at Florida Memorial. We have outstanding students and we’re not talking about it. Under my leadership, it won’t be hidden any longer.”
Barry University’s president, Sister Linda Bevilacqua, announced her pending retirement on June 1, with retirement effective in June 2019, after serving as the university’s president since 2004, according to a press release on the Adrian Dominican Sisters’ website.
Barry University opened in 1940 as an all-female school at 11300 NE Second Ave. in Miami Shores. Men were not accepted until 1975. It has about 9,000 students and 1,200 faculty and staff, with 54 buildings and indoor and outdoor athletic facilities spread over 80 of 122 acres, according to the university’s website.
A representative from Barry University, Christine Bucan, declined to comment on the progress of the search for a new president.