Advertisement
The Newspaper for the Future of Miami
Connect with us:
Front Page » Communities » New signs with lower speed limits slowing traffic in Coral Gables 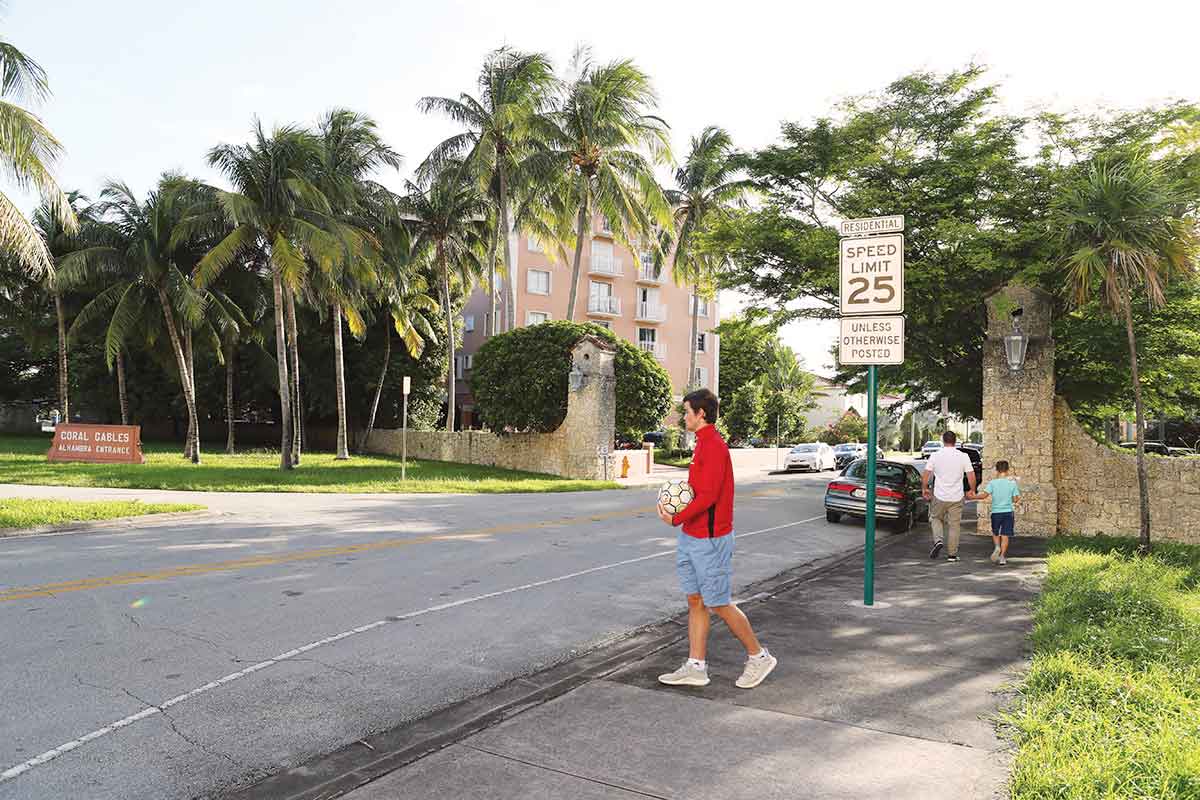 Coral Gables drivers are slowing down in some areas where 158 new speed limit signs have been installed, said Jessica Keller, the city’s assistant public works, transportation and sustainability director. Previously, there had been 127 speed limit signs on residential streets.

The 158 signs cost $149,999.60, with four pending signs in the most southern portions of Coral Gables, said Ms. Keller, with the public works department working with residents to pin down those exact locations.

The new signs, posted at all city entrances, look the same as always but are now down to 25 miles per hour from the prior 30 on residential local roads that the city maintains. Speed limits are now down to 20 mph in gated neighborhoods.

The old signs will be returned to the county, reused on Gables’ streets or recycled, Ms. Keller said.

In early data collected from the city’s speed measuring devices, some drivers have been moving slower in areas with new signs, Ms. Keller said. The city’s public works department and police department are continuing to review the warnings that officers give in the affected neighborhoods since the new signs were posted but they don’t yet have an exact tally of speeding-related tickets distributed. A heavier traffic flow when the school year begins will yield more data to determine whether the new signs are actually slowing drivers down and reducing injury and fatalities, Ms. Keller said.

Speeding commuters have been using Gables streets more frequently to bypass congestion, Ms. Keller said, which could be contributing to increased accidents.

“We believe certain traffic apps are directing drivers to the streets of less congestion on a daily basis depending on what detours or crashes are occurring,” Ms. Keller said.

The City of Coral Gables received county approval in July 2016 to lower the speed limit to reduce the frequency and severity of vehicle injuries by 10% each year within the city.

The five miles per hour difference gives pedestrians and bikers a much better chance of survival if they’re hit by a car, and slowing down helps to reduce accidents, according to studies from the AAA Foundation.

About 320 pedestrians and cyclists were hit by cars in Coral Gables between 2011 and 2015, according to a study from Atkins North America.

This slight speed limit change could make a big impact, since 18% of Coral Gables’ approximately 50,000 residents are 65 or older, according to a study by Location Inc. The 65 or older group is the city’s second largest. The largest slice of Gables residents, 26.4%, are 35 to 54.

This same ordinance for lower speeds was previously in effect in Coral Gables during the 1950s. The posted limit was 25 miles per hour in residential areas and 15 in the central business district and around schools. The speed limit was changed to 30 miles per hour, according to the city’s website, after Miami-Dade County in 1957 enacted a home rule charter.

Gables commissioners agreed to fund further studies in 2019, Ms. Keller said. All signs throughout Coral Gables are to be inventoried and possibly removed in an effort to reduce sign clutter, she said. In addition, she said, the city will inventory right-of-way assets, such as streetlights, pavement and sidewalk conditions and the state of curbs and gutters.