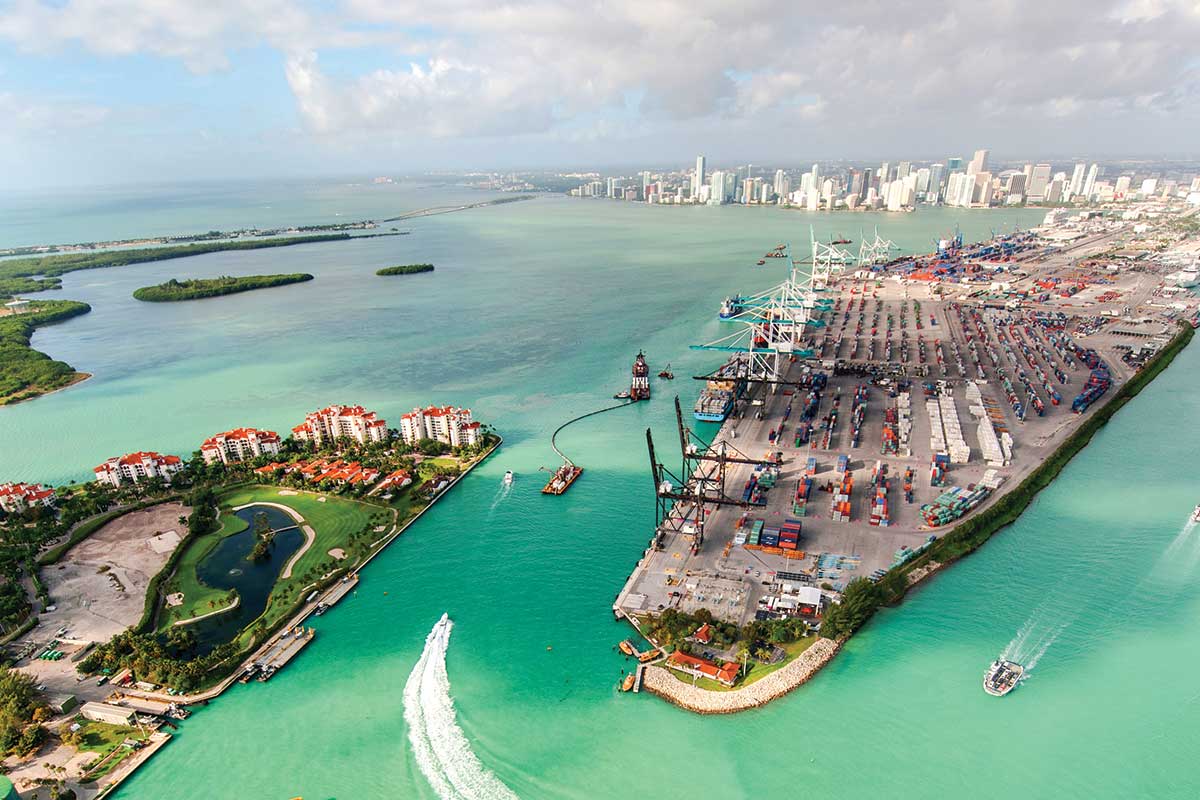 After three major upgrades to Port Miami’s channels to handle ever-bigger ships, including a $205 million project that ended in 2015, a fourth round of digging may be needed because the improved harbor is outdated, federal officials say.

The US Army Corps of Engineers will study improvements to PortMiami, with a public meeting highlighting alternatives and a plan expected by 2020, spokesperson Susan Jackson told Miami Today.

The 2018 Work Plan for the Miami Harbor Safety and Navigational Channel Improvements Program at PortMiami includes $556,250 to start the study, which adheres to the corps’ rule requiring completion within three years, no more than $3 million in federal cost and concurrent review at the corps’ district, division and headquarters levels.

Pilots assisting ships navigating the harbor are having trouble maneuvering larger ships – some with cargo capacities of 11,000 TEUs (20-foot equivalent units), according to Ms. Jackson. With freighters of up to 14,000 TEUs now on the seas, she said, these troubles will only worsen.

“As the port continues to increase its capacity, this feasibility study…is another important step to further serve our current customers and respond effectively to the next generation of cruise and cargo business,” said Port Director Juan Kurlya.

The corps would conduct and manage expansions, he wrote, complementing upgrades that began in 2012 and concluded in September 2015 and cost $205.6 million, according to corps documents. That project deepened and widened the Fisher Island turning basin, relocated the west end of the main channel and deepened and widened Fisherman’s Channel and the Lummus Island turning basin. At that point depths were cited as 48 to 52 feet.

Improvements to PortMiami began in 1990, when Congress authorized deepening and expansion to 42 feet, a project completed three years later.

In February 2004, the corps used the Susan Mærsk, a 1,140 foot, 6,000 TEU freighter, as its model to determine optimum depth. The Mærsk’s minimum clearance between the deepest point of the ship and the bottom of the port was set at three feet.