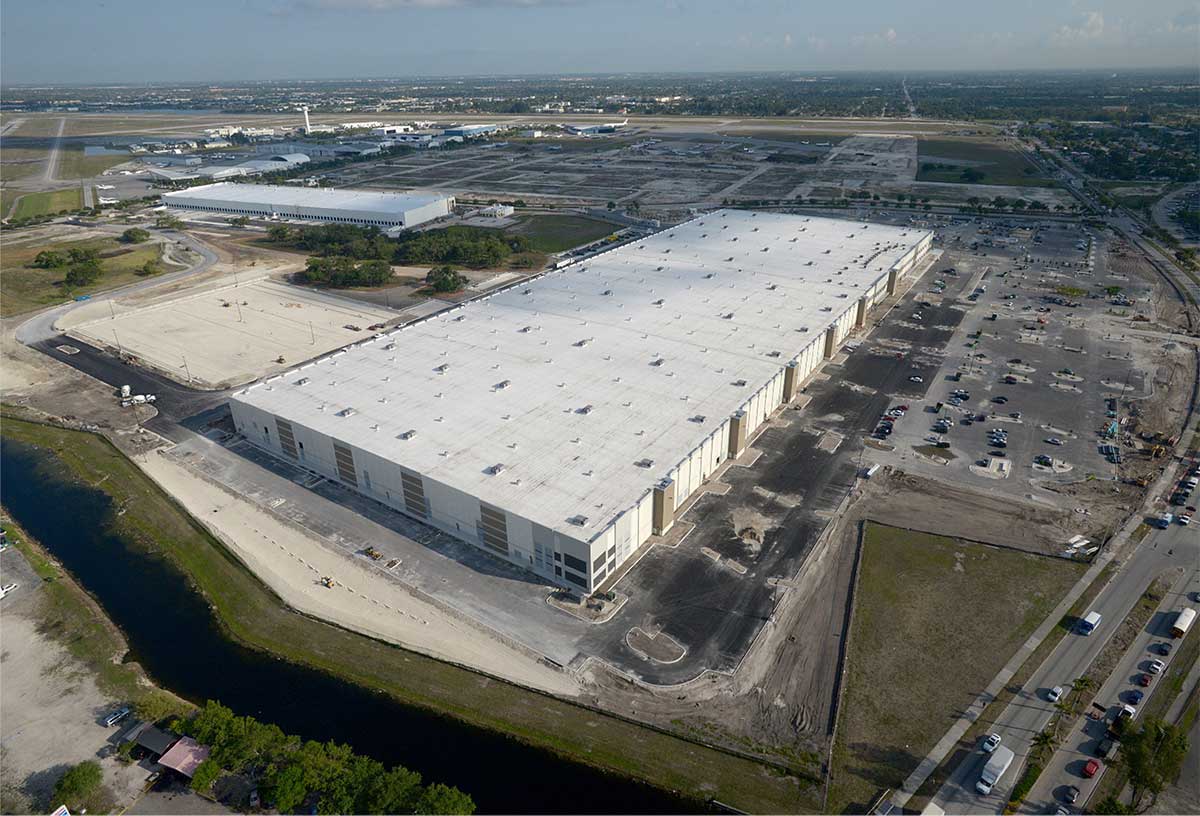 The Amazon center is the first of three phases. The second is a 280,000-square-foot industrial building. The final phase is a 5,000-square-foot headquarters for the Carrie Meek Foundation. The project will total more than 1 million square feet. All the buildings will be open for operations in August, said Ford Gibson, a managing director at Foundry Commercial.

Amazon is still working with vendors to prepare the building for operations after the initial construction by Foundry. The internal work is extensive because of how automated Amazon’s system is, Mr. Gibson said.

The joint venture between the Carrie Meek Foundation, which targets affordable housing, healthcare and education for Miami-Dade, and Foundry is considered one of the largest private industrial developments and the largest single job creation project in Miami-Dade County history.

The business park, on 97 county-owned acres near Curtiss Street and Northwest 42nd Avenue, is being leased to the foundation and Foundry on a long-term ground lease.

“The profits and losses from the CCRE Meek LLC joint venture are distributed on the basis of 70% to Foundry and 30% to the Meek Foundation,” said Tony E. Crapp Sr., foundation executive director. “The development lease assigned to the joint-venture has a development period for the construction of improvements of 8½ years, followed by a 55-year lease term.”