Written by Marcus Lim on May 29, 2018
Advertisement 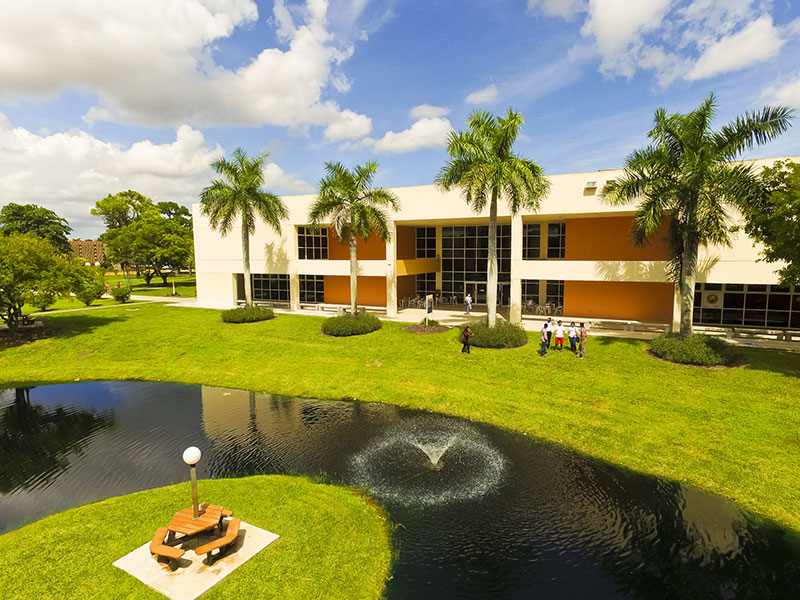 St. Thomas University has selected a new president. A search committee has chosen David Armstrong, current president of Thomas More College in Kentucky, to be the private school’s next leader, stating that his vision matched theirs: to be a leading Catholic university.

With a proven track record and skills of increasing enrollment, fundraising and forging community-based partnerships, Mr. Armstrong hopes his expertise will help raise the profile of the faith-based institution’s footprint “in Florida and beyond” and ensure that the university navigates through what he calls a challenging time in higher education.

“The value of higher education is questioned by both sides of the aisle,” he told Miami Today. “Families don’t want to fund it, other students are getting free rides in other schools, it is a challenging time. We want to make sure that we will get a good positive trend enrollment growth.

“We have grown and set records everywhere I worked. There is an old saying from a nun, ‘If there is no margin there is no mission.’ We want to make sure we have the margin so the mission lives.”

He said his frankness on speaking about the challenges of higher education to St. Thomas University’s search committee helped him get the position, an exciting opportunity, he says, even though he wasn’t looking for another job and happy at his current leadership position at his Catholic liberal arts college, a position he held since 2013.

“I wasn’t looking for a position, I was just very honest on the value of higher education and a degree from a smaller Catholic, liberal art focus-based institution. I am very direct about the challenges those colleges face, so it was liberating to be very honest,” Mr. Armstrong said. “In my interview, I asked every person if they were ready to do what was necessary to put St. Thomas University in a position for the next 50 or 100 years to be a force.”

He said he was only drawn to the St. Thomas University position by the healthy respect he had for outgoing president Msgr. Franklyn Casale, the president for 25 years. The pair have met numerous times at the Association of Catholic Colleges and Universities, where Mr. Armstrong fostered an admiration for him.

“To be able to follow him and his legacy is quite an honor. I look forward to working with him in the transition and know he will be a mentor to me in the future. Though I wasn’t looking for a job at this time, he and the university made it very attractive to me,” Mr. Armstrong said.

Mr. Armstrong will assume official duties Aug. 1, and officially end his current role at Thomas More College a day before that.

St. Thomas University, based in Miami Gardens, has a total enrollment of 6,216. The school was founded in 1961.

The hunt a the new president started in January with 2,000 applicants, who were slowly whittled down to just four confidential candidates by the end of April. After two days of interviews conducted by the search committee made up of about 20 members from the Board of Trustees, administration and students, they unanimously selected Mr. Armstrong.

At the start of the search, the committee was open to a candidate who wasn’t in a religious order, as numbers “are becoming more limited,” but the person had to enhance the interconnection of values between higher education and the Roman Catholic Church. Secondly, the candidate had to have the same vision as the school to be a leading Catholic university. Members of the committee said Mr. Armstrong met both criteria, along with a strong background that gets results.

“David is a very strong Catholic with strong values and a very articulated point of view that gave us great confidence when he noted an important differentiator of our university was our Catholic identity,” said John Dooner, chairman of the Board of Trustees. “His vision and mission matched ours with strategic plans to fulfill those. He has what I call a not-to-be-denied attitude. His commitment to the mission of higher education was very compelling.”

While Mr. Armstrong undergoes his transition, the university is also setting up an honors college, named after Msgr. Casale, which he will direct. The participants are the top 10% of the class.

A target of $5 million endowment for the honors college was set last November, and while that number hasn’t been reached yet, Mr. Dooner has said the number is “close enough to have a smile on our faces.” In the next couple of weeks, an advisory group of six, including Msgr. Casale, is to meet and speak in-depth about the “flesh and bones” of the program.

The first cohort is expected to take around 25 to 30 people. Details are to be announced after the group’s first meeting.

Mr. Armstrong will spend the next two months juggling his duties at his current university and meeting with the schools at St. Thomas University. Though he admits it is a bittersweet moment, he is excited to start a new chapter in a new region.

“I’m from Cleveland and had enough winters to last a lifetime. I always knew I wanted to get to Florida someday, I just didn’t think it would be now,” Mr. Armstrong said. “I have spent my life making sure faith-based colleges thrive and survive, and there is a great foundation here that I am happy to be a part of.”