Advertisement
The Newspaper for the Future of Miami
Connect with us:
Front Page » Business & Finance » Duty-free giant to upgrade 21 Miami International Airport stores

Written by Miami Today on May 8, 2018
Advertisement 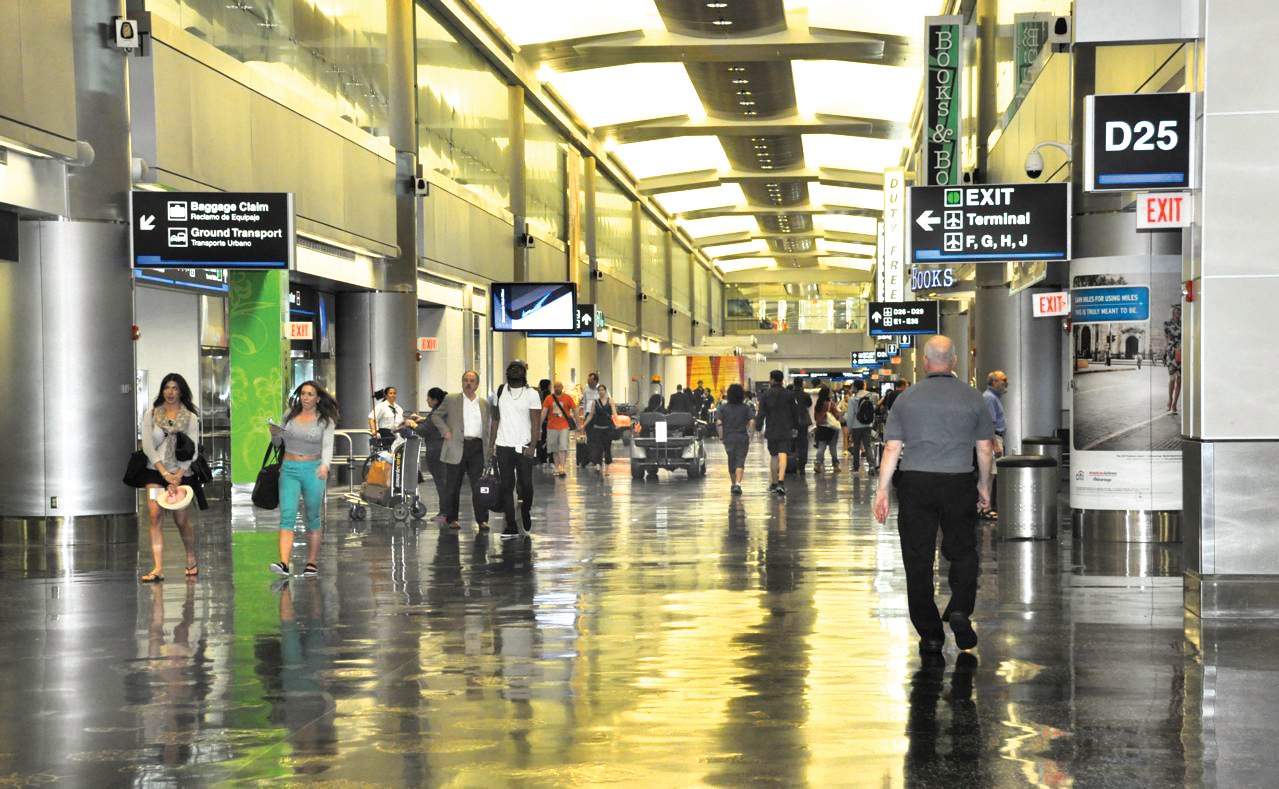 The Western Hemisphere’s largest duty-free retailer is pledging to spend $17 million to upgrade its 21 stores in Miami International Airport in extending its leases at two of the airport’s three terminals to 2024 in a no-bid deal.
The deal is part of the fifth amendment to the lease of Duty Free Americas Miami that the Miami-Dade County Commission approved in November 2005 and that was to expire at the end of 2017. The first four amendments waived some rent and reset some lease dates multiple times to compensate the firm for lower airport passenger traffic or construction delays.
The county’s Economic Development and Tourism Committee is to act on the lease extension proposal today (5/10). The full county commission would then take a final vote.
Duty-free shops of the type the company runs are big business. The company currently pays the county a minimum annual guaranteed rent of $26,710,605, a total payment that in some years reaches $30 million.
The stores sell only to outbound passengers on international flights, offering name-brand luxury goods at a discount that is typically not available to domestic buyers of the same goods. The 21 stores deliver the purchased goods directly to the gates of outbound flights.
Potential customers are numerous: in March alone, 935,680 persons flew from Miami International Airport to destinations abroad, the airport reported. The county legislation lists gross annual sales for the 21 stores at more than $87.7 million.
Duty Free Americas Miami is 70% owned by Duty Free Americas Airports Inc., which operates 150 duty-free stores and international border boutiques. It is the largest of about 10 duty free operators at US airports.
Duty-free operators typically have airport monopolies. The legislation that the county committee is to consider today says that having multiple delivery operators delivering to all three airport terminals could be confusing and would delay flights, so the county is being asked to waive bids from others. Indeed, most airports have monopoly operators of duty-free shops.
Duty Free Americas has those monopolies at JFK and LaGuardia in New York, Dulles and Reagan airports in Washington, and in Detroit, Atlanta, Baltimore, San Antonio, Phoenix, San Diego, Charlotte and Salt Lake City in addition to Miami.
The lease amendment that commissioners are considering would extend South and Central Terminal leases to Sept. 13, 2024, to match the lease expiration date of the company’s North Terminal stores. The county had advanced the North Terminal initial lease date more than eight years in an earlier lease amendment because gate openings in the terminal were delayed so there were fewer passengers than concessionaries had anticipated.
Duty Free Americas, Miami is based at 6100 Hollywood Blvd. in Hollywood. In addition to Duty Free Americas, which owns 70% of the firm, Concourse Concessions Inc., a national privately held woman and minority owned corporation, owns 20% and Siboney Wine & Spirits Merchants, a Miami company, owns 10%. The county lists the latter two owners as meeting the county’s 30% Airport Concession Disadvantaged Business Enterprise goal.