Advertisement
The Newspaper for the Future of Miami
Connect with us:
Front Page » Business & Finance » Miami-Dade County jobs rise in key spots even as joblessness grows 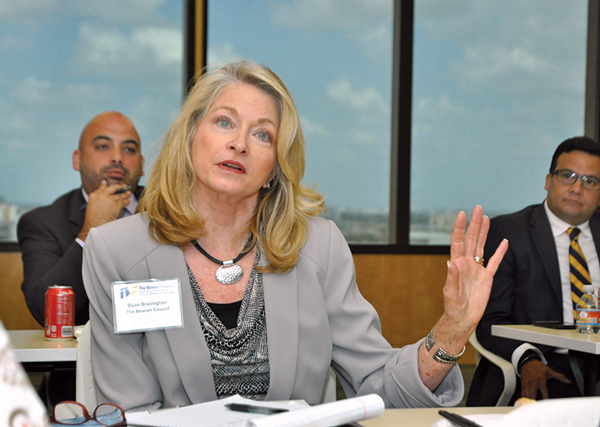 The number of unemployed persons in the month for the county hit 68,500, the US Bureau of Labor Statistics reported, up from 64,900 in February, yet the county overall lost just 700 non-farm jobs, falling to a total of 1,900,700 persons at work.

“Miami-Dade has a healthy, thriving economy,” said Dyan Brasington, the council’s executive vice president. “Seasonal fluctuations in unemployment are common this time of year, but we have seen many industry sectors add to their employment ranks. We’ve seen the transportation, warehousing, utilities, construction and manufacturing sectors mark significant gains in new jobs.”

In two of those sectors, in fact, numbers climbed to a decade-long high after plunged in the Great Recession of the mid-2000s.

In construction, according the Bureau of Labor Statistics figures, the 50,900 filled jobs in March in the county was highest in exactly 10 years, since a 52,900-job total was recorded in March 2008. The total was up from 49,800 persons employed in the construction field in February.

Construction in the county had bottomed out at just 30,100 filled jobs in 2012 as the famous Miami cranes disappeared from the skyline.

In manufacturing, the total of 45,600 persons at work was the highest since April 2008 and was up 800 persons in a month. Manufacturing jobs in the county now have increased 9.4% in the past 12 months.

The high-flying leisure and hospitality sector, a pillar of the county’s economy, which has seen a slight dip of 0.1% of jobs in the year, in March saw a 2,500-job gain.

The Beacon Council noted an annual gain in transportation, warehousing and utilities job of 6.7%, up 4,800 jobs for the year and 700 just from February.

In other sectors, education and health services jobs are up 2% for the year and professional and business services are also up 2%.

The largest percentage losses for the year were 2.2% of jobs in retail, 1.7% of jobs in financial activities, 2.6% of jobs in information and 1.3% of jobs in wholesale trade, according to the Beacon Council.