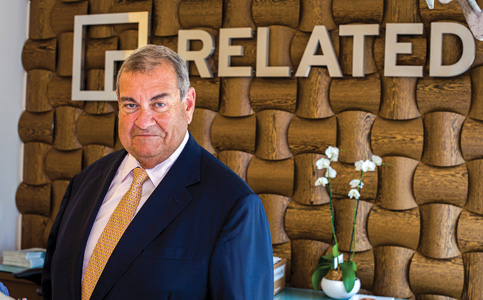 This weekend the Miami-Dade Beacon Council is to award Adolfo Henriques the Jay Malina award to honor his transformative role in Miami’s development through his professional work and civic participation.

Mr. Henriques is widely considered a change-maker in Miami, lending his expertise to various industries and causes throughout the county.

Though he has worked in banking for most of his career, Mr. Henriques is no stranger to his new role at Related, as he held the same position years ago.

As for his volunteer roles throughout the community, his leadership positions are numerous: Mr. Henriques has chaired the Financial Oversight Board for the City of Miami, the Greater Miami Chamber of Commerce, the board of Florida International University, the United Way of Miami-Dade, the Greater Miami Convention & Visitors Bureau and the Beacon Council.

Over the years, his community engagement has evolved to match Miami’s needs and his personal interests, he says. When first joining the banking industry, Mr. Henriques says, the need for affordable housing projects in Miami was dire, so he devoted his time to increasing housing options throughout the county. When banks adopted the project, Mr. Henriques transitioned to more economically minded organizations to increase professional opportunities throughout the county. Today, he says, he is driven to help promote Miami’s cultural offerings, chairing the Miami-Dade County Cultural Affairs Council.

Mr. Henriques says his love and support of the arts is largely driven by his family. His youngest daughter is an opera singer in Colorado and his late mother was actively engaged in musical and visual arts productions brought to Miami.