Advertisement
The Newspaper for the Future of Miami
Connect with us:
Front Page » Transportation » Tri-Rail won’t roll into downtown Miami this year 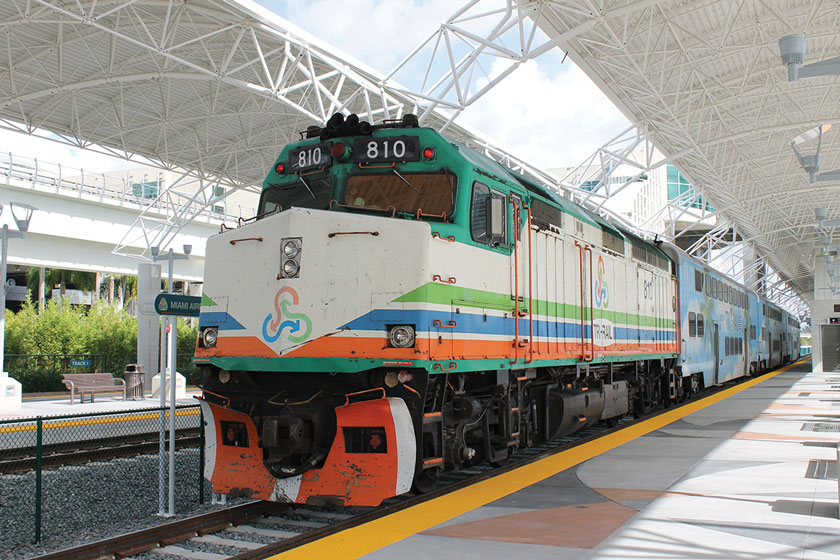 The trains also connect directly to Amtrak at numerous stations, and to Metrorail at the Tri-Rail Metrorail Transfer Station and at the Miami Airport Station.

As a result, this new “Tri-Rail Downtown Miami Link” will utilize a 9-mile segment of existing railroad that runs through the city of Hialeah, Miami-Dade County and the city of Miami, while using sections of the South Florida Regional Transportation Authority and the Florida East Coast Railway corridor.

The goal, once the new downtown Miami link is established, will be to run 26 passenger trains into Miami Central Station, which is set to be the home of All Aboard Florida’s Brightline.

From the downtown Miami hub, both Tri-Rail and Brightline trains are to offer service throughout Miami-Dade, Fort Lauderdale, West Palm Beach. Brightline is to eventually reach Orlando.

However, until then, “there are a series of qualifications and tests that have to be met and approved by the Florida Railroad Administration (FRA) before any Tri-Rail trains roll into downtown Miami,” said Aaron Parets, Positive Train Control project manager at the South Florida Regional Transportation Authority. “Right now, we are waiting on Florida East Coast Industries [the parent company of Brightline] to meet the necessary requirements set out by the FRA,” he said, “and we are also waiting on them to submit their application and a PTC [Positive Train Control] safety plan to the FRA.”

Typically, he said, “it can take up to a year or by statute up to 180 days for the FRA to respond, analyze and add comments to an application and PTC safety plan.”

As for test runs of the trains into downtown Miami, Mr. Stephens said, “We don’t expect to run test trains until the end of the year.”

“Right now there is an incredibly complex system being put into place regarding safety,” he said. “I don’t think anyone anticipated the complexity of this process, but we are hoping that the process will speed up if everyone involved cooperates.”

Until then, Mr. Stephens said, “we expect to move into Miami Central Station sometime next year.”

However, he said, that timeline could change.