Advertisement
The Newspaper for the Future of Miami
Connect with us:
Front Page » Real Estate » Miami downtown riverfront targeted for three towers 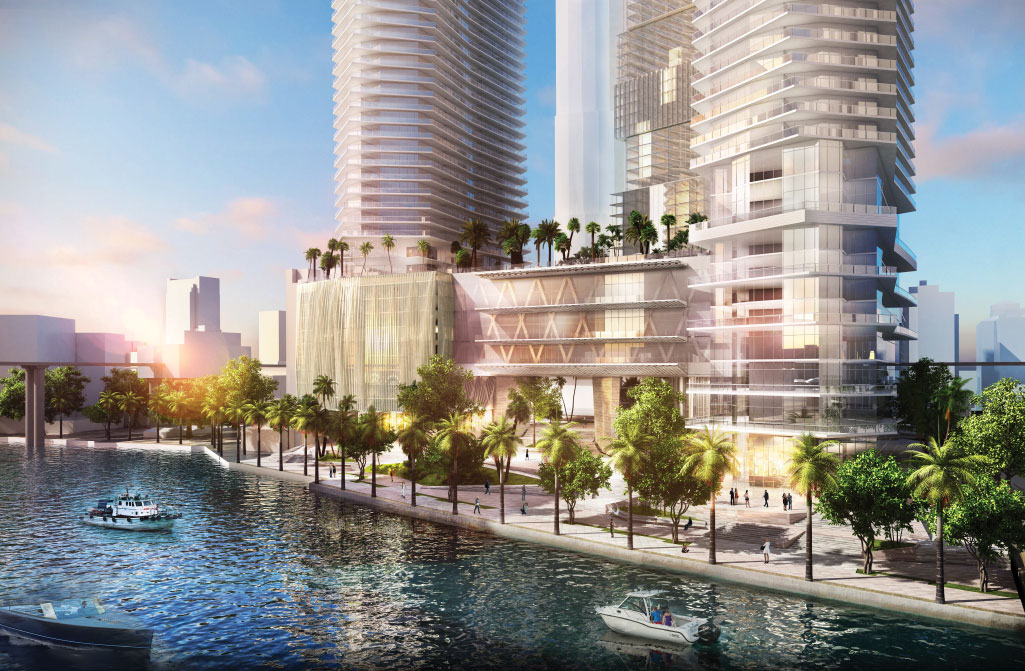 In August Miami voters may be asked to OK redevelopment of 4.2 acres of downtown riverfront that would add city revenue and improve access to the growing waterfront after razing the city-owned James L. Knight Convention Center and attached Hyatt hotel at 400 SE Second Ave.

CBRE, a commercial real estate services firm, has been negotiating on behalf of the city with Hyatt Equities LLC about the fate of the high-profile Miami River land. Now officials with the city and Hyatt have a Memorandum of Understanding for an amended and restated lease.

The new proposal is tied to a conceptual plan that would remove the hotel and convention center and redevelop the site with three towers: a Hyatt hotel and two residential buildings with possible office and retail uses.

The proposal resembles an idea considered last year, which the city commission put off with a directive to negotiate further.

Some commissioners pushed for a new master plan to redevelop the entire riverfront in that area to connect to city-owned Fort Dallas Park just to the west. Others suggested keeping options open to allow for potentially using part of the site to stage construction of a tunnel under the river to carry Brickell Avenue traffic to and from downtown.

Officials with the city and Hyatt, along with CBRE representatives, are presenting the latest proposal to city review boards with a goal of taking the deal to the city commission May 10.

The plan would put the matter to a citywide vote Aug. 28. The city charter requires that voters must approve sale or lease of city-owned waterfront.

A draft of the ballot wording reads: “Shall the City Charter be amended to extend City’s Lease with Hyatt of 4.2 acres of waterfront land at 400 S.E. 2nd Avenue for additional 49 years (total 99-year term) and include: convention center land; new hotel and mixed-use development; new public Riverwalk and other public amenities; and Minimum guaranteed rent to City of $2,000,000 annually, plus percentage of gross profits from all other uses?”

City officials for years considered the venue a “money pit,” and some considered selling the entire property, which includes the Knight Center, the Hyatt Regency hotel land, and a 1,450-space garage that is the base of the privately-owned Miami Tower to the north.

The original lease with Hyatt began in September 1979.

The latest proposal would see removal of the convention center, opening the site for the three new towers and added green space and public access, contingent on final construction plans agreed to with a third-party developer.

A CBRE representative said a study a decade ago found the convention center was outdated and had served its purpose. Removal of the hulking, low-profile convention center opens the site to added view corridors, green space and plaza design, said officials working on the latest proposal.