Advertisement
The Newspaper for the Future of Miami
Connect with us:
Front Page » Government » County spending money it doesn’t have, Mayor Giménez warns 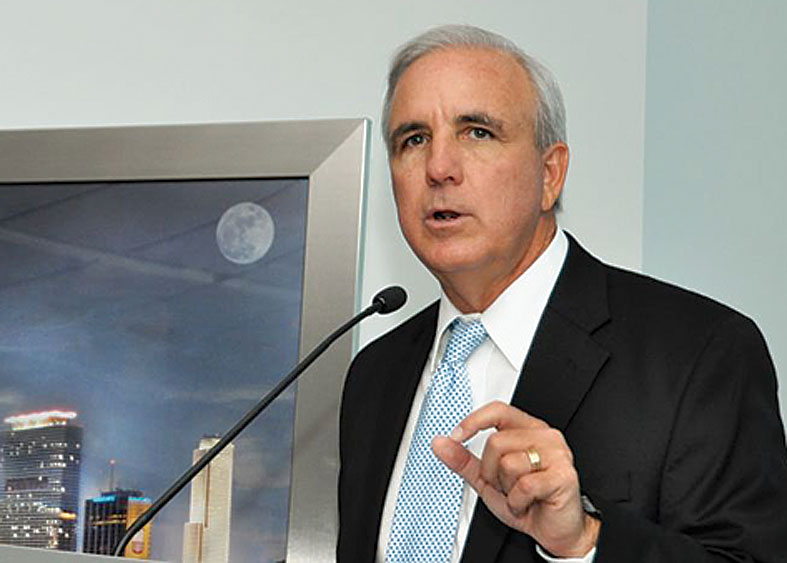 With an anticipated increase in the Homestead Exemption come November and declining property tax roll growth countywide, Miami-Dade County Mayor Carlos Giménez on Tuesday issued a memo to commissioners telling them they are spending money the county doesn’t have.

“This should come as no surprise to the board,” Mr. Giménez wrote, saying there is a deficit in the county’s five-year forecast.

The problem with the directives, Mr. Giménez said in his memo, is that there is not enough money to accomplish all of the commissioners’ requests, and he knows more requests are coming.

He identified other costs burdening the county that will reduce available funding in next year’s budget.

In last September’s budget hearings, the commission froze money in the general fund for the SMART plan, creating a $65.6 million gap in next year’s budget and a $127.3 million gap for the following year.

Other events that may further deplete county resources include unreimbursed Hurricane Irma costs and the unscheduled election for District 5. The hasty resignation by Commissioner Bruno Barreiro this month could cost the county up to $1 million.

Discussions in the pipeline “regarding other service enhancements, additional benefits to employees, or unanticipated facility needs” exacerbate the funding deficit, Mr. Giménez said.

To account for the gap, Mr. Giménez said his administration has already had to scale back on maintenance and rehabilitation at county facilities, “and it has become noticeable.”

Mr. Giménez made a point to remind commissioners that the existing budget deficit is a conservative estimate, saying his calculations are “assuming nothing else happens to negatively impact the budget.”

Tough decisions will have to be made, he said: increase taxes to support additional services or reduce services.

Without an enhancement to revenues through an increase in fees or the property tax rate, Mr. Giménez wrote, “this county will be prioritizing critical services at the expense of other activities.”

Mr. Giménez was unavailable to comment on his memo, which will be up for discussion by commissioners May 1.

One Response to County spending money it doesn’t have, Mayor Giménez warns