Advertisement
The Newspaper for the Future of Miami
Connect with us:
Front Page » Real Estate » Miami owners of historic properties might sell extra density 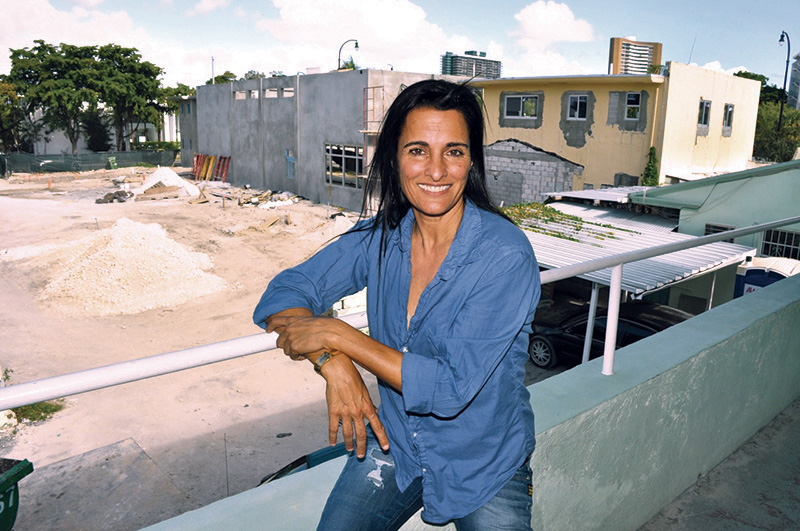 City of Miami officials are working to clarify proposed legislation designed to incentivize the preservation of historic properties by allowing those properties to sell unused residential density to sites near public transit.
The aim is to benefit several parties: the owners of historic designated properties gaining money for preservation work and upkeep; the developers who could purchase added density for a project within a Transit Oriented Development (TOD) area; and the city getting more money into its affordable housing fund.
A package of three amendments to the zoning ordinance was discussed March 22 by the city commission and deferred to this month.
Commissioner Ken Russell sponsors the legislation. He is an advocate for historic preservation and also supports efforts to bring more affordable housing to the city.
During the meeting, concerns were raised about how to make the proposed changes and who exactly would benefit.
Commissioner Manolo Reyes, elected in November, has raised concerns about historic preservation efforts of the city and how they may infringe upon an individual’s property rights.
Mr. Reyes sounded that worry again March 22 on this latest proposal, saying he’s concerned that if approved it would lead to owners all over the city trying to get their property designated historic just to sell off the unused density.
Mr. Reyes also expressed concern about how properties are designated historic.
“This has nothing to do with how we designate,” said Mr. Russell.
But Mr. Russell acknowledged, “I’m hearing concerns,” and perhaps the legislation “is not fully baked.” He said he was willing to put off the matter and work on clarifying the language.
Developer Avra Jain, who has made a name for herself in Miami by restoring historic properties like the Vagabond Motel, the Miami River Inn and others, spoke in favor of the proposal but did ask for changes that would allow owners of historic properties who took measures to redevelop and preserve since 2010 to take advantage of this pending legislation.
A similar desire was voiced by Melissa Tapanes Llahues, an attorney for several property owners in the city who have property in historic districts, MiMo to name one.
Ms. Jain and Ms. Llahues both said the proposed legislation is “forward thinking” and will benefit future projects, but they’re asking if the new program could be grandfathered too.
“What happens with projects already completed or under construction?” asked Ms. Llahues. “My clients have several projects along Biscayne [Boulevard] already under way.”
Mr. Russell said he was willing to meet with Ms. Jain and Ms. Llahues and his staff to work on possible language for the proposal, which was deferred until the April 26 commission meeting.
The legislation in its original draft said:
The preservation of the City of Miami’s historic resources is a significant goal in the city’s vision for its future.
The city recognizes that rehabilitation and maintenance expenses of historic properties can be burdensome.
The city recognizes the need to provide an incentive for designation of historic resources.
The city already provides an incentive in the form of transfer of development rights for historic resources, and recognizes that the value of the development rights for historic resources has dropped considerably recently.
The city may provide an additional incentive by allowing the transfer of density units for historic resources.
The Miami Historic and Environmental Preservation Board on Feb. 6 voted 9-to-0 to recommend approval of the proposal to provide an additional incentive by allowing the transfer of density units for historic resources.