Advertisement
The Newspaper for the Future of Miami
Connect with us:
Front Page » Arts & Culture » Year after debut, American Museum of the Cuban Diaspora plans opening 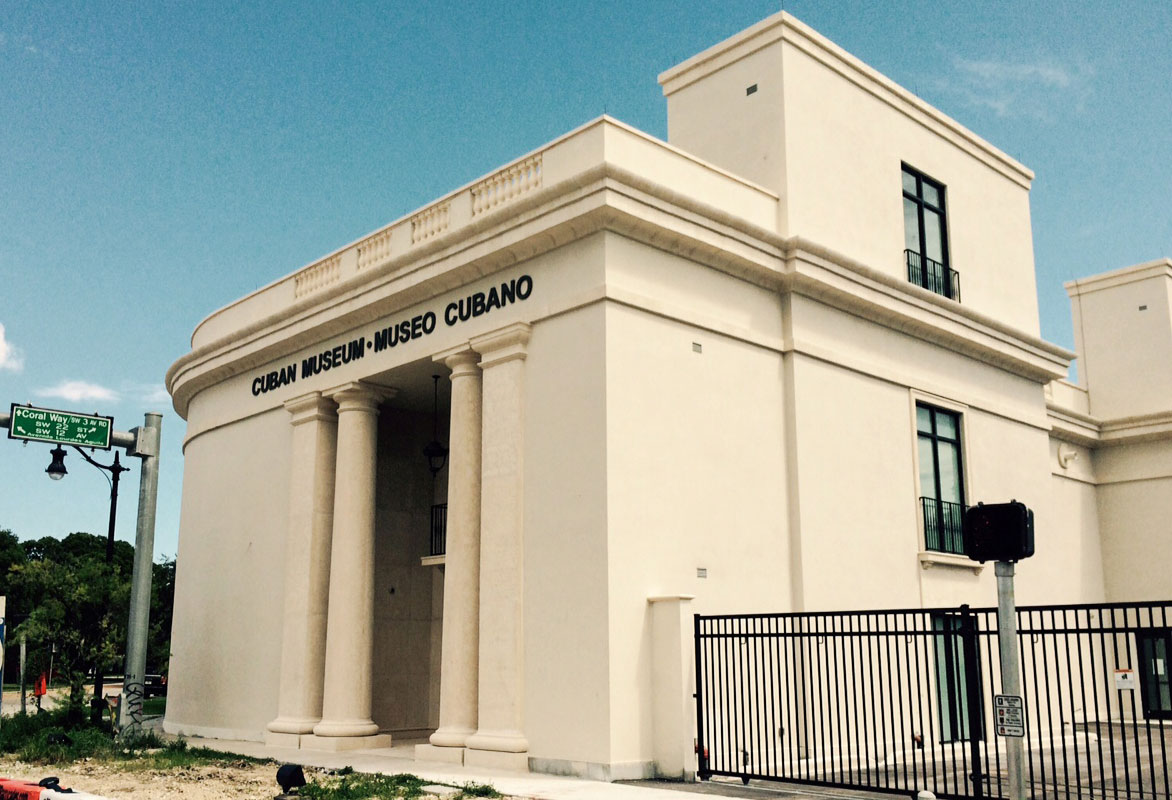 After hosting its soft inauguration a little more than a year ago, the American Museum of the Cuban Diaspora plans to host its grand opening Sept. 8 with two new major exhibitions highlighting Celia Cruz and the Bacardi Family, according to Ileana Fuentes, the museum’s founding director.

“The Grand Opening of the museum will take place on Sept. 8, 2018, on the feast of the patron saint of Cuba, Nuestra Señora de la Caridad del Cobre (Our Lady of Charity from El Cobre), a big and important day for Cubans everywhere,” she said via email.

The museum, which held its soft opening Nov. 19, 2016, debuted its first exhibition, “Bending the Grid: Dictators, Terrorism, War and Exiles,” by Luis Cruz Azaceta, which explores the themes of terrorism, war and exiles as part of a 29-piece exhibition that spans from 1980 to the present, according to the museum’s website.

That exhibit, said Carisa Perez-Fuentes, the museum’s communications and marketing director, will run through May as part of Miami Museum Month.

“Basically what happened with our timeline,” Ms. Perez-Fuentes, said, “was that Alberto Carvalho, the superintendent of Miami-Dade County Public Schools, came out and visited the museum and immediately liked what the museum had to offer, which led to us implementing an education program for middle school students.”

As a result, she said, the museum is currently working on its initial school programs so that students can reap the full benefits of the program when the museum’s new exhibitions debut in September.

In addition to working on its school program, the museum plans to focus its efforts on fine-tuning its headquarters and preparing for its grand opening, she said.

The grand opening celebration will hold two major exhibitions, Ms. Fuentes told Miami Today. The first exhibition, “Forever Celia,” is to highlight the queen of salsa, Celia Cruz, and “Forever Cuban: The Spirit of Exile,” will display the Bacardi Family’s history and struggle for rights and freedom in Cuba going back to the 19th century.

As a result, these two new exhibitions will debut approximately 10 years after the museum began construction in 2008 after receiving $10 million in county general obligation funding in 2004.

“Right now our operating hours are still 10 a.m. to 4 p.m on the weekends,” Ms. Perez-Fuentes said. “However, once everything is up and running in September we plan to be open five to six days a week. We are still ironing out those details.”

As for what to expect until the grand opening, she said, “During the summer months the museum will go dark so that we can take down the current exhibit that’s currently in the museum and replace it with the exhibitions.”

“Once the new exhibitions are in place and the grand opening happens we plan to offer guided tours of the museum, film screenings, book readings and a bunch of other activities,” Ms. Perez-Fuentes said.

Moving forward, she said, “We are currently working with the Celia Cruz Foundation, the Smithsonian and the Bacardi Museum to accurately portray these different periods of time within Cuba’s history and are looking forward to debuting our newest exhibitions at the grand opening.”

The museum, which is at 1200 Coral Way, is open weekends from 10 a.m.-4 p.m. with admission costs at $12 for adults, $8 for seniors and students and free to children under 10. Annual membership with free admission and other privileges is $55 for single membership and $100 for families.