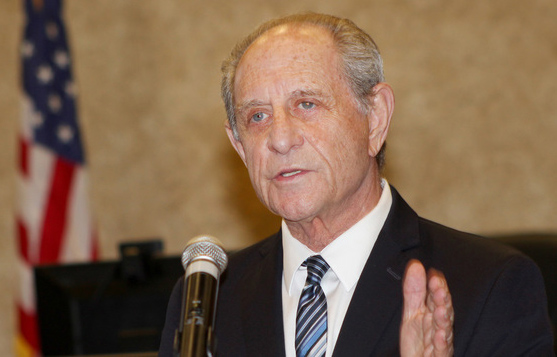 “During a very difficult session, mostly due to the work of [Speaker Designate] Jose Oliva, the state was able to give us money for the rest of the year,” Clerk Harvey Ruvin told Miami Today.

With pressure from Mayor Carlos Giménez, commissioners agreed to fund the office for six months but no longer, fearing they’d be stuck doing so forever. “The state is responsible for funding the clerk’s offices,” Mr. Ruvin said. Mr. Giménez and Mr. Ruvin promised to lobby the state in the interim.

Mr. Oliva helped push the legislature to return funding to the county, Mr. Ruvin said. “He asked the tough questions and once he was convinced that our cause was both unique and just, he stayed true.”

With revenues declining, Mr. Ruvin says the county needs a new funding formula. “Traffic revenue was the cash cow of the clerk’s operation, but it has been nose-diving the last four years,” he said. The county has lost about 40% of traffic revenues.

The clerk’s office keeps less than 50% of its own revenues, allocating money to 37 trust funds. But many trust fund allocations have fixed amounts, so with revenues declining the clerk keeps even less.

The state decision will only fund the office for the rest of 2018, but Mr. Ruvin says he’s confident Mr. Oliva will be the county’s champion to find a long-term funding solution.