Advertisement
The Newspaper for the Future of Miami
Connect with us:
Front Page » Transportation » Downtown Development Authority’s Biscayne Green wilts in Tallahassee 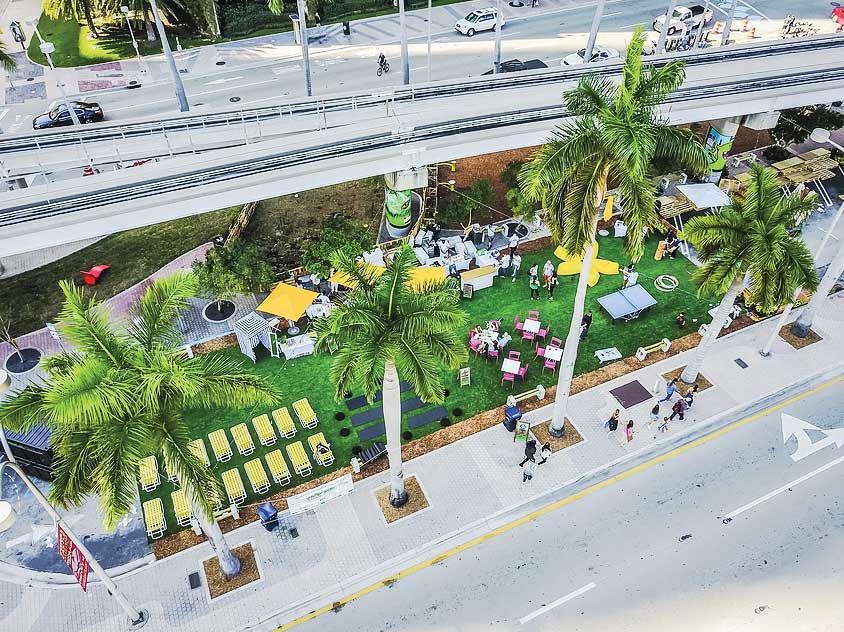 For Miami’s Downtown Development Authority, results of this year’s Florida legislative session could be summed up by the phrase “so near, yet so far away.”

Board members learned at their March 16 meeting that Biscayne Green, an audacious plan to create a “grand boulevard” on Biscayne Boulevard by replacing parking and traffic lanes with public spaces, had been awarded $1 million in the 2018-19 budget.

But on March 20, Gov. Rick Scott vetoed the item, along with $63 million in funding for other projects. The authority did, however, receive $300,000 for mental health services.

“It was a weird but relatively peaceful session,” Nelson Diaz, a principal of Southern Strategies, the authority’s Tallahassee lobbyist firm, told directors at their meeting. The session began with legislators focusing on repairs from Hurricane Irma, but that all changed Feb. 14, with the Marjory Stoneman Douglas school shooting. “Sadly, the focus changed then,” Mr. Diaz said.

There was concern at the meeting that the governor would veto the Biscayne Green funding.

“This could get dismissed,” said Ken Russell, authority chair and Miami commissioner. “The governor has a lot on his mind. We’re at the finish line, but it could go south pretty quickly.”

“Last year, there were record vetoes,” Mr. Diaz said. In fact, a nine-page list totaled nearly $12 billion in rejected projects. But Gov. Scott is said to be contemplating a run against US Sen. Bill Nelson when his current term is up later this year. In 2014, the last time he was running for re-election, the governor vetoed only $69 million in funding. “He has to do some vetoes,” Mr. Diaz said, but he said he hoped the veto pen would be applied sparingly.