Advertisement
The Newspaper for the Future of Miami
Connect with us:
Front Page » Top Stories » Developer’s payment to city gains more density in Wynwood 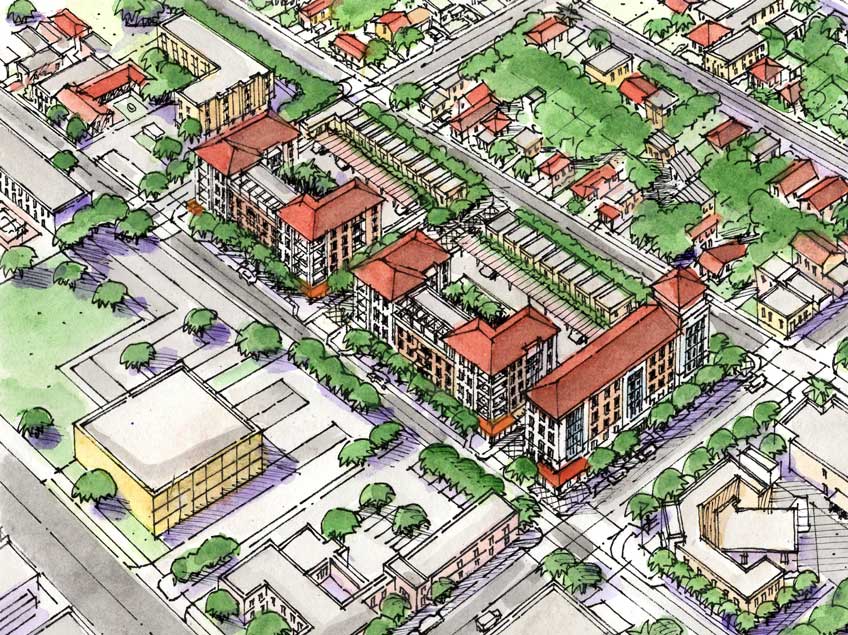 A developer is soon to write a $500,000 check to the City of Miami in a deal that will allow added density to a block-sized project in the heart of Wynwood.

The money is to be set aside to rehabilitate and improve eligible housing in District 5, which includes Wynwood, Little Haiti, Liberty City, Overtown and more.

The promise of financial relief for low-income homeowners and seniors who want to stay in their homes was a major selling point for District 5 Commissioner Keon Hardemon in support of land use and zoning changes requested by Westdale Wynwood LLC.

Some neighboring homeowners were present last week when city commissioners granted final approval to the changes.

Addressing them in the crowd, Mr. Hardemon said, “You’re going to have some relief even before they have a shovel in the ground. I think that’s very exciting.”

The changes are considered first steps toward clearing the way to redevelop an entire block, bringing new multi-family residences and retail shops between Northwest 30th and 31st streets and Second and Third avenues.

Mr. Hardemon said he’d met with the developer to discuss a contribution that could be used to improve houses in the area.

Mr. Hardemon said, “I’m serious about that money going into homes. I’m excited about that, and they won’t have to wait for years for available funds.”

Commissioner Joe Carollo, who has been pushing the commission to get money from developers seeking larger projects, asked how many added residential units would be allowed after zoning changes. Staff said it is a doubling, from 81 units to 162.

With inclusion of adjacent land, the developer said it plans about 200 multi-family rentals and incorporating smaller units that can accommodate working families and area residents looking for quality units sorely lacking in the neighborhood, where no new units have risen in decades.

Mr. Carollo said he was happy to see the developer step up with a sizeable commitment that will help improve housing. “At least they’re offering some real money,” he said, instead of promises to build so-called workforce housing that’s still out of reach for most city residents.

In a prepared statement, Yoni Bornstein, local partner in Westdale Wynwood, spoke of his appreciation of the diverse neighborhood.

“The neighborhood is a real gem – not only because of its close proximity to Midtown and the Wynwood Arts District, but because of its rich cultural heritage and civic organizations and schools within walking distance,” he said.

Attorney Steven J. Wernick, representing Westdale, said the approval of rezoning will allow the company to add significantly to the area’s housing.