Advertisement
The Newspaper for the Future of Miami
Connect with us:
Front Page » Top Stories » Fare-free municipal and county circulators a transit patch 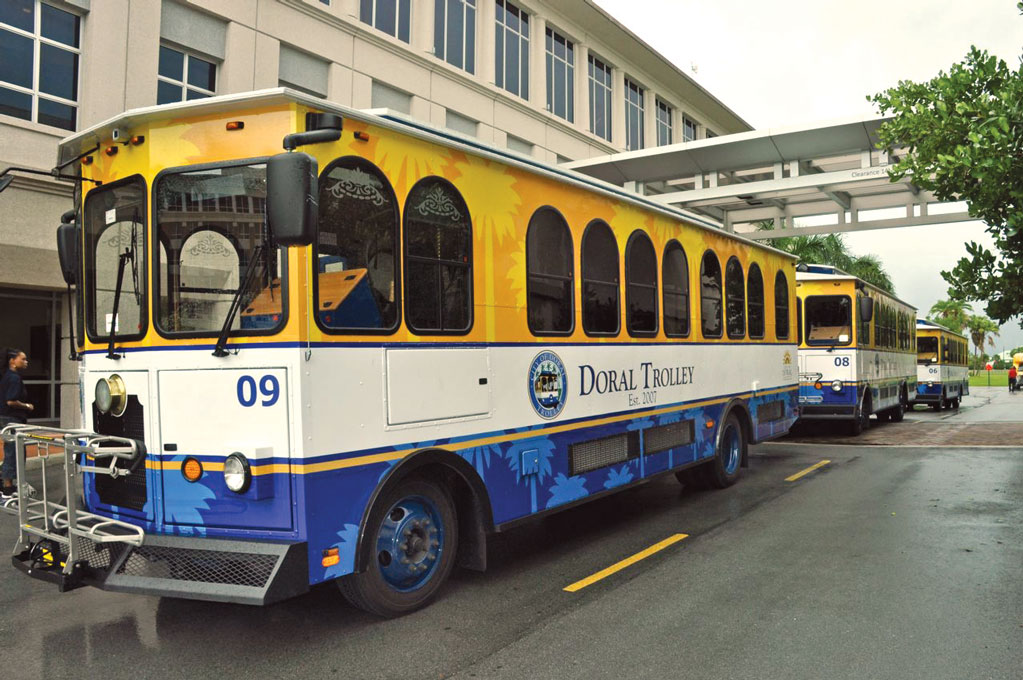 While Miami-Dade County’s six-corridor rapid transit SMART plan is caught up in studies awaiting extra federal and state funds, members of the Transportation Planning Organization’s [TPO] Executive Policy Committee are discussing how fare-free municipal and county circulators can service all areas of the county in the meantime.

The People’s Transportation Plan half-penny sales surtax was approved by Miami-Dade voters in 2002 for transit expansion. The sales tax was increased from 6.5% to 7% and the half-penny was to go toward transit improvements around the county.

Many municipalities chose to use their PTP surtax dollars to run fare-free circulators for residents within their boundaries.

Javier Betancourt, executive director of the Citizens’ Independent Transportation Trust, the entity that oversees the PTP money, said municipalities aren’t required to run circulators with the surtax money, “though most do.”

Ms. Heyman said she now feels comfortable telling residents how the PTP money has been spent since its inception 15 years ago: “I can tell them that we have wisely invested in our cities so they can run their circulators,” she said.

Coral Gables has had about 1.2 million rides on its trolley system, said Mr. Lago, voting member on the executive policy committee.

Coral Gables goes beyond its 20% PTP transit requirement, allocating all of its PTP funds toward its trolley system, Mr. Lago said, and the city is hoping to further expand its system.

Miami-Dade Commissioner Rebeca Sosa, who chairs the TPO’s executive policy committee, said the committee needs to find a way to fill the gaps in circulator services throughout the county.

Ms. Sosa said the county buses should connect with city circulators to ensure that all incorporated and unincorporated areas have nonstop service throughout the county.

“The best thing is to bring each city to the border and have a stop where the next city picks up,” said Medley Mayor Roberto Martell, voting member on the executive policy committee.

Ms. Heyman pointed out that Florida City receives PTP surtax dollars, but the 20% transit allocation isn’t being spent on a municipal circulator.

Ms. Sosa suggested introducing a resolution to the TPO requiring a full audit of the municipalities’ use of CITT surtax money every two years to make sure the dollars are funding transit expansion.

Mr. Betancourt told the committee that his office works with Commission Auditor Cathy Jackson to audit the municipal PTT funds.

“I want you to prepare a complete report of how much the cities are getting and what they are doing with the money,” Ms. Sosa told Mr. Betancourt.

While a formal vote wasn’t taken, Ms. Sosa said “this is the beginning of many discussions” about how municipalities use PTP money and how the TPO can best connect all circulators to create one comprehensive system.

“We are talking about realistic, fast solutions we can bring to the residents,” Ms. Sosa said.

In addition to the audit, Ms. Sosa suggested the TPO “make sure that cities are using their share for transportation,” to avoid gaps in service around the county.