Advertisement
The Newspaper for the Future of Miami
Connect with us:
Front Page » Top Stories » Personal Rapid Transit moves into study for Baylink route 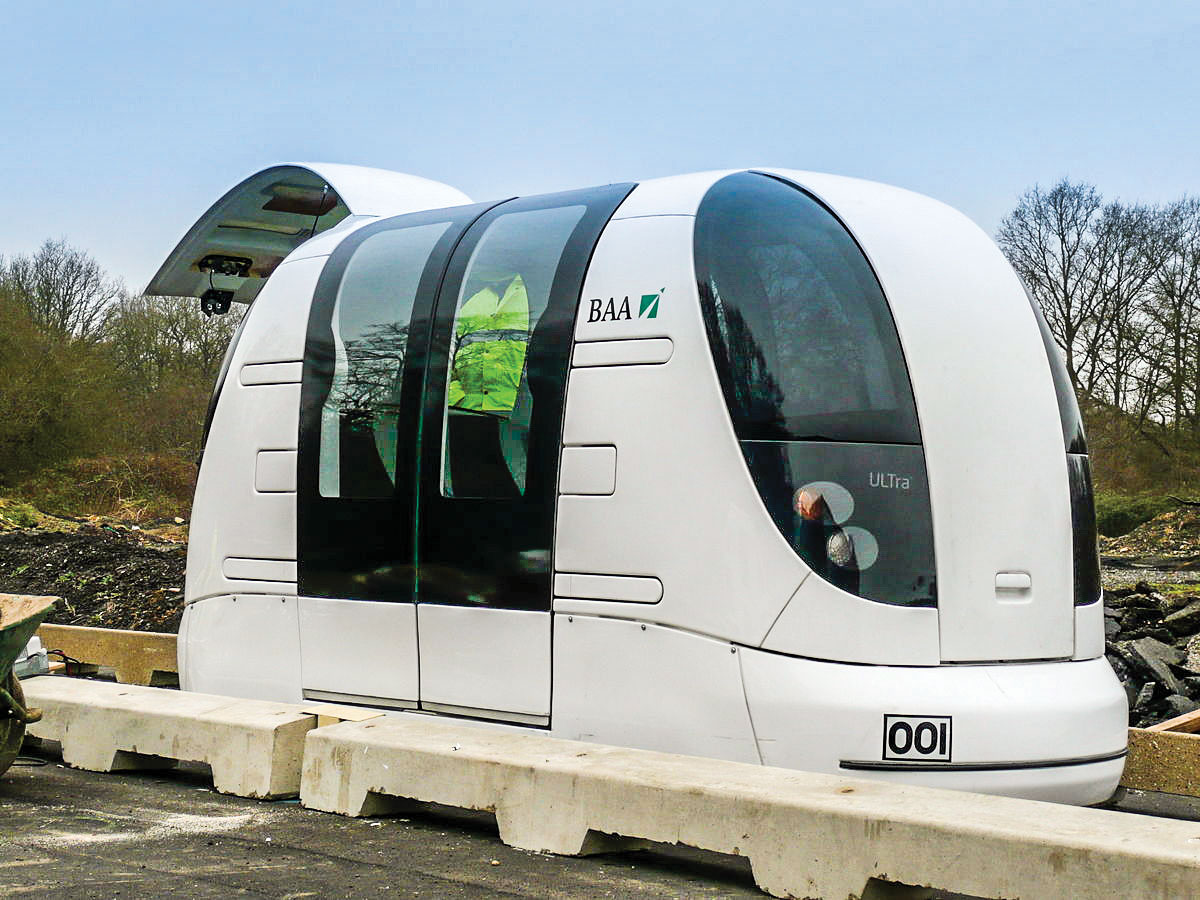 Amid commissioners’ complaints that the SMART plan for the county’s transit expansion has a moving deadline and no momentum, Miami-Dade may soon find relief in one of the six planned corridors. Commission Chairman Esteban Bovo Jr. gave the informal OK for the county to include Personal Rapid Transit [PRT] in its study of Baylink, the corridor crossing Biscayne Bay to connect Miami Beach to downtown.

This week, Mr. Suarez hosted a second meeting with Mr. Bovo to pitch the idea of PRT and get feedback.

“We talk about supporting the SMART plan and this is a way to kick-start something that isn’t moving forward,” Mr. Suarez said.

The personalized autonomous PRT trains are light-weight, fully electric and the elevated tracks are half the width of bus lanes or traditional rail.

Mayor Carlos “Giménez calls the columns smart poles,” Mr. Suarez said, “and you could rightfully wonder if they could carry traffic,” he said, referring to their small size.

PRT costs about one tenth the price of traditional rail, as Metrorail costs about $100 million per mile and PRT less than $10 million. Commissioners say using PRT could expedite the Beach Corridor of the SMART plan by reducing financing time and delivering an innovative service to riders in need of a timely traffic solution.

The trains can take riders directly to their final destination without stopping at every station, Mayor Giménez said at the meeting last month.

“I like the point-to-point system,” Mr. Giménez said. “It’s much faster than a car,”

PRT trains average about 28 miles per hour, while the average car speed in Miami-Dade is about 16 mph, recent data shows.

The trains can also be designed to operate off the tracks, Mr. Giménez said, leaving the rail, navigating the city streets autonomously and later joining up with the rail again.

“Imagine being able to get off in South Beach and service those condominiums. I can see wealthy people using this to do their groceries,” he said.

The MacArthur Causeway is the preferred spot for the PRT rails. Mr. Suarez said the system would probably start at the Genting property near the Omni station or at Museum Park.

An additional feature could allow residents to “bring their own vehicles to load onto the rails,” Mr. Suarez said, making it even more versatile.

“We could make it a spectacular, signature monument with multicolor lights,” Mr. Suarez said.

While Mr. Bovo said he was willing to hear more about the PRT system, he worried that considering the option might further delay environmental studies underway for the corridor.

“At some point, we’re going to have to make decisions,” Mr. Bovo said. “Continuous studies may be good for engineers and those who profit, but not for the public.”

Stephen Hamilton, a resident and activist promoting PRT who introduced the concept to commissioners, told Mr. Bovo that the capacity depends on the vehicle frequency and the system could carry about 3,600 passengers per hour per direction if the headway was about two seconds.

Mr. Hamilton said the headway could even be as short as one second apart.

Funding options for the corridor are already underway, Mr. Suarez said, as Miami Beach is considering a special taxing district to help the county finance the Beach Corridor.

While no formal action was taken at the meeting between Mr. Suarez and Mr. Bovo, the commissioners proved the county is gaining consensus on the PRT solutions for Baylink.