Advertisement
The Newspaper for the Future of Miami
Connect with us:
Front Page » Profile » Michael Liu: Housing director seeks incentives for others to build

Michael Liu: Housing director seeks incentives for others to build 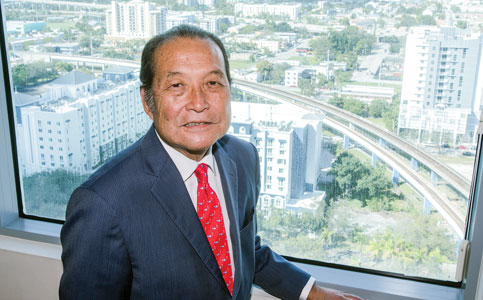 Miami-Dade’s Public Housing and Community Development Director Michael Liu says he isn’t short of creative ideas to increase the number of public housing units in the county and make living in Miami more affordable for everyone.

Mr. Liu says his directive from Mayor Carlos Giménez upon taking his position was two-pronged: bring housing to the forefront of the community’s agenda and see how it interacts with other key issues.

“The mayor brought me here to kick start an awareness of housing so it is on par with other concerns like traffic, violent crime and job creation,” Mr. Liu said. “All of these are linked, and we can’t solve all or any of these issues unless we look at them holistically.”

In addition, Mr. Liu says it is key for the county to reach out to other stakeholders that can help, like the state, federal agencies, municipalities and the private sector.

Regardless of the amount of resources the county has, it will never have enough to adequately “fill the housing need,” Mr. Liu says, and it is imperative that the county incentivize other parties to meet the demand. This is not a new concept, he said, as the history of housing support in the US has always included the private sector.

“We are constantly trying to find ways to stretch our dollar to get more units and work creatively with the private sector,” Mr. Liu says.

Miami Today reporter Gabi Maspons interviewed Mr. Liu at the Public Housing and Community Development offices in Overtown. The interview was recorded by Jahmoukie Dayle, and can be found Friday at http://bit.ly/2uNHy0Q.