Advertisement
The Newspaper for the Future of Miami
Connect with us:
Front Page » Transportation » Frustrated with Smart plan, county seeking private transit partner 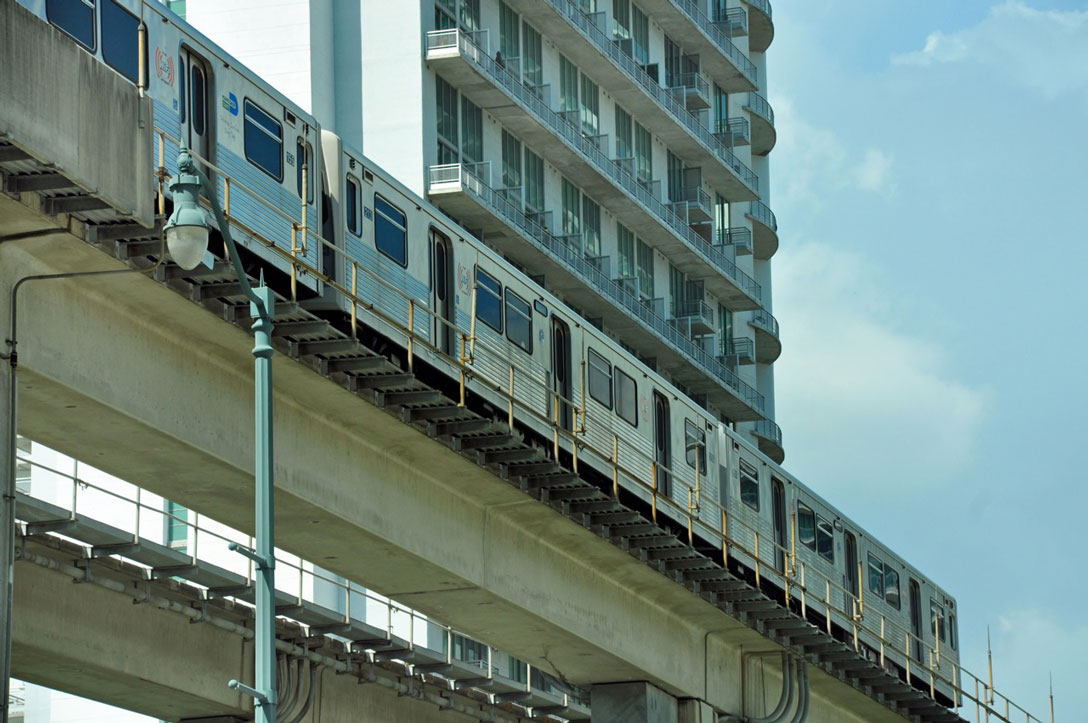 Miami-Dade’s six corridor transit expansion, the SMART plan, this week hit a snag, delaying studies an additional year. Frustrated commissioners said the county has to be more honest with the public and directed the administration to look for privately funded solutions before the studies wrap up next year.

“This is very frustrating for us,” said Commissioner Daniella Levine Cava. “We have obviously done a great disservice to the public by missing deadlines.”

To receive federal and state funding, the county must first complete National Environmental Policy Act [NEPA] studies on each corridor. The county hired three consultants last March, with the contracts expiring this month.

Ms. Levine Cava said the commissioners were led to believe the reports would be completed this month so the Transportation Planning Organization [TPO] could decide about the corridors come May.

On Tuesday, the Transportation and Public Works Department requested the commissioners extend the contracts to study the SMART plan an additional year.

Though the year-long extension won’t cost the county added money, commissioners say the department has been dishonest in its communication of the plan’s timeline.

“It isn’t that our consultants aren’t working hard,” Ms. Levine Cava said, “it’s just about being honest with the public about the time that it takes.”

Of the six corridors in the SMART plan, the Florida Department of Transportation is to cover the cost of three. The county is responsible for funding the other three: the South Corridor, the 20-mile long transitway in South Dade connecting Florida City to the Dadeland South Metrorail Station; the East-West Corridor, the 11-mile span from Florida International University to the Miami Intermodal Center at the airport; and the Beach Corridor, the 11.5-mile span from the Miami Design District through the MacArthur Causeway to the Miami Beach Convention Center.

When Ms. Levine Cava asked what happens after the studies are completed, Ms. Bravo said still more studies will need to be done:

“That gives you environmental clearance, demonstrating you can use federal and state funding, but then we need to do the PD&E [Project Development and Environment] studies,” Ms. Bravo said.

In an effort to bypass the studies and seek alternative funding, Commissioner Dennis Moss asked Ms. Bravo how a potential public-private partnership could expedite the process.

“It depends on the funding you want to receive from other agencies,” Ms. Bravo said, reminding commissioners that any state or federal funding requires the studies and also has low-cost financing. “To access those funds, we need to complete the studies.”

Ms. Levine Cava said the county needs to find a way to communicate more clearly to the public how long the studies take.

Commissioner Barbara Jordan agreed, saying information keeps changing and the community has been left out of the loop.

“I would just like to get off the dime at some point, but it seems as if it’s not a dime anymore. It’s a quarter, then 50 cents and now a dollar,” Ms. Jordan said.

Chairman Esteban Bovo Jr. who ran for chair on a transit expansion platform, said the delay is “ridiculous.”

“We’re caught in a quagmire because if we stop the studies, we’re not helping ourselves, so we have to support” the extension, he said.

When Mr. Bovo pressed about the timeline for beginning construction on any corridors of the SMART plan, Ms. Bravo said there are variables out of the county’s control:

“The two big variables that affect us are if there is controversy around the corridor leading to more public involvement and the review time of the Federal Transit Administration,” Ms. Bravo said.

Mr. Bovo said that he doesn’t trust the department’s timeline and the studies will probably take longer than advertised: “If you say summer 2019, I’m hearing 2020. It’s the nature of the beast.”

Commissioner Jose “Pepe” Diaz and Mr. Bovo said they had both spoken to US Rep. Mario Diaz-Balart, who is itching to finance the SMART plan for the county but needs the county to hurry up.

“He’s sitting on pots of money and wants to help, and we’re entertaining Ford on autonomous vehicles for pizza deliveries,” Mr. Bovo said of the county’s priorities.

Commissioner Sally Heyman expressed her frustration with the transportation department.

“Mr. Chair, I’m afraid your term may come and go before we even get an idea of how un-smart our SMART plan was,” Ms. Heyman told Mr. Bovo.

Even if the department’s timeline is correct, Mr. Bovo said the county couldn’t go out for procurement until 2021 or 2022.

“None of us will even be here,” Mr. Bovo said, referring to the commissioners on the dais, most of who face term limits before that time.

“We need to energize something,” Mr. Bovo said. “We need to light a candle – no, we need to put a blowtorch to this thing to get it to move.”

To move the county forward while waiting on the consultants to finish the studies, Mr. Bovo asked county attorneys if they could begin pursuing public-private partnerships.

“Can we push forward an expression of interest [EOI] on all of the corridors and see what the industry brings us?” Mr. Bovo asked the attorneys.

County attorneys said the county could issue an EOI to see if there is private interest in developing the corridors, but any federal and state funds couldn’t be accessed until after the studies are finished.

After commissioners voted to grant the department its contract extension, Mr. Bovo instructed the administration to prepare a motion within 30 days issuing an expression of interest to gauge the private sector’s interest in helping expand