Advertisement
The Newspaper for the Future of Miami
Connect with us:
Front Page » Communities » Miami-Dade now plans Personal Rapid Transit for Beach link 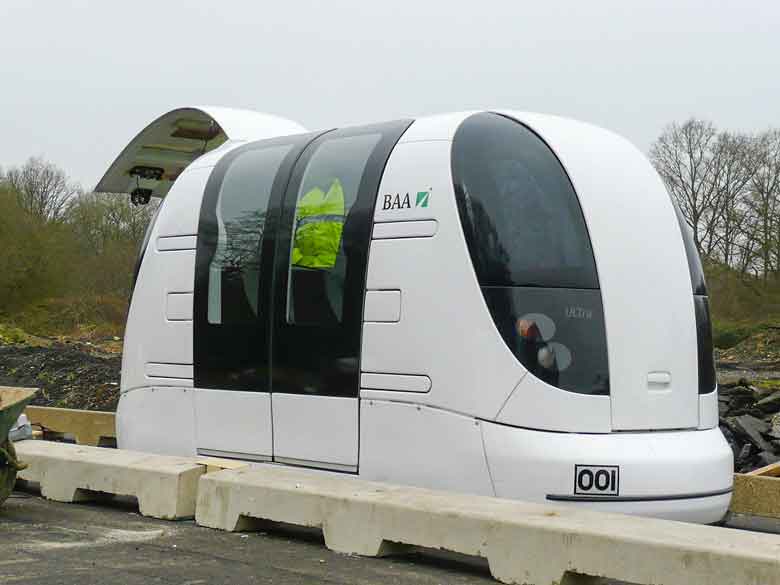 After 15 years of Baylink talks, the rapid-transit corridor linking Miami Beach to downtown has been resurrected, but it doesn’t look anything like old plans. Rather than plant heavy, expensive rails, Miami-Dade commissioners say Personal Rapid Transit [PRT] vehicles of four to six people can solve Beach traffic and also draw more tourists.

At a meeting between Commissioners Xavier Suarez and Bruno Barreiro last week to discuss Baylink, stakeholders learned more about PRT, which county officials described as a cheaper, lighter rail with a smaller footprint.

PRT uses personalized autonomous trains. Riders can program the driverless trains to take them directly to their destinations rather than make every stop. Mayor Giménez is a big proponent, saying the individual trains have bi-passable stations that keep riders from halting at every stop. “I like the point-to-point system; it’s much faster than a car.”

Recent data show the average car speed in Miami-Dade is about 16 miles per hour, while the PRT trains would run about 28 mph.

The individual cars can hold four to six people and trains can connect so groups of riders can link up to arrive at their final destination together. Though capacity is much less than traditional rail, trains are more frequent, so commuters can board continuously.

The system can also be programmed to move more trains to stations that are in higher demand during peak hours.

The trains have the option to be dual mode and could leave the rail, navigate city streets autonomously, and later joining up with the railway again.

PRT costs about one tenth the price of traditional rail, with Metrorail costing the county about $100 million per mile and PRT less than $10 million. In Greenville, SC, a bid was submitted for only $6.3 million to service its airport.

Mr. Barreiro suggested the MacArthur Causeway for PRT rails, saying “it’s the path of least resistance.” The first stop, he said, would be Watson Island, with the second at Fifth Street and Alton Road.

County renderings identify MacArthur Causeway as the corridor, one beginning near the Omni station and the other starting at the Brightline rail tracks further inland, with both ending at Fifth and Alton.

Mr. Suarez said the PRT could become a hot spot for tourists and the county could capitalize on the attraction by having separate rates for residents and tourists. “We could light it up and make it high in the air to draw tourists here,” he said.

Mr. Suarez said he will have a sunshine meeting with Commission Chairman Esteban Bovo Jr. next to have a more “in-depth dialogue” and discuss next steps.