Advertisement
The Newspaper for the Future of Miami
Connect with us:
Front Page » Transportation » Miami International Airport improves for on-time flights 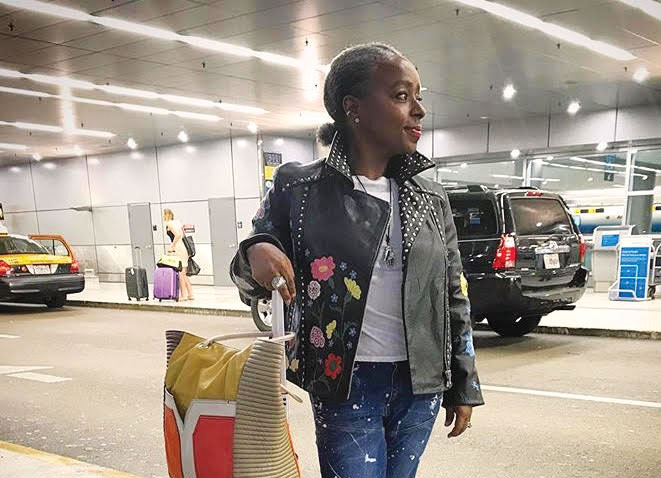 Jetsetters flying from Miami International can expect their aircraft to be, far more likely than not, on schedule.
Organizations including the Official Aviation Guide of the Airways (OAG) and the Bureau of Transportation Statistics (BTS), a branch of the US Department of Transportation, say a flight arrives or departs on time if it’s within 15 minutes of schedule. In that range, MIA is seeing improvement in on-time arrivals and departures.
Greg Chin, communications director for the Miami-Dade Aviation Department, said, “On-time performance improved in 2017 to 79.38%. That’s an improvement from 2016.”
OAG, a United Kingdom-based organization, studies over 900 airlines and 4,000 airports. It provides an annual list of the 20 most reliable on-time airport performances in the world with over 20 million departures per year. MIA didn’t make the cut in 2016, with Amsterdam taking the last spot at 79.77% on-time performance. Mr. Chin said MIA ranked 27th globally that year with 77.1%.
However, MIA did make the list in 2017, in the 12th spot with 79.38% on-time flights while managing 22.3 million departing passengers. Minneapolis St. Paul led the pack with 85.72% and Boston made the cutoff at 20th at 74.19%.
On-time performance only continues to improve year-to-year at MIA, with a gain in prompt arrivals and departures from 2015 to 2017. BTS research shows a 4.77% increase in delayed departures from 2014 to 2015. However, more flights have departed on time annually since 2016.
In addition to delayed departures, arrivals fared worse until recently. BTS data show that delayed arrivals at MIA increased from 2014 at 17.46%, 2015 at 19.78% and 2016 at 20.30%. Data show delayed arrivals dipped in 2017 to 18.06%.
Mr. Chin lays most delays to extreme weather either locally or out of state. MIA records most delays because of local summer weather.
Lightning typically accompanies heavy rainstorms that frequent South Florida from June through September. When lightning strikes, the airport closes ramps and ramp workers are prohibited from working outside since it is a safety hazard. Lightning monitors inform the airport when the weather clears and the flight schedule can resume.
Mr. Chin also observes that a great number of winter’s flight delays begin elsewhere. “Flights from the Northeast, from anywhere there’s snow, has an effect on us,” he said. “The arrival time will affect the departure time. The outbound flight is dependent on an aircraft coming in, so if that flight’s delayed, the aircraft, the crew, and the changeover is affected by the arrival.”
The delays cause challenges for the airport and their globetrotters. Mr. Chin said, “We’re not just a destination airport. We’re connecting, so that means more traffic.” A delayed departure may mean a passenger loses a connecting flight to another destination.
Jerry Lang, who flies monthly for work as president at the House of Travel, says a delay in departure sets him behind schedule. He relies on MIA especially for international destinations.
“The place I fly to most is London,” Mr. Lang said. “When you change planes in London, you have to change terminals. It takes an hour and a half to two hours because you have to go through security, [then] immigration and things like that. If the plane’s late, you end up missing your connecting flight.”
Mr. Lang suggests the airport and airlines inform passengers that their flight is delayed in advance. He leaves to the airport from home or his office at 17813 Biscayne Blvd. and prefers to know when his departure is behind schedule.
A third of his flights in 2017, he says, were behind schedule and he waited 30 to 45 minutes. In previous years, he waited longer – hours at a time. He prefers to use that time efficiently at home or the office.
Sarah Greaves-Gabbadon, titled jetsetter-in-chief at JetSetSarah.com, avoids delays by catching the first flight out. As a travel writer, she frequents MIA on average every three to four weeks, traveling nine out of 10 of the times to the Caribbean.
Ms. Greaves-Gabbadon, like Mr. Lang, says on-time departures are far more important than arrivals. She said, “I am going to work and I want to get to work on time.”
Her flights usually depart earlier than 10:30 a.m. She recommends that frequent travelers invest in an early departure. She said, “You minimize the domino effects of an early flight that’s delayed. If you go on the first flight, you have less of a chance of that happening.”
Ms. Greaves-Gabbadon also recommends that travelers keep smiling no matter schedule-related challenges.
“Especially for someone like me that travels so frequently,” she said, “I expect that occasionally things will go wrong. I think that having a good attitude is probably the most important thing to carry with you.”