Advertisement
The Newspaper for the Future of Miami
Connect with us:
Front Page » Profile » Javier Betancourt: Envisions a variety of tools to expand county’s transit 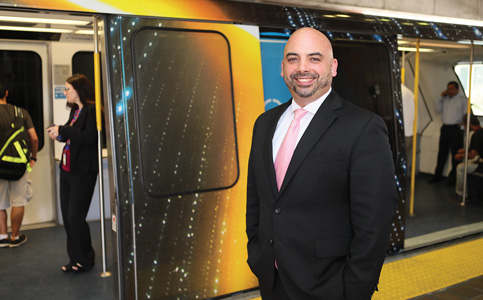 In his first weeks as executive director of the independent entity overseeing the county’s People’s Transportation Plan half-penny surtax, Javier Betancourt is hard at work planning how to fund expansion of the county’s transit system.

The surtax has long been seen by residents as having under-delivered on its promise to expand the county’s transportation system. Mr. Betancourt says the truth is more complicated, and though the county may have overpromised results, money was never misspent. He suggests a more innovative funding solution for the SMART plan with a variety of financing tools, rather than unrealistically relying on the PTP moneys to fully fund transit expansion.

Though he says transportation is the county’s Achilles’ heel, he says a little investment today will yield an enormous return tomorrow. “Implementing the SMART plan would be a transformative legacy for our children, grandchildren and generations to come,” he said.