Advertisement
The Newspaper for the Future of Miami
Connect with us:
Front Page » Business & Finance » Singapore Air Show draws 10 participating companies from Florida 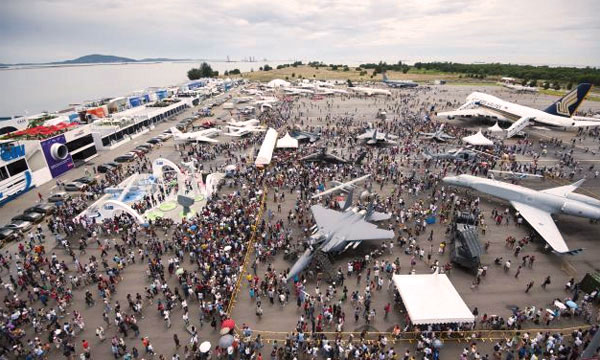 “It’s a tremendous show if your company has a focus on aerospace,” said Manny Mencia, Coral

Gables-based vice president of international trade and development for Enterprise Florida, the state’s public-private economic development arm. “Like with the medical shows, companies from all over the world go to do business. Being that it’s in Singapore, it’s more Asia-intensive.”

Some of the major exhibitors at the show are airlines and air forces.

“We’ve been getting a good response from Florida companies,” Mr. Mencia said. “If you want to do business with Asian airlines or with air forces, what have you, it’s a show that you should always consider.”

From Feb. 6-11, the Singapore Air Show featured two Miami-based companies: TIC Aerospace Inc. and TurboPower LLC. The next Singapore Air Show will be in 2020. In 2016, when the show last was held, it hosted 1,040 exhibitors from 48 nations, with more than 48,000 visitor attendees. This year’s numbers, still being calculated, will be available in the next few weeks.

“The air shows we get between 10 to 15 companies that participate with Enterprise Florida,” Mr. Mencia said. “With the air shows you see the big aviation companies have kind of like a Super Bowl where they have big deals.”

Enterprise Florida’s aim was to bring smaller and mid-sized participants without having them pay a tremendous amount.

With Enterprise Florida, he said, companies get a comparable setting to what the bigger operations would have.

“We provide a cost-effective venue for small companies to provide an exhibit and to be able to get some of the benefits that the big companies get,” he said. “With the air shows, they come around every two years. If you’re in the aviation and aerospace export industry and you want to sell to the Middle Eastern market, you need to consider coming to the air shows and we have ways of making it more affordable.”