Advertisement
The Newspaper for the Future of Miami
Connect with us:
Front Page » Top Stories » New legislation, technology, population growth may aid banks 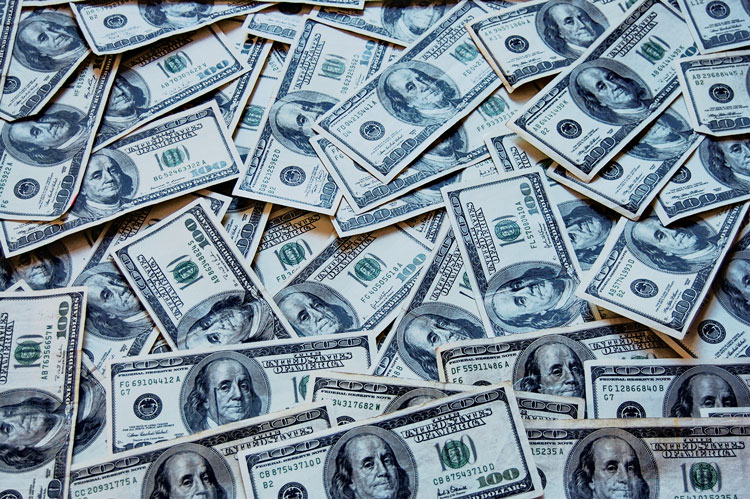 An abundance of regulations and consolidations leaves many banks hanging by a thread. But new legislation, technology, and population growth may help banks turn a new leaf.

Bankers should pay close attention to the Financial Choice Act, which passed the House in June and will be addressed by Congress. The bill includes several changes such as diminishing the authority of the Consumer Financial Protection Bureau and eliminating the Volcker Rule. Chairman for the Miami Finance Forum Gregory Santin says these two modifications carry the most weight for Miami and the state at large.

The dialing down of regulations can lead to a healthier economy and banking sector. Gunster attorney Greg Bader said, “Banks have been heavily regulated. The Dodd-Frank Act put in a lot of additional burden on banks and their compliance departments, and so getting some deregulation would reduce that burden and allow banks to more freely generate business and compete.”

Too many restrictions harms banks and consumers, Mr. Santin wrote by e-mail. “Regulation, although created to protect the general public, has an overall negative effect by creating additional expense for banks, in turn reducing their ability to invest in their business for the purposes of growth and job creation.”

Florida Bankers Association President and CEO Alex Sanchez sees the lessening of bank regulations as a positive move for the local economy at large. He said, “Publix is in the business of selling food. We’re in the business of making loans and providing the capital to businesses so they can start and hire employees.”

Bankers want less regulations but no one suggests returning to the conditions before 2010. Mr. Bader says modifying regulations slightly can lead to a better environment for banks to flourish while still requiring good compliance of bankers.

“At some point, you have a scale of having too much [regulation] and that’s where we are now,” Mr. Bader said. “We need some deregulation to allow the banks some breathing room so that we can get new banks and move forward with a more healthy banking sector.”

Mr. Sanchez hopes for even more legislative changes and regulatory updates. He considers the Bank Secrecy Act and Anti-Money Laundering rules in particular to be problematic, especially for a city as international as Miami.

Mr. Sanchez says that the bankers association repeatedly notes that regulators need to be aware that not everything from overseas is bad. The Bank Secrecy Act and Anti-Money Laundering regulations dating to the 1970s, he says, are especially problematic for investors.

For example, Mr. Sanchez says, cash transaction reports were set at $10,000, and banks still need to submit a report to law enforcement for anyone with that amount or beyond in transactions.

“We don’t want to drive that business away,” he said. “Yes, we will help catch the bad guy if we notice or see anything that sounds suspicious, but we don’t want to drive away customers that are good, credible, legitimate investors.” He says that $10,000 should not raise eyebrows and that the cash transaction report should aim for a higher number.

Politicians from both political parties support the changes, Mr. Sanchez said. “There was a bill filed by Congressman Blaine Luetkemeyer [the chairman of the House Subcommittee on Financial Institutions and Consumer Credit], so hopefully that process is on the way this year.”

Another condition likely to impact bankers in the state: Consolidation. Mr. Santin says that consolidation continues as a result of high compliance costs and individual banks worth $5 billion or less in assets seeking acquisitions and at times merger targets.

“In Miami-Dade County there has been four local bank acquisitions in the last couple of years, of which two remaining are expected to close by the end of 2018,” Mr. Santin said.

Technology in addition to minimizing regulations is changing the effects of consolidation and regulation for the better. “The economy and consumers are affected in the short term negatively when there is consolidation and regulation. Technology is reversing this trend and forcing banks to evolve and be as efficient as possible,” Mr. Santin wrote. He says banks are aware that clients want the most efficient, cost-effective, and simple way of conducting their personal and business banking.

Population growth in Florida also lends itself for a healthier banking sector. Anthony DiMarco, executive vice president of government affairs for the Florida Bankers Association, says Miami in particular will probably have a slightly stronger banking economy than other Florida cities.

“To a certain extent you will because it’s bigger mass of people and money,” Mr. DiMarco said. “There’s more deposits. It’s different type of economy, there’s different types of opportunities.”