Advertisement
The Newspaper for the Future of Miami
Connect with us:
Front Page » Top Stories » Miami River could double current cargo load 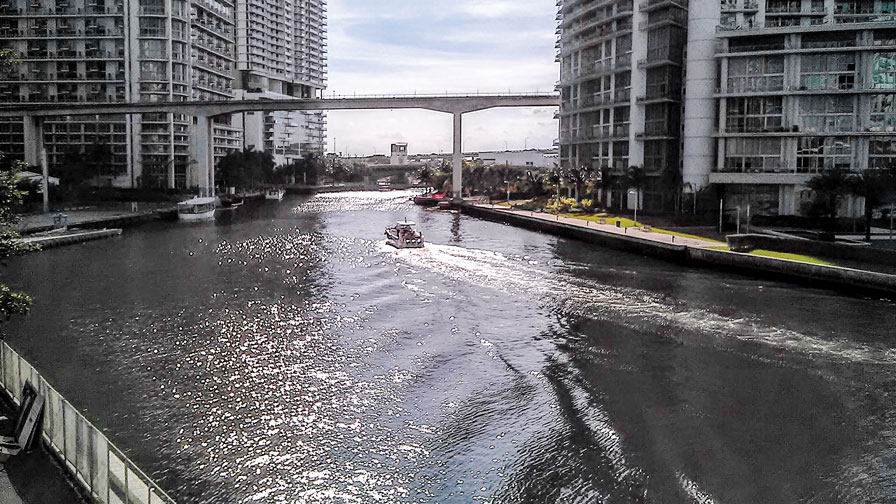 An ongoing state-led study, part of the Miami River Freight Improvement Plan, concludes the river has the capacity to handle double the cargo now on the waterway.

“There’s a lot of reserve capacity on the river,” said Jack Schnettler, vice president and senior transportation engineer with Atkins North America Inc., a consulting firm working with the Florida Department of Transportation (FDOT) on the freight study for the river.

Mr. Schnettler delivered a PowerPoint presentation on the freight improvement plan to the Miami River Commission at its January meeting.

The Miami River is now in FDOT’s Strategic Intermodal System or SIS plan, and now eligible for SIS funding, starting with $300,000 to create the Miami River Freight Improvement Plan, which will make a business case to get further SIS funding to implement the plan of improvements to the Port of Miami River.

This is great news for river commission officials looking for ways to literally shore up river facilities to make the waterway’s marine-industrial uses more successful.

One example of a need is to rebuild a collapsed seawall on land on the upper river owned by Miami-Dade County and leased to a shipping company. The company is not getting its full use of the valuable site because of the nearly destroyed seawall and associated erosion, according to river commission officials.

The new potential stream of improvement funds could go to rebuilding that shoreline and seawall, they say.

The Port of Miami River was first included in the Southeast Florida Regional Freight Plan, part of FDOT’s Strategic Intermodal System, in 2015.

Since 2011, the state transportation department has spent more than $850 million on sea ports in Florida.

The river freight plan will develop and implement strategies to improve freight mobility and viable options to improve intermodal freight movement and potential of Short Sea Shipping along the Port of Miami River. That involves the transport of shipping containers by barge that connect with rail freight lines.

The ongoing study of the river includes:

As part of the study, the data noted 82% of bridge openings at the Brickell Bridge are for recreational vessels and only 18% are for international shipping vessels.

Currently there are 80 to 120 cargo shipping vessel movements per month on Port Miami River’s designated federal navigable channel, or 960 to 1,440 per year.