Advertisement
The Newspaper for the Future of Miami
Connect with us:
Front Page » Education » Enrollments of international undergrads rising in Miami-Dade 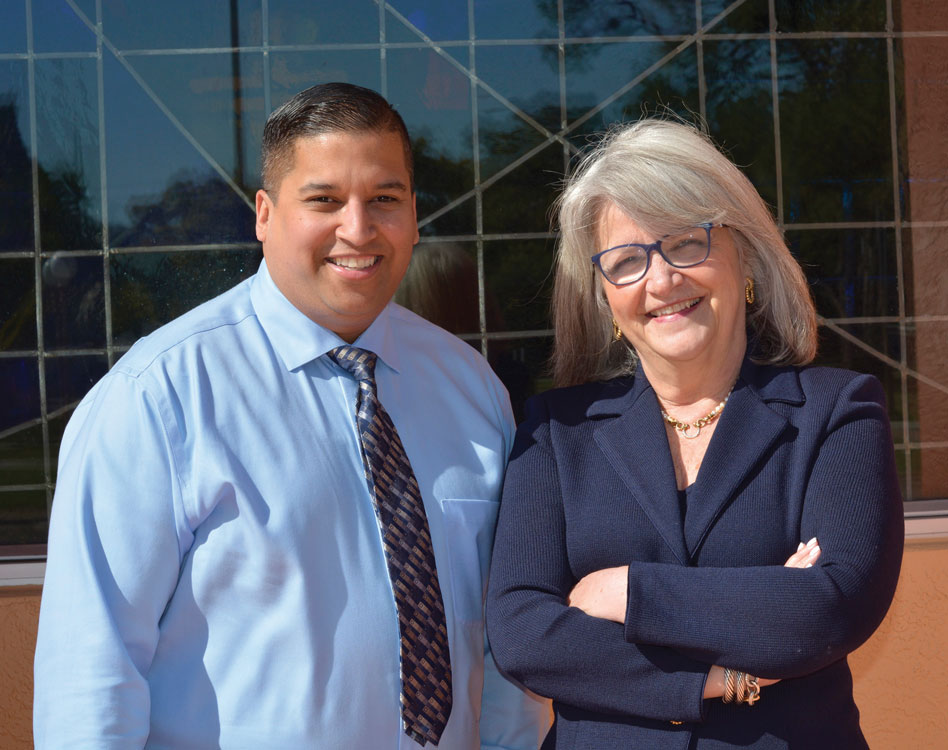 Most colleges and universities in Miami-Dade are seeing the enrollment of international undergraduates rising as their numbers decline nationwide.

“The general trend of the cost of education is a tremendous part that has to be considered,” he said.

While Florida International University, one of the largest in the nation, did not respond to requests for data, several local schools see international applicant pools and enrollment numbers growing.

The college sees students from all over the world, but one place predominates, Ms. Perez said. “It’s definitely Venezuela. We’ve seen that for the past several years. We have students from everywhere, but Venezuela is our most popular country.”

She remains unconcerned with the dip in international transfer students from 224 in 2016 to 155 last year. The retention rate for foreigners also remains steady at a little over 70% for the past three years, she said.

“We are seeing a steady increase in undergraduate applications from international students,” he said. “This fall we enrolled 57% more than in the fall of 2016. This represents the highest number of international undergraduate students in the history of NSU.”

The number of undergraduate transfers at Nova is also on the rise. Although international undergraduate and transfer enrollments increase, the graduate programs decreased slightly. The vast majority of international students, 85% to be exact, graduate, Dr. DeNapoli said.

International enrollments are climbing as well at St. Thomas University. Edwing Medina, the director for institutional research & effectiveness, collects the data for applicants, admissions and enrollments in the past few years. His data show that this past fall the school enrolled 36 international first-year students compared to 23 in 2015. However, the number of foreign graduate students fluctuated in the past three years. The institution enrolled 18 in the fall of 2015, 30 in 2016 and then 22 this past year.

Carmen Brown, St. Thomas vice president of enrollment, student affairs and marketing, hopes to see those numbers rise. “My goal is to increase the application pool and the admit rate so that hopefully they get their visa,” she said. The school admitted 66 foreign students in 2015, then 104 the following year and 198 this past fall.

On the other hand, Ms. Brown recognizes that some things are beyond her control: “We don’t control who gets a visa.”

Despite the overall increase in foreign enrollment numbers, Barry University experienced a slight drop in international undergraduate students. There were 39 first-year students enrolled in 2015, it bumped up to 42 in 2016, then dipped to 37 in 2017.

Roxanna Cruz, Barry’s associate vice president of recruitment and admission, said, “There is a decrease but it is not one that we are entirely concerned about.” She thinks the difficulty of obtaining a student visa is part of the reason for the drop in enrollment.

Students at St. Thomas University expect the number of foreign applicants to South Florida universities to increase despite growing tensions in foreign affairs. Inal Sibekov plans to return home to Moscow upon graduating. “If I go back with an American diploma,” he said, “I’ll have a job anywhere.” He said that a degree from a university in the States has double the value of one at home.

Andrea Manzur Wunsch, a native of Cancun, said, “I think it’s going to increase. I see more international students who have the opportunity to come here on a merit or sports scholarship and don’t care about politics.”

Many from Latin American believe Miami is the perfect bridge from home to the States. Carlos Caro, born in Caracas, said he and his mother thought studying in the city would be a good idea: “We thought there wouldn’t be too much of a culture shock since there are many Venezuelans here.”

But political and economic turmoil abroad may change international applicant and enrollment demographics. Carlos Marquez, a graduate student at St. Thomas University, said he sees a growing divide in his native Venezuela. “The worst is the great difference in currency.” he said. “If it’s difficult for Americans to pay for a college education, it’s even worse for students in Venezuela, where the economy is bad.”

Ms. Brown sees evidence of a decline in enrollment from Venezuela, one of the countries that supplied most of the school’s foreign students. “It is a concern,” she said. “It’s started to affect us in the enrollment.” In reference to Venezuelan applicants, she said, “If you look at some of the enrollment from last year to this year, we dropped 32%.”

University administrators are expanding their recruitment strategies to encourage more foreigners to apply and enroll. Schools offer a range of scholarships and work alongside recruitment teams in a variety of countries.

St. Thomas University relies on alumnae, professional recruiters, on-site visits, and direct mail as some of their strategies, Ms. Brown said. Dr. DeNapoli said NSU goes as far as inviting students and their parents to stay and tour campus programs for two and half days as long as the family covers the airfare costs.

Administrators might not have to try too hard. Professor Salazar-Carrillo expects the number of international applicants and enrollments for undergraduate institutions to continue to climb despite the nationwide downward trend.