Advertisement
The Newspaper for the Future of Miami
Connect with us:
Front Page » Communities » Parking agency to run three parking sites in Overtown 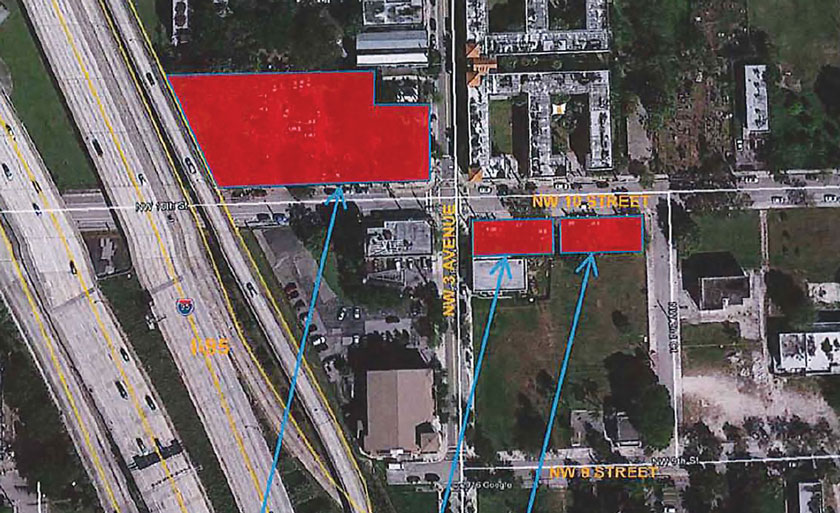 The Miami Parking Authority is taking over management of three parking lots in the Overtown area owned by the Southeast Overtown/Park West Community Redevelopment Agency (CRA).

A services agreement between the authority and the CRA board was approved in December by the city’s Off-Street Parking Board.

Authority CEO Art Noriega told the board the CRA owns and runs those three parking lots but there has been a change in operational strategy and the CRA wants to make the lots more available to businesses in the area.

“We have an agreement that we’ll automate and manage those lots,” said Mr. Noriega.

He said the deal will be a plus for the parking agency.

“The return will be good for us. The lots are relatively small, but this will exhibit how we can be a true partner,” Mr. Noriega said.

“This is what we do; lend our expertise to the CRA,” he added.

Mr. Noriega said he’s hopeful the arrangement can extend to other lots under I-95, if a soccer stadium is built by David Beckham’s partnership in the neighborhood north of the Miami River.

“It is determined that the public, the CRA, and the MPA will benefit from the installation of Pay-By-Plate and PayByPhone facilities and parking signage on the Lots,” he wrote.

The new arrangement “will provide and facilitate the use of parking spaces within the CRA’s Redevelopment Area for the benefit of the community and visitors alike,” Mr. Noriega wrote.

The CRA board wants to utilize the parking agency’s specialized knowledge, management and resources to provide parking services to maximize the use and operation of the lots, he said.

Parking board member Marlon Hill asked if there were cost estimates for needed improvements to the three lots.

Mr. Noriega said there would be nominal costs to taking over the lots, including minor costs of new signage.

Mr. Noriega described the lots as two small ones and one with more than 30 spaces, and they are heavily used.

“They are overrun by residential [users]. We will try to address that. We’ll have to manage transient versus monthly,” he said.

Other provisions of the agreement include:

Before the conclusion of the term, the agreement may be extended for one additional five-year period by written mutual agreement.

The authority is to provide and install up to three Pay-By-Plate parking machines and make available the PayByPhone service to the lots, including necessary signage in each lot. The equipment must be similar to what the authority uses at other parking facilities throughout the city.

The authority will maintain the lots and be responsible for maintenance of the equipment. The lots shall be kept clean and safe.

The authority is responsible for collecting revenues derived from the parking services and for paying any taxes due, including sales taxes, on the parking revenues it collects.

The authority must have appropriate revenue controls consistent with the best industry practices aimed at preventing loss or theft and is responsible for all enforcement. The authority shall produce regular weekly/monthly reports to the CRA regarding parking revenue and usage at the lots.