Advertisement
The Newspaper for the Future of Miami
Connect with us:
Front Page » Real Estate » Miami clears way to transfer bay site to casino giant Genting 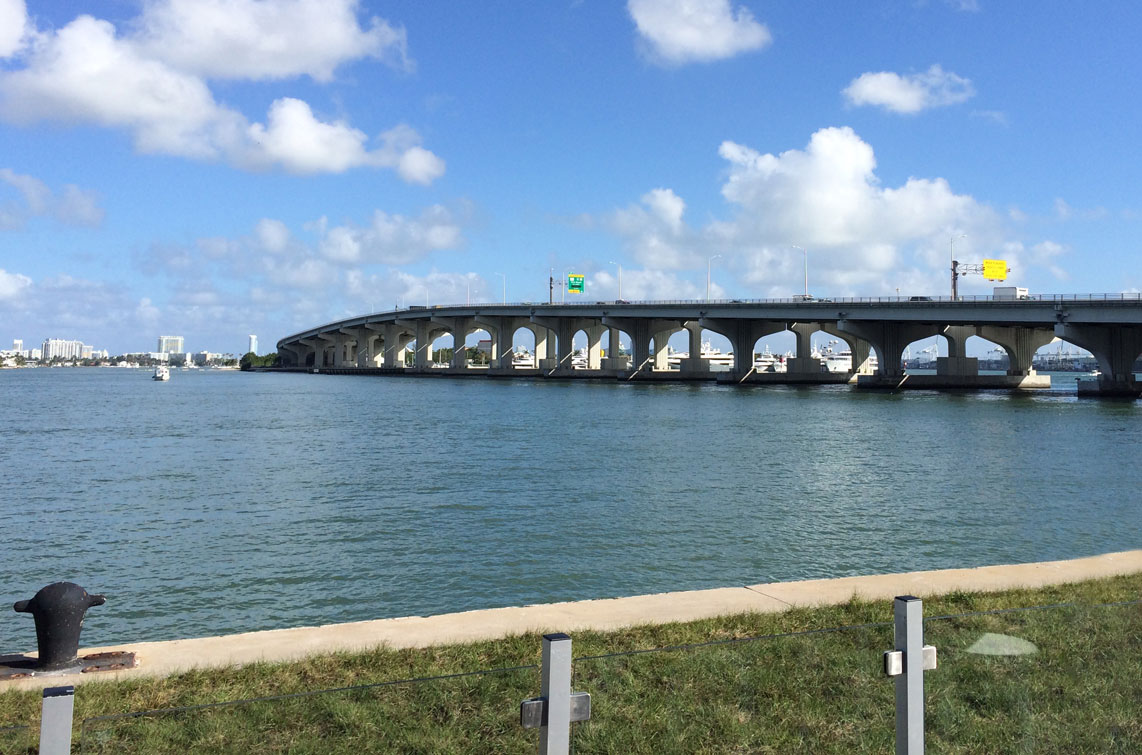 Miami can move ahead to lease bayfront bottomlands to a subsidiary of Malaysian gambling giant Genting for a marina now that the city commission has unanimously OK’d the transfer.

Resorts World Miami LLC – the developer that owns choice waterfront where the Miami Herald once stood – is in negotiations with city officials for submerged land to build a marina.

Before the deal can be cut, the Florida Department of Transportation (FDOT) needed to deed a strip of bottomlands back to the city so the city can lease it to Resorts World, which bought the site for a resort casino that would have been the world’s largest.

Genting has owned the waterfront about six years while floating ideas for a billion-dollar resort on the 14-acre site, known as 1 Herald Plaza. But attempts to get a casino approved in Tallahassee have been dashed repeatedly, and the land has remained barren. The exception was for temporary use, for Art Miami and CONTEXT Art Miami last month in tents that will be used again in February for the Miami Beach Jewelry & Watch Show.

In October 2016, Resorts World Miami representatives said the company was moving ahead to construct the marina, independent of the ultimate fate of the upland property.

At its December meeting, the city commission authorized the city manager to accept a quit claim deed for the donation and conveyance of submerged land from the FDOT north of I-395 to the city.

A background memo says the state transportation department originally got the property from the city in order to build the MacArthur Causeway, which leads to Watson Island and Miami Beach beyond.

“The FDOT has determined the property is no longer needed for the continued maintenance of the MacArthur Causeway and has agreed to convey the property to the city,” the memo reads.

“The city anticipates including a portion of the property in a submerged lands lease and is currently negotiating such lease with the adjacent riparian upland owner, Resorts World Miami LLC … [which] intends to develop and operate a marina which shall be located partly on submerged land currently owned by the city and partly on the property,” it says.

Genting Group purchased the former newspaper site in 2011 for $236 million. It also purchased surrounding sites and announced plans for Resorts World Miami, a sweeping $3 billion luxury casino with multiple towers, stores and an elevated beach and lagoon. Without winning approval for a casino, the plan was scaled back to two residential towers, a hotel and retail, but nothing has been built.

Resorts World’s plan to move ahead on the marina was detailed in 2016 when the company received a supportive vote from the Miami River Commission to build a 50-slip marina on the site, between the MacArthur and Venetian causeways. This included the transfer of ownership of 42 boat slips on the river to the bayfront site.

A proposed layout shows the marina could handle 50-foot to 175-foot-long vessels.

The deal includes construction of a public baywalk along the shore and a Genting promise to pay to build part of the baywalk under I-395 connecting to the existing baywalk in front of the Pérez Art Museum Miami.