Advertisement
The Newspaper for the Future of Miami
Connect with us:
Front Page » Top Stories » Four Florida Department of Transportation projects nearly done 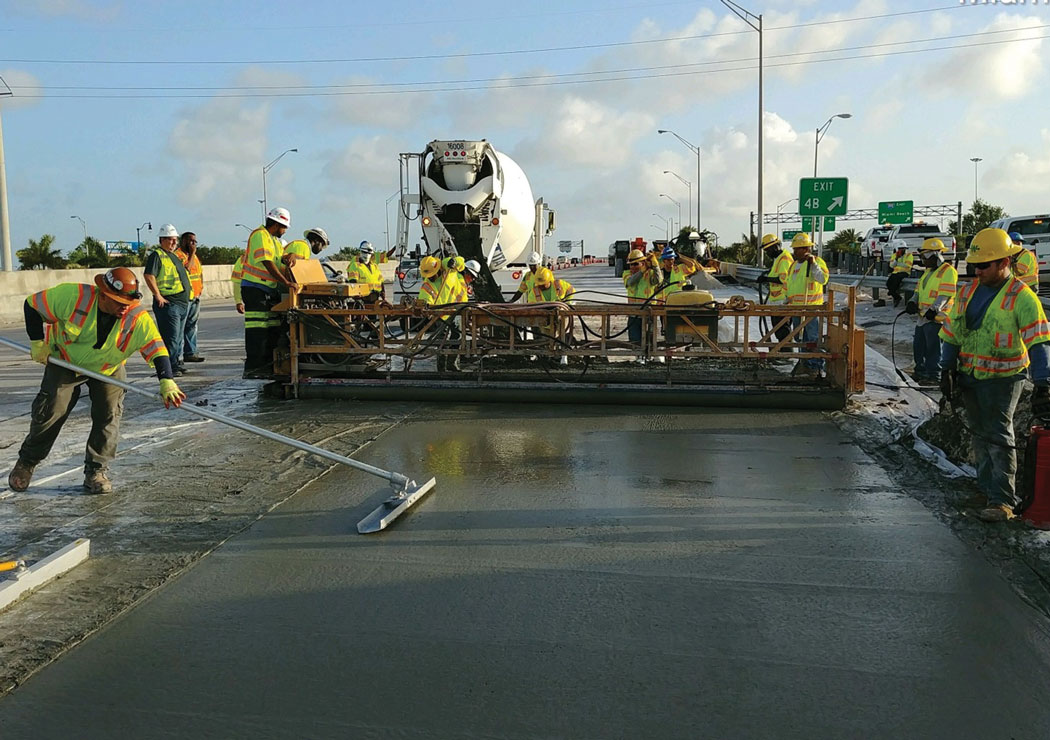 The Florida Department of Transportation expects to complete four of its five major Miami-Dade roadway projects in 2018. The five include major improvements for the Palmetto Expressway, I-95, Southwest 107th Avenue, Flagler Street and downtown.

The Palmetto Express project ($244 million) establishes new express lanes that stretch for 28 miles south of the Dolphin Expressway in Miami-Dade to I-595 in Broward County.

I-95 Rehabilitation or the I-95 Emergency Stopping Site and Concrete Replacement Project ($89.5 million) includes improvements from Northwest 29th to 131st streets. The project receives federal and state funds.

Community outreach specialist Oscar Gonzalez said, “This project has two major parts: Construct five Emergency Stopping Sites on the I-95 express lanes between Northwest 62nd and 131st streets, and replace the existing concrete pavement and bridge approach slabs of I-95 or 95 Express from Northwest 29th to 79th streets.”

The project also includes adding concrete medians, enhanced drainage systems along the corridors and pavement replacements. Mr. Gonzalez said, “The concrete medians inside the 95 express lanes is 60% complete, drainage within the five [emergency stopping] sites is approximately 80% complete and the concrete pavement replacement of the outside northbound lane is about 90% complete from Northwest 29th to 79th streets.”

The project, which began in February, was delayed by Hurricane Irma. Mr. Gonzalez said, “Special events and adverse weather conditions including Hurricane Irma have impacted the project schedule. The [emergency stopping sites] contract end date has been pushed to April 2018. The concrete pavement project is expected for the summer of 2020.” The final project should improve driver safety.

Southwest 107th Avenue ($18.2 million) primarily improves congestion and safety conditions for pedestrians. The department depends on federal and state funds for the projects.

“One of the major intents of this project is to alleviate the bottleneck that occurs on SR 985/Southwest 107th Avenue from Southwest Eighth to West Flagler streets, where the roadway reduces into a two-lane street in either direction,” said Hector Fung, the project manager for the South Miami-Dade construction. “With a major university within the project limits, and two major shopping malls within its vicinity, this area can be highly-congested during peak times throughout the year.”

The project is about 70% complete and, at the moment, focuses on improvements along the east side of the corridor. Mr. Fung said that in the next two months the department will continue to improve the east side.

“These improvements will include the completion of the new sidewalk, new bridge over the Tamiami canal and the installation of the new lighting system and signalization components,” he said.

Mr. Fung said he expects the project to be finished on time. “The project is currently still on track to be completed by June,” he said. “Recently, the project was impacted by Hurricane Irma. However, the impacts did not cause a major delay.”

The transportation department also is replacing a water main that dates back to 1943.

The project includes work within the area from West Flagler Street from 27th to 14th  avenues, to be completed in the spring, as well as Southwest/Northwest 27th Avenue from Southwest 10th to Northwest Ninth streets, to be done by the summer.

The projects have been hit by delays since commencing in spring 2016.

“The projects experienced inclement weather delays,” said community outreach specialist Sergies Duarte. “Additional work was added by Miami-Dade Water & Sewer Department to the project along West Flagler Street from 14th Avenue to Second Avenue, and this added about 90 extra days to the contract.”

The state transportation department added new water mains on both sides, and paved the streets from West Flagler Street between 27th and 18th avenues, Mr. Duarte said. “The next step is to finalize all the stormwater drainage work along West Flagler Street located east of 17th Avenue and continue working on roadway reconstruction.”

The state will repave roadways, install a pedestrian refuge island on the I-95 entrance ramp and update sidewalks on Southeast Second Avenue.

The project utilizes county, state and federal funds. The plan began in July and should be finished by June. Mr. Duarte said the state team currently is working to install a stormwater drainage system along Biscayne Boulevard and is modifying the traffic separator along Southeast Second Street.