Advertisement
The Newspaper for the Future of Miami
Connect with us:
Front Page » Government » Land for Pop-up businesses face legislative tangle 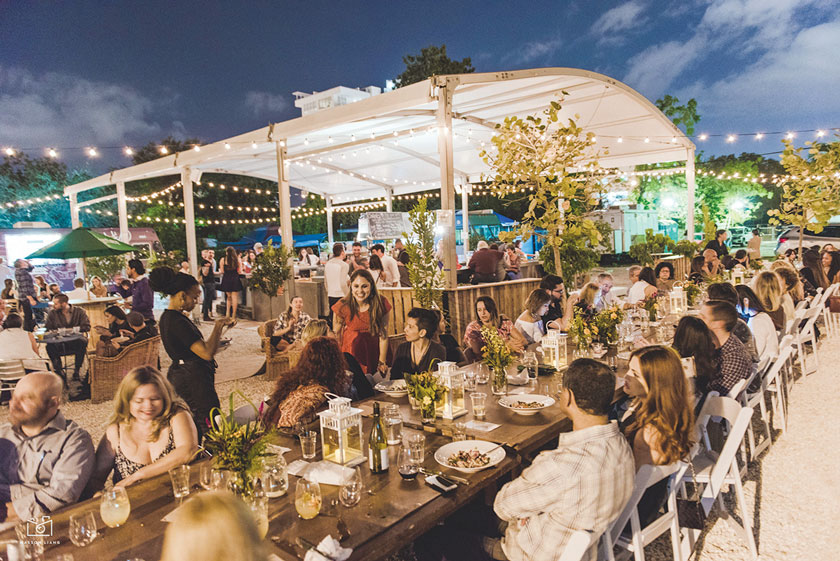 A late addition to proposed legislation to govern temporary uses on vacant land, which impacts so-called pop-up businesses, has stalled the measure.

The final version of the proposal was up for a final vote Dec. 14, but Commission Chairman Keon Hardemon – the sponsor of the original proposal – raised concerns about added language.

It has to do with who has the power to make decisions on these pop-up businesses.

Commissioners recognize the value and potential of business start-ups and set out to make changes to the Miami 21 zoning ordinance to encourage these newcomers.

City officials and others have cited the success of a venture in the Wynwood Arts District called The Wynwood Yard as an example of temporary uses serving as seeds for new business.

It has been described as a culinary incubator and a community hub.

The amendment would modify the requirements for temporary uses on vacant land, including extending the time a temporary use could exist.

Under the section for review of applications, the original amendment added this wording: “Required documentation may include a survey, site plan with zoning legend, elevations, parking plan, and noise attenuation plan. Additional requirements as deemed necessary may be required.”

The proposal was changed after the first reading to add this wording: “When a Business Improvement District (BID) exists, a referral shall be made to the respective BID for review and recommendation, in order to make an informed decision.”

Mr. Hardemon singled out that new language as troublesome to him.

“I’m always adverse to granting powers to other boards,” he said.

Newly-elected Commissioner Joe Carollo agreed, saying, “You hit the nail right on the head. I’m glad you brought it up.”

Mr. Carollo said he’d like to see the new language regarding BIDs “stricken.”

The Wynwood Arts District has a BID board. Coconut Grove does too.

Zoning Administrator Devin Cejas told commissioners the wording was added in part to address concerns about all stakeholders in a community receiving notice of proposed new businesses or changes in zoning conditions.

Mr. Carollo shot back, saying he didn’t like how the term “stakeholder” was being used, and questioned whether all who claim to be stakeholders are real stakeholders.

Sometimes it seems like the majority “get pushed aside by a handful of people with deep pockets who just parachuted in,” he said.

“This ordinance could be great in certain parts of the city,” Mr. Carollo said, but added his concern is how it might impact busy Southwest Eighth Street in Little Havana, the heart of his district.

He said he didn’t want to hold up passage of the item, and deferred to Mr. Hardemon.

Mr. Hardemon said a catalyst for the suggested changes was The Wynwood Yard, and the commission’s desire to help out the fledgling venture.

“But we want to get it right … the issue is: Who decides what is allowed,” said Mr. Hardemon.

Mr. Carollo then made a motion to continue the matter until January, which a unanimous vote approved.

The proposed amendment notes the growing popularity of pop-ups.

“The increasing popularity of temporary uses on vacant land has exposed challenges for code compliance and a lack of flexibility for businesses, and [the city] wishes to promote activation of vacant lands to prevent blight within the community while maintaining proper enforcement measures,” it says.

Temporary uses and occupancies are of limited duration on private property or public properties and require special review by the city zoning administrator.

The proposed amendment would add the term “food service establishments” and “recreational,” to that section of the zoning ordinance.

Any intensive commercial or industrial use or occupancy is strictly prohibited, unless expressly allowed by the zoning ordinance.

Currently, temporary uses and occupancies are limited to six months but may be extended by the zoning administrator in six-month increments for up to two years.

The amendment would extend the times this way: “…a limited duration of one year and can be extended annually administratively by the zoning administrator for a maximum of three years.”

The proposal would also add this provision: “Temporary uses on vacant land may be further extended beyond the three [year] maximum by City Commission.”

The Wynwood Yard is a hub of food and culture at 56 NW 29th St. in the heart of Wynwood.

This pop-up entrepreneurial hub introduces food, drink, design and more in an outdoor setting in the ever-evolving neighborhood.

The collection of business start-ups describes itself this way: “The food yard, events-and-live-music venue and all-day hangout space brings locals a smorgasbord of food, fitness, music and other cultural activities.”

The site cumulatively employs about 120 people, and runs about 30 events in the space weekly.

One Response to Land for Pop-up businesses face legislative tangle