Advertisement
The Newspaper for the Future of Miami
Connect with us:
Front Page » Real Estate » Coral Gables office market roaring into 2018 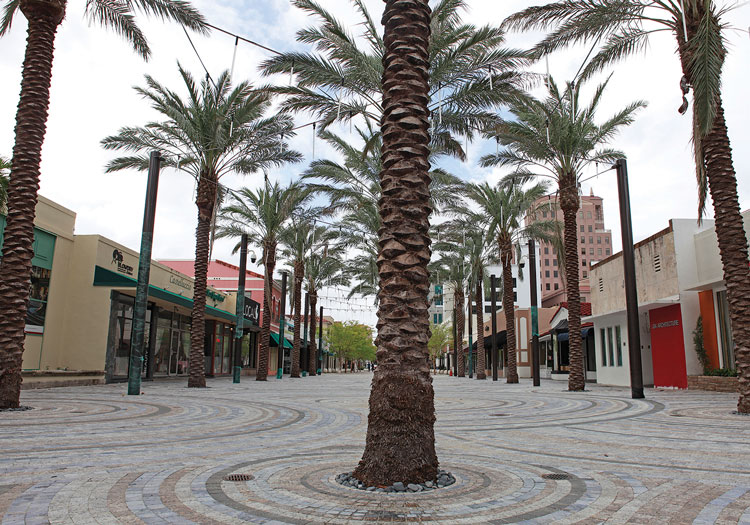 The Coral Gables office market continues to be steady and reliable, observers say.

“In the big picture, Coral Gables is solid,” said Donna Abood, principal and managing director of Avison Young’s Miami operations. “It never has major shifts, because of the value of the city overall.

“In 2018, we expect a stronger first quarter than we had this year, and the second quarter will be stronger than the first, because of pent-up demand,” she said in late November. “We’re very encouraged.”

That’s not to say there’s no competition, however. Miami Central, two mixed-use buildings in the new All Aboard Florida station, is drawing strong interest, and there is speculation that Swire Properties will embark soon on the second phase of Brickell City Centre, which will include a class A office building. Miami Worldcenter will add 500,000 square feet of offices, she said. “There’s a lot of space coming on line.”

But Coral Gables has its loyalists. In addition to the city’s stock of class A product, amenities are a big draw, she said. “People really use the trolley,” which runs on Ponce de Leon Boulevard from the Douglas Metrorail Station to Southwest Eighth Street. It has the highest ridership of any trolley in Florida, experts say.

In addition, there is a good selection of restaurants and the city has recently remodeled Miracle Mile and Giralda Avenue, which is a pedestrian mall as a trial project.

Ms. Abood hailed the spring 2018 opening of 1515 Sunset Drive, the city’s first LEED platinum office building. The building, for which Coral Gables City Hall and the Biltmore Hotel were models, Ms. Abood said, will offer more than 50,000 square feet of office space and 10,000 square feet of retail and restaurant space.

“Part of it is pre-leased; the owners are going in there, but there is still space available,” she said. “It will take some of the pressure away from the office market; there is never enough space. Sometimes, people are forced to go elsewhere. We want to have space so the market doesn’t stagnate.”

“My impression is that the market is good,” said Will Morrison, a JLL broker who focuses on the Coral Gables office market. “2016 was one of the slowest years since 2008, but there’s been a huge rebound this year. Coral Gables is leading the Miami-Dade County suburban market, with about 130,000 square feet of net absorption. There is also a $10 to $15 discount [per square foot] from downtown and Brickell.”

Firms are able to afford better space because they are downsizing offices as shared workspace and individual workstations replace offices, he said. “The trend we’re seeing across the country is that, if you can reduce your footprint, you can get into a nicer class A building with a higher rate per square foot. And in class B, there’s even more of a discount.”

When tenants choose Coral Gables, “They don’t have to deal with the traffic and the construction you find in downtown and Brickell,” Mr. Morrison said. “There is easy access to the airport, there are great restaurants and hotels. Miracle Mile and Giralda Avenue have been redone. So you can get into more attractive space, and it’s cheaper. That’s what we’re seeing.”

“The advantages are considerable,” said Mario Garcia-Serra, a shareholder in the Gunster law firm’s environmental & land use practice group in Miami, via email. “It has a central location, which is in close proximity to other business centers, very desirable residential areas, and the airport is key.

“The high quality of the urban environment and its enjoyable ambiance and walkability makes for a very desirable office location, as does the ease of being able to move about the downtown area via the city trolley and the recently introduced electric golf cart shuttle.

“I anticipate that Coral Gables will continue to be the strongest office market in the tri-county area and that this market demand will only be increased by the fact that it is one of the best places to live in the country,” he said.

“At the end of the third quarter of 2017, the Coral Gables submarket had an office vacancy rate of 7.4%,” he said. “This is among the lowest vacancy rates anywhere in Miami-Dade, Broward and Palm Beach counties combined.”

Some tenants are traditional, like Latin American regional headquarters, while some are new, including an increase in family home offices and financial services firms, he said.

“The mix of various uses (office, residential, retail, and entertainment) as well as the fact that so many foreign consular and trade offices are located within downtown Coral Gables, make it an especially practical place to live and work for younger as well as foreign professionals and entrepreneurs,” Mr. Garcia-Serra said.

Who’s coming to Coral Gables? “Companies and individual that want to be within minutes of Miami International Airport and the rest of Miami,” said Ana-Marie Codina Barlick, CEO of Codina Partners, which recently opened 2020 Salzedo, a mixed-use development that includes almost 50,000 square feet of offices, nearly 7,000 square feet of retail and 213 residential rental units in a 16-story tower.

“Finding the right balance of residential, office and retail worked for us at 2020 Salzedo,” Ms. Codina Barlick said via email. “Our office building is currently 95% leased. The apartments recently began leasing. Our location in downtown Coral Gables places us within proximity to State Road 836 and within walking distance to the rest of the city.”