Advertisement
The Newspaper for the Future of Miami
Connect with us:
Front Page » Communities » Miami-Dade looks at rolling circulator buses across county 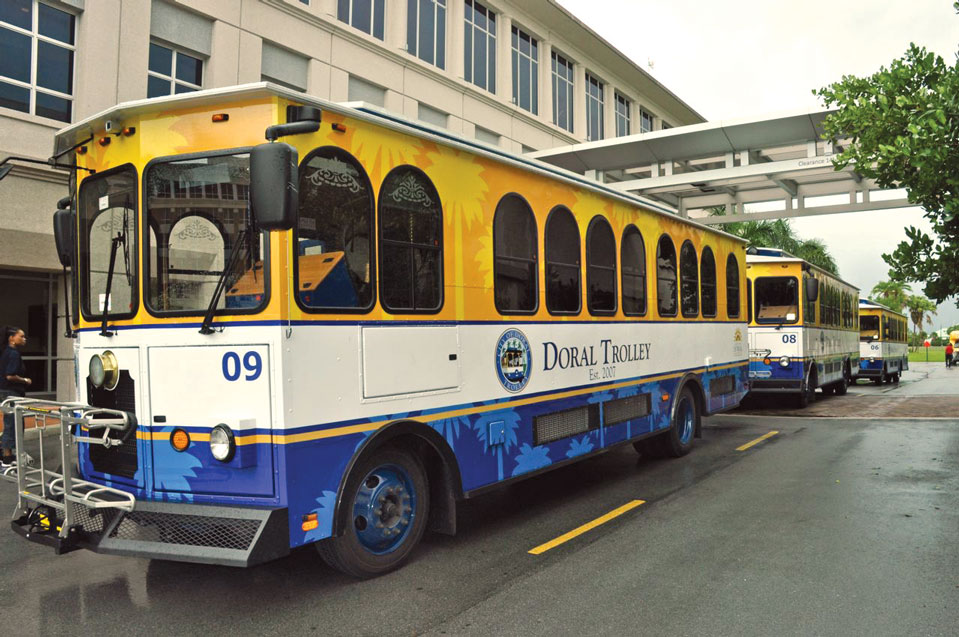 Though many municipalities provide low fare and free bus circulators to their residents, unincorporated Miami-Dade residents are left to rely exclusively on the Metrorail, Metrobus and Metromover systems. To provide more options to residents in unincorporated areas of the county and make existing systems more accessible, commissioners are asking the mayor’s office to explore county-run bus circulator routes.

The original legislation sponsored by Barbara Jordan was specific to her District 1, but Rebeca Sosa requested at last week’s transportation committee meeting that the report be expanded to include all unincorporated areas of the county.

“I love what Commissioner Jordan is doing,” Ms. Sosa said. “I would love to see an amendment to examine the unincorporated areas countywide so all districts can see where it is needed.”

The legislation directs Mayor Carlos Giménez’s office to provide a report to the commissioners within 90 days proposing a circulator bus route within the unincorporated areas of Miami-Dade.

The circulators wouldn’t replace any transportation infrastructure but would make the existing system more accessible to residents and provide more options to begin and complete trips.

Municipalities have been using circulators with increasing popularity, “and [they] should be extended to unincorporated areas of Miami-Dade County,” the legislation says.

Ms. Sosa reminded the other commissioners in the transportation meeting that the county hasn’t been able to create as many circulators as municipalities because it doesn’t have the extra cash municipalities have from distributions from the People’s Transportation Plan.

The People’s Transportation Plan is funded by a half-penny transportation surtax that voters approved in 2002 for major mass transportation improvement projects, but the money has historically been used to cover operational costs after a decline in transit revenues. In the 2015-2016 fiscal year, only $75.8 million of the $251.6 million collected went toward capital reserve projects in the county, though the original tax was intended to exclusively fund expansion projects.

Though the county has used the surtax money to cover operational costs of the transit system, municipalities also receive an allocation, and many have used the money to create local bus circulators.

“We see cities implementing circulators with the half-penny, but the difference is the [county] commission decided to use it for the operations and maintenance” of the transit system, Ms. Sosa said.

The Transportation and Public Works Committee approved the legislation, recommending that the full commission vote to have the mayor’s office report on countywide circulator routes.