Advertisement
The Newspaper for the Future of Miami
Connect with us:
Front Page » Arts & Culture » The fate of the Coconut Grove Playhouse is center stage

The fate of the Coconut Grove Playhouse is center stage 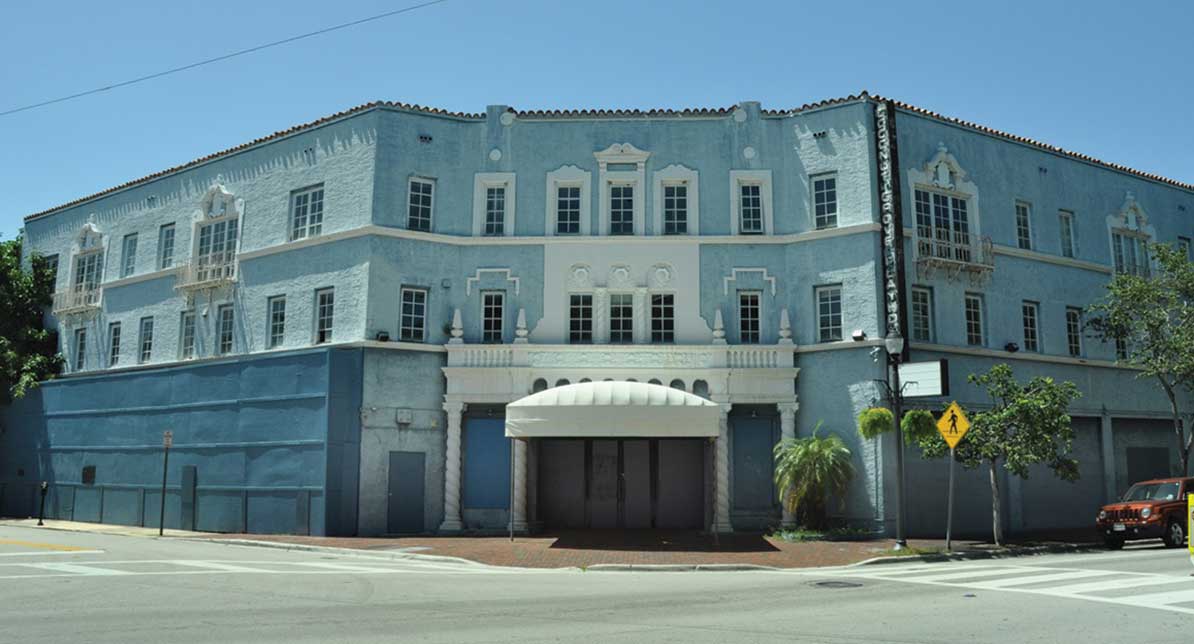 Further drama played out as hundreds of people packed Miami City Hall last week to debate the fate of the Coconut Grove Playhouse. There was little agreement except on one point: the time to act is now.
Waiting another month or year only subjects the massive structure to further wear and tear from Mother Nature and time.
No decisions were made: the town hall was designed to hear comments on restoration of the theater.
Opponents of the county’s restoration plan are now focused on packing City Hall on Dec. 14 when the city commission is to hear an appeal of the Historic and Environmental Preservation Board’s April 4 decision granting a special certificate of appropriateness to partly demolish the structure.
The one-time cinema at 3500 Main Highway in the Grove has been closed more than a decade as state, county and city officials debated its fate. The state owns the theater and leases it to Miami-Dade County and Florida International University.
The county sought the certificate of appropriateness. Its redevelopment plan would basically save and restore the theater’s front, demolish the larger auditorium and build a new 300-seat theater, along with a public garage with residential units.
The historic and preservation board conditionally approved the special certificate of appropriateness. Residents Barbara Lange and Katrina Moss appealed that decision.
The county deemed the board’s April 4 vote approval of its master plan concept.
County Commissioner Xavier Suarez and Miami Commissioner Ken Russell hosted the town hall.
Mr. Russell called the playhouse “our greatest treasure in the Grove” and vowed imminent action.
“I don’t want to lose our past … we’re going to do this now – we just need to get on the same page,” he said.
That’s proving to be a challenge with preservationists, theater lovers and others taking sides: Many support the county plan, which includes having GableStage, a Coral Gables nonprofit, run the 300-seat theater; many back a proposal from arts supporter Mike Eidson for a 700-seat theater; and others like a plan floated a few years ago by architect R.J. Heisenbottle to restore the structure as a 700-seat theater and build a separate 200-seat studio theater next door to what is now a three-story Mediterranean Revival style building at Main Highway and Charles Avenue.
Michael Spring, county cultural affairs director, spoke briefly last week to lobby for the county’s plan.
“I can tell you it will be beautiful – a great regional theater. And best of all, we’re already under way,” he said.
County officials have set aside $20 million in approved bonding to revive the theater.
County Mayor Carlos Giménez delivered a to-the-point statement at the meeting, saying voters decided in 2004 to “breathe life” back into the playhouse and the current standstill hurts.
“With each day that passes, we’re missing out. We need to get it done now. The state and the county have approved this plan. It’s a sad state that today we’re the victim of wild speculative schemes,” he said. “We can argue about the size and [who will run the theater], or we can come to our senses. The county plan works.”