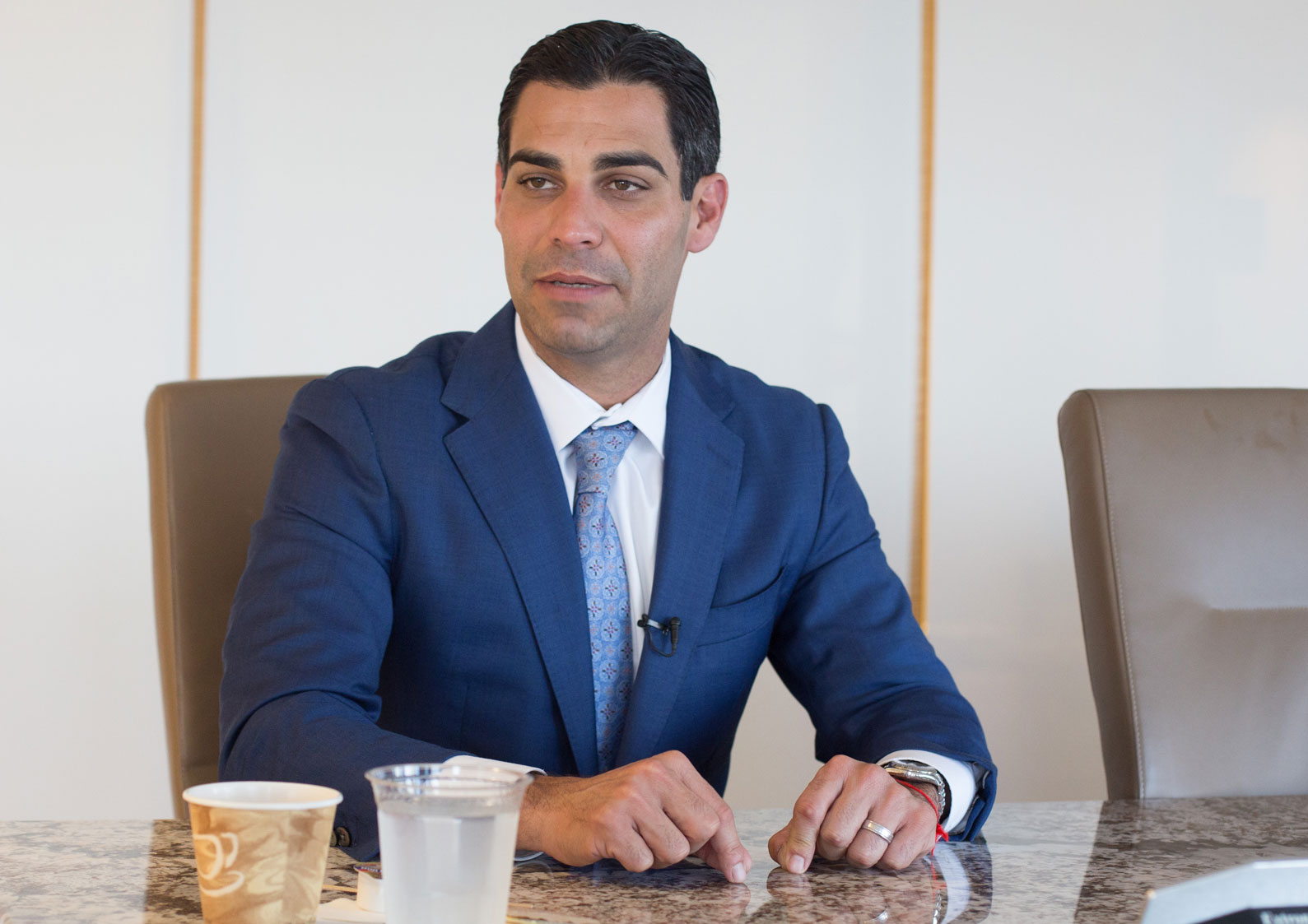 “I want to be reappointed,” Mr. Suarez told city commissioners at the first meeting since his election to the top job Nov. 7.

During routine appointments and reappoints to boards and committees, Mr. Suarez expressed his desire to be reappointed as the city’s representative on the TPO.

Eight or so years ago, when his first term as a commissioner began, the city commission appointed him to the regional body, at the time called the Miami-Dade Metropolitan Planning Organization, or MPO.

Mr. Suarez said that connection on the regional body has been valuable for the city, in particular since he was elected its vice chairman about three years ago.

He said there is value in the continuity of continuing to represent the city on the TPO, which among other roles can be an advocate for garnering state and federal tax dollars to help fund expensive transportation projects.

The city commissioners did reappoint Mr. Suarez to the TPO, and followed his other request to pay a “financial participation fee” of $22,222 to the TPO for fiscal year 2017-18.

“It gives us skin in the game,” he said, when looking for financial backing for transportation improvements.

Mr. Suarez agreed, noting the value of the city’s participation in the TPO.

While Mr. Suarez has been a critic of the organization’s “parochialism” in the past, he has also praised efforts of the TPO. He said the organization paid for a study on the feasibility of the proposed Brickell Tunnel project to ease the traffic congestion downtown.

The new mayor said he will use that study on visits to the state capital in Tallahassee when he’s seeking funding for the tunnel’s construction under the Miami River.

The new fee is applicable to non-county governmental agencies with a voting membership on the TPO’s governing board, says a background memo. The governing board unanimously established the participation fee in July.

A letter to the city from TPO Executive Director Aileen Bouclé reads in part: “This financial contribution will enable the TPO to engage in critical activities to advance the TPO priorities, particularly the implementation of the Strategic Miami Area Rapid Transit (SMART) Plan. These tasks include… advocacy and lobbying at the federal and state levels, hosting peer exchanges and special events, and purchasing promotional materials, which cannot be paid from federal or state funding sources.”

The federal government established MPOs (or TPOs) to ensure transportation planning compliance in urbanized areas such as Miami-Dade.

Also, the Florida Legislature established requirements for MPOs to develop plans and programs that will encourage and promote the safe and efficient management, operation, and development of surface transportation systems that will serve the mobility needs of people and freight and foster economic growth and development within and throughout urbanized areas of the state.